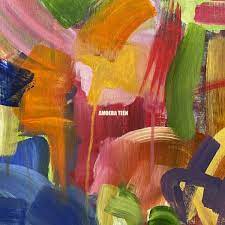 Self-titled follow-up to 2019’s Medium Wave album by Stourbridge outfit Amoeba Teen, with 10 brand new tracks making up the band’s third long player in total since forming back in the late 1990s. Ian Canty was a pretty simple teenager and he isn’t much different all these years on…

After a three year hiatus during which the world has pretty much been turned upside down, Stourbridge power pop maestros Amoeba Teen return with a brand new self-titled album on Big Stir Records. The band came together as a solid unit when songsmiths and Amoeba Teen founders Mark Britton and Mike Turner greeted the arrival of a rhythm section in the form of drummer Carl Baylis and bass player Simon Muttit in 2016. Before this they only really existed on the demo tapes Britton and Turner had knocked together from the late 1990s onwards. With a full line up finally in place, Amoeba Teen took to the road and played many live shows, impressing audiences with pure pop hammer adorning some well crafted tunes. They put out their debut LP The Appleyard Sessions a year later in 2017, with 2019’s Medium Wave seeing them break new ground as Big Stir’s first UK band.

Mainstream kicks this new self-titled LP into gear with just over a minute of superbly chilled out psychedelia, until the band suddenly dart off into a totally different area altogether. A more upfront and insistent pop rhythm asserts itself instead, being just the kind of knowing, excellently constructed and instantly memorable pop pounding winner that Amoeba Teen specialise in. Just Not That Into You follows with an insistent, driving beat, unfolding into a pure guitar-driven ace with pithily observed lyrics rooted deep in the real world. It’s the inverse of a “hearts and flowers” love song and very clever but down to earth. The heavenly harmony vocals that are here mark this album all the way through, a lovely detail.

Next comes New Material World, where an edgy near-new wave structure and intensity plus soaring guitar work really push it into the stratosphere. There is plenty of kick to Amoeba Teen’s work, they have the knack for a quality melody of course, but marry it to a full-on musical attack too. Amoeba Teen the album slows the tempo a touch with A Good Reason Why, which is set in a very pretty and dreamy 1960s folk rock style. This again shows the band as a highly flexible unit, one that can turn their skills in a particular of direction to suit each mood. The track itself works stealthily towards a crescendo that is just beautifully realised. It all adds up to one of the highpoints of the LP.

January sports some easy going and well-judged country rock sounds and then a deep bass growl and colossal drums herald the onset of Barlight Crawl. This is a more jagged but still very comely item, a cross of r&b style strut and meaty modern pop music like if a 21st century version of The Stones played power pop. It is similar to Mainstream in a way that it boasts a big, assertive pop groove, this tune lets the buzzing rhythm work take the lead and again the Amoeba Teen vocal smarts come up with the goods. We then have what sounds to me like an update of the late 1960s/early 1970s ornate melodramatic pop style called Melody Told Me. The arrangement here is amazingly well done, hats off to putting that together and this ensures that all of Amoeba Teen’s strengths are combined into one really infectious pop nugget.

Being somewhat simpler in style, Monica Wake Up is just as charming and Putting The Kids Through College shows the band’s wry and off-beat worldview in full effect. Again they utilise another style here, with a louche jazz intro that prefaces the long sleepy drift towards the chorus. The final track of Amoeba Teen is the fuzzed up King Of The Cut. This number has the feel of psych/freakbeat in its wild guitarwork, but it is far from being derivative or stuck in the past, there real bite and originality here. Melodies zoom in and out and the effect is noisy, tuneful and bracing. King Of The Cut provides a fittingly epic climax to what is a bright and addictive display of pop/rock vim.

I’m a bit late on the scene with regard to Amoeba Teen, but this album presses all the right buttons for me. It is as inventive, novel and catchy as one could wish from a powerful pop collection, with the tunes quickly lodging themselves in the memory. There’s plenty to delve into and discover after a few more listens too, as despite being filled with hooks Amoeba Teen the LP is also one of hidden depths and neat touches of detail that will be teased out in time. A hugely likeable collection of the kind of literate pop music that should by rights dominate the radio bands throughout the coming summer months, Amoeba Teen has the ability to make the sun shine just that bit brighter.