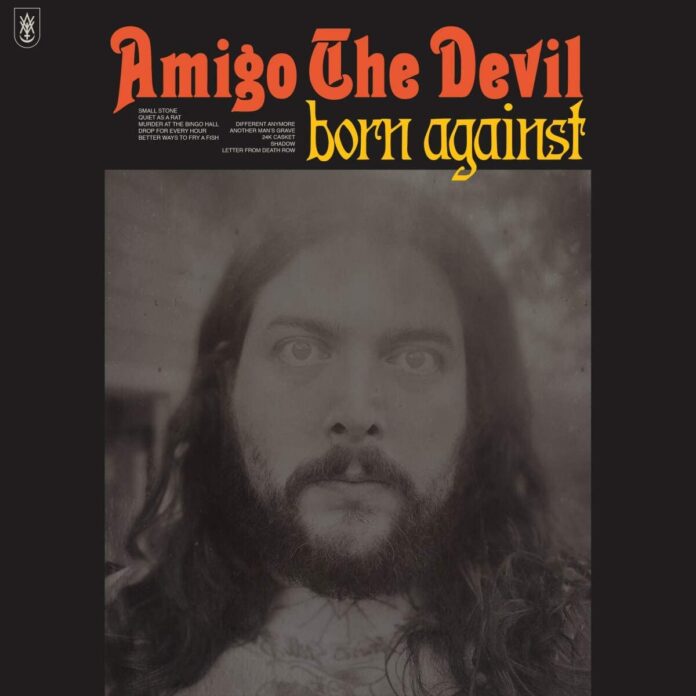 Amigo the Devil: Born Against 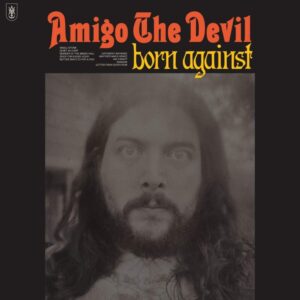 Amigo The Devil’s second album, Born Against, once again pushes the boundaries of traditional folk, Americana and country music to their limits. Ian Corbridge is in no doubt that this masterclass in storytelling is one of the great albums of 2021 as Amigo’s mixture of dark, macabre and humorous tales and haunting soundscapes take you on a rollercoaster ride of emotions.

Whilst rock ’n’ roll lies at the heart of everything I love in terms of music, I cannot deny that I have always been a sucker for a storyteller. I guess that comes from my long-standing and enduring love of Bob Dylan going back to those epic tales from the early 60s that had such an influence on so many artists who followed. And, of course, there have been so many artists who have stepped in Dylan’s huge footsteps since that time, but it is always exciting to find a new wave of talent who can provide that level of inspiration, not just through the music, but through the stories that are told within it. And that brings me to Amigo The Devil.

Danny Kiranos is the man behind the alter ego that is Amigo The Devil. With a family background based in both Spain and Greece, Amigo was introduced to a wide variety of musical influences from an early age, ranging from Eastern European folk sounds, Australian bush ballads through to Spanish and Cuban Bolero traditions. So expectations are always high for a heady cocktail of influences to shine through his music.

Amigo The Devil’s debut album in 2018, Everything Is Fine, cemented his growing reputation for pushing hard against the boundaries of traditional folk, Americana and country music. This reputation had been built through a body of earlier songs which were put together in a collection, also released in 2018, entitled Volume 1. Many of these songs had already achieved significant streaming figures on various platforms supported by an ever-growing worldwide audience.

There is little doubt that Amigo’s work draws much inspiration from the sounds and styles of the likes of Tom Waits, Leonard Cohen, Johnny Cash and Father John Misty. This is clearly evident in his new album, Born Against, which again displays Amigo’s penchant for dark and macabre storytelling, the deep emotional turmoil and philosophical thoughts that he explores through his lyrics, and a great deal of humour which he likes to throw into the mix. What struck me in particular was the intensity he derives through immersing himself in the characters within each song, drawing you right into the heart of the narrative.

Opening song, Small Stone, immediately has an epic quality about it as it starts off in a mellow vocal tone, but rises suddenly as if Elvis has been re-born, with sweeping strings taking the song through to a crashing and stunning crescendo. It seems to be a story of loneliness, potentially fuelled from a journey back from addiction, and has such a powerful and emotive spirit that plundered deep into my soul. I was completely gone already and knew there was no turning back from this.

Quiet As A Rat is an altogether more raunchy affair with a rasping trumpet paying deference to his Spanish roots. Comprised of three vignettes that feature characters hiding their inner turmoil in order to maintain a strong outer façade, the haunting vocal explores the fine line between belief and control, using numerous biblical references.

In complete contrast, Murder At The Bingo Hall, which is channelled through the organ and piano of his producer and main musical accompanist Beau Bedford, really displays Amigo’s sense of humour as he explores the intense atmosphere at a Wednesday night bingo hall gathering by aligning it to what sounds like a scene from a wild west movie. It’s the ultimate analogy for a fiercely competitive spirit and another lyrical masterpiece. I have witnessed a large bingo hall in full session and, trust me, this is not as far from reality as you might imagine!

Drop For Every Hour is delivered with significant venom as it delves into a failed relationship that can never be recovered. Again, the opening banjo refrains declare his roots as an intense sense of emotional chaos gradually takes over the narrative, which is full of regret and resignation, finally being overtaken by a dramatic string infused finale. Better Ways To Fry A Fish almost feels like a short yet slightly odd interlude as a bluesy lament presents a brutal take on justice and retribution.

Different Anymore is a truly heart-breaking ballad full of regret and atonement in a bid to change for the better. Amigo’s vocal is delivered with such passion and sincerity it takes me right inside the head of the storyteller, and the haunting backing vocals as it closes give the song an almost overwhelming epic quality. Simply beautiful.

Another Man’s Grave has a largely acoustic-based setting and plunders the fear and self-doubt so many of us experience in behaving in a way that is not true to ourselves. There is little doubt that we live in a world where so many external pressures affect and destabilise our routine and outlook on life, with social media being a prime example. And, with a focus that is so rightly placed on mental health issues these days, this narrative will resonate with a lot of people. Prophetic lines such as “God damn the man who said everything’s gonna be fine” and “life is a lot like a sewer, we get out of it what we put in” really provoked some personal self-reflection to take stock on life as I certainly do not wish to get stuck in a grave I know I don’t belong in. Powerful and captivating.

24K Casket is a jaunty little number considering it speaks of “a world that doesn’t want us on it anymore”. It’s a straight-up country and western banjo romp, infused with a classic honky-tonk piano refrain. Again a song full of humour, it presents a sense of resignation that we should just put up with what we get and be happy if we manage to die with dignity. Shadow on the other hand is a dark and sinister bluesy lament leaving us with the question “who protects the shadow from the dark”?

Closing song, Letter From Death Row, is a deeply moving account of a person in his final 24 hours and who is resigned to his fate. The lyric takes you deep into a journey of solitude and regret, whilst recognising the loved ones that are left behind and how things could have been so different. Tragic yet beautiful in equal measures it proves a fitting end to the album.

Born Against is another magnificent journey through the dark and mysterious world of Amigo The Devil, combining his poetic and macabre sense of storytelling with haunting and epic soundscapes. It explores such a wide range of emotions from heartbreak to humour and beyond with such thought-provoking narratives, all backed by such expansive musical arrangements and unconventional sounds.

Rarely does an album contain so much soul, emotion and mastery of the art of storytelling, conveyed through such warmth, passion and sincerity, but this one has it in spades. This album is already cemented in my list of the best albums of 2021 and will stay with me for a very long time.