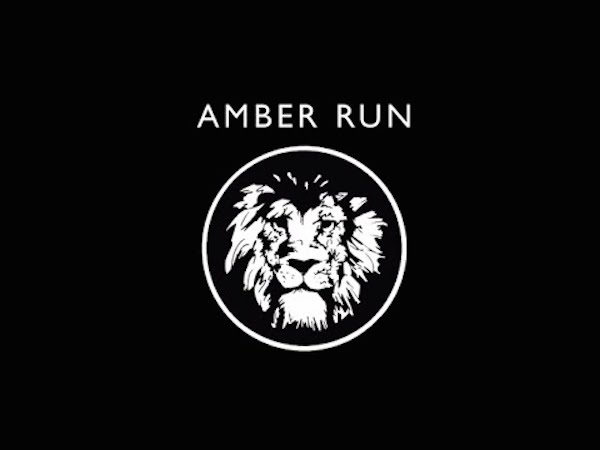 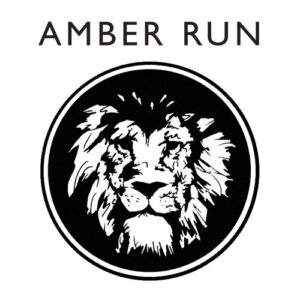 Nottingham five-piece Amber Run released their debut album last month which they swiftly followed up with a tour playing songs off it. Louder Than War caught them in London, from where Keith Goldhanger reports.

Fuck off Coldplay with your forty quid evenings out and your flashing wrist bands, flashing lights, flash cars in the car park, big screens, big lights, big crowds and confetti guns …. that’s why some of us couldn’t be arsed with your last album.

Contrived stadium anthems written for stadium performances in mind are OK for a bit until you realise the tunes you’re waving your arms in the air to have never breathed inside a room small enough to swing a cat whilst concerning yourself about the four walls in close proximity to the bit of the cat furthest away from a clunched fist.

If you have an unqualified hatred of bands like Coldplay you’ll not like Amber Run much. However if, like some people around here, you enjoy the opportunity to clap along with your arms in the air singing along to the choruses you don’t need to know the words to at the top of your voices then you’re probably at the bar getting the beers in whilst a friend who wants to write about this lot holds fort against a barrier at the back in order to be able to watch the band above all the cameras and iPads being held aloft filming every move this Nottingham band make this evening.

Yes, one of those kinds of concerts.

The arms aloft begin from the second song and already by this time it’s noticable that the joy in the faces of this five piece is reflecting the celebratory news that they’ve found out this week “We’ve a top forty album” (more cheers from the more vocal female part of this audience). Ploughing through the album that contains song titles they’ve probably even nicked off Coldplay the set ebbs and flows from the anthemic to the pure miserable, giving some audience members the time to stop watching the band and snap photos of each other, sway too and fro holding each other’s hands as they do so whilst trying very hard not to fall over in their nice shiny high heel shoes.

Yes, one of those kinds of concerts.

Its a lazy comparison that everyone else is using but the songs we get here this evening are as exciting as the ones we listened to back in the days when Chris Martin had spots and a casual girlfriend who worked behind the bar at the Dog and Duck. It’s the way Joe Keogh sings “Flaaaaaame” during “Noah” in the same way that Chris Martin sings “Skiiiiiiiin” (Yellow) that gives the game away.

Support band Rhodes (equally as impessive as when we first bumped into Amber Run last summer but without any big anthems that have registered just yet) do the same when pronouncing “Looooove” – Audiences love this stuff and the bigger they become the louder the singalongs and the more like standing in the audience of a Take That concert all this seems to mirror.

A big ending throwing “I Found” at us with a male/female choir bookending the stage was ace but probably unnecessary as everyone else in the crowd sang along even louder (there’s more of us then them, even with a choir and amplification).

The quick obvious return and well deserved encore of “Heaven” and the current stadium anthem that may not have been played in a stadium yet, “Noah” ends the evening.

Grown men and women, scream, embrace, take photos stare at the bight lights (yellow) and realise they’ve had a night out in a relatively small room listening to tunes built for awaiting venues that will cater for the hundreds who will also lap this up in the not too distant future.

Adult Orientated Indie to play in front of the couples who have to dash home to free the babysitter.

“Oh, but I don’t want to be the center of anything

Just a part of something bigger”.

Fair enough and enjoyable for some of us watching this band slowly achieving this as the months go by. The “something bigger ” in this case could be interpreted as the mainstream and the part of it they’ll soon become.

That kind of band.

Top 20 last time I looked and a storming summer ahead of them to grow even bigger – where’s that box of industrial laser pens I bought last year…….?