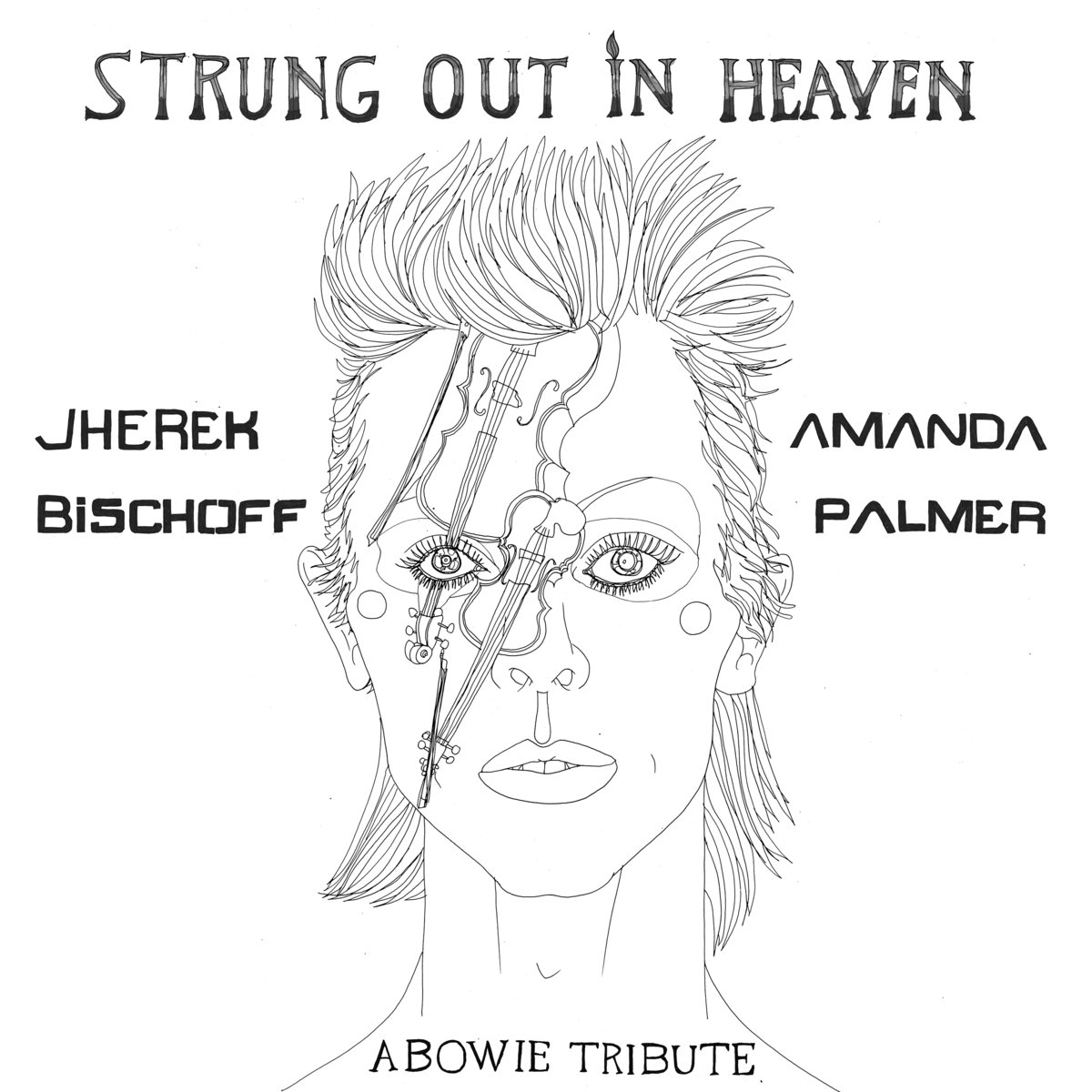 Strung Out in Heaven: A Bowie String Quartet tribute

There are few ways to pay tribute to a creative genius than through the medium by which they established themselves as remarkable. But in the case of David Bowie, his work comes with such a weight of cultural and creative significance that it is often considered too risky for an artist to even touch. Yet Amanda Palmer and Jherek Bischoff have come together to pay tribute to the late Bowie in a show of respect and sheer artistic bravery. Louder Than War’s Thomas Roden finds out if this is wise or foolish.

The overwhelming (yet indefinitely deserved) outpouring of grief when David Bowie passed away was beyond that for any other public figure I have recollection of living through. Floating in the overflow of emotion and tears were many tribute works of art, proving – as if proof were necessary – that Bowie’s art is as versatile as his personas were. Of all the musical offerings though, none quite ring with the same meaning or intrigue as Amanda Palmer’s latest collaborative EP with Jherek Bischoff.

The EP, titled “Strung Out in Heaven: A Bowie string quartet tribute“, makes sure that the spirit of Bowie lives on in all its transcendentally experimental glory. Opening with Blackstar – Bowie’s penultimate single yet one that not many have covered in tribute – the strings create a looming sense of melancholy that builds and builds across the whole EP, in this case beneath an exceptionally good vocal from Anna Calvi. Good while this is, it feels slightly lacking in terms of the sheer otherworldly experimentalism that the original had. But of course, this is not Bowie and it shouldn’t be treated as such.

It’s this refreshing take on the overall sound that makes the EP such worthwhile and, dare I say, essential listening for Bowie fans. It covers Bowie but without ever seeming to try to emulate it, composing a sound that is both melodious and dissonant, both gentle and volatile, and both mournful and celebratory. There are few better sounds to pay tribute to the eternal genius of Bowie than a string rendition of Heroes with Palmer delivering atmospheric vocals, with the exception of Helden – a German-sung version of Heroes that, given the album formed part of the infamous Berlin trilogy, is exceptionally fitting. Bowie would be proud.

Palmer and Bischoff are aware that many Bowie tributes simply covered the classics and hits – Space Oddity, Heroes, Life On Mars – but few ventured into the glory that was his later years. It is fitting that Blackstar, perceived by many to be Bowie’s self-penned eulogy, is the opening number on this release. This isn’t a cobbled together cover to pay a quick respect in a radio-friendly fashion; it’s a genuine tribute that covers the heights of popularity and the depths of fascination that made Bowie so unique. It sets out to blur the lines between easy listening and a challenge, and it achieves the balance perfectly.

Those eager to fall into the pit of bliss that is Strung Out in Heaven can listen to the EP here. You can also follower Amanda Palmer on Facebook and Twitter.