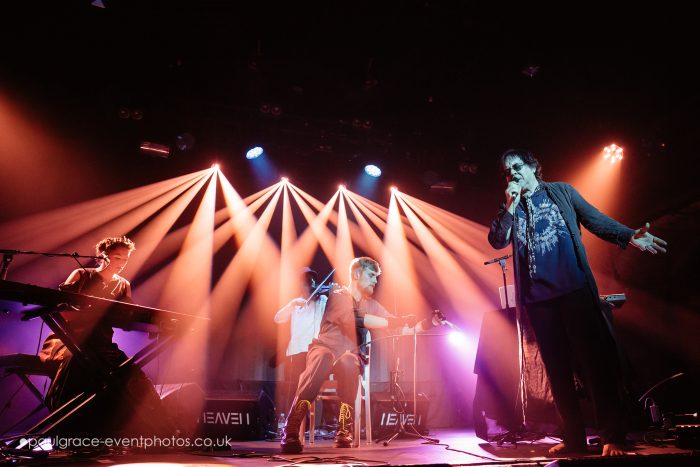 Amanda Palmer (aka Amanda Fucking Palmer) describes herself as a “confused musician, best-selling writer, piano-slayer, ukulele-wielder, love-lover, ruler-hater”. Earlier this year and in collaboration with ex-The Legendery Pink Dots singer, Edward Ka-Spel, she released the critically acclaimed I Can Spin A Rainbow, an album full of poison poems and nightmare nursery rhymes. And tonight the circus rolls into Heaven’s arches…

The awesome crowd are the ultimate gender-queer melting pot. At a time when the UK is sitting on a razor’s edge and hate crimes are at an all time high, it’s so warming to see such a diverse crowd rubbing shoulders and getting on. Ah, the power of music.

There’s no support tonight and at 8.30pm sharp the house lights dip, the fans release a welcoming roar and a lonely violinist hits centre stage. A strings intro indicates the opening of The Unlikely Event and the rest of the band appear.

Palmer has a haunting other-worldly persona as she plays the piano or wanders around the stage. During Pulp Fiction, a duet with Ka-Spel, her delivery is calm and composed until she yells “Turn the light on Abigail!” causing the crowd to scream with approval. Throughout the show, the passion with which she delivers her lyrics is breathtaking. 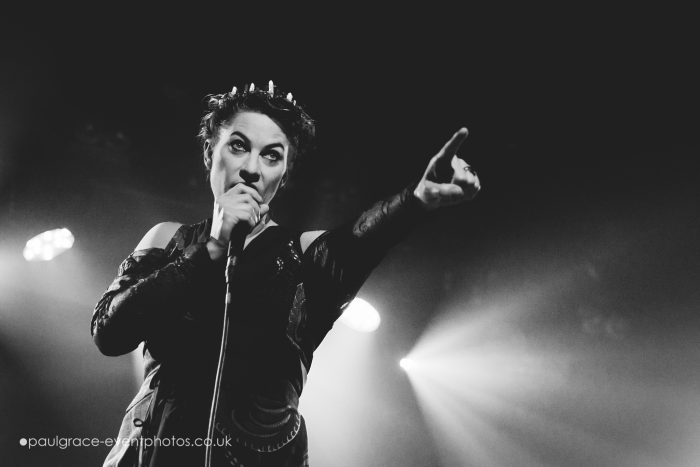 The performance is fluid with long pauses between tracks as anecdotes are shared and songs given context. Shahla’s Missing Page, Palmer explains, is the chilling story of an Afghan girl who lived under the rule of Taliban and when she was only nine years old her father gave her a small vial of poison “in case she’d ever need it”.

Song structures are curiously reminiscent of children’s nursery rhymes with a warm and familiar delivery only with a far more sinister narrative. The Clock at the Back of the Cage is minimal and haunting, one of the most personal songs Palmer has ever written and full of nightmarish metaphors symbolic to her own life story. The instruments accentuate the spooky vibe of course with de-tuned keys and ghostly strings. At one stage an extra band member appears who plays a wood-saw with a violin bow, creating a fabulously eerie sound.

Before tonight I wasn’t terribly familiar with Amanda Palmer and Edward Ka-Spel’s work, but I’m now absolutely hooked. Boundary pushing and oozing with avant-garde creativity, the show was twisted and playful, but above all beautiful.