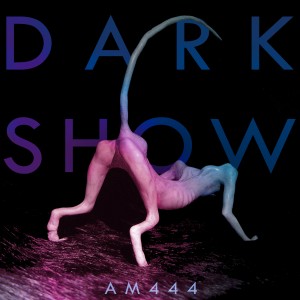 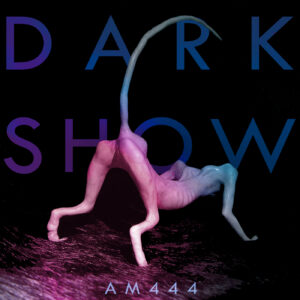 The strange beast on the EP cover doesn’t stop there. This collection of five tracks is a strange beast indeed. Strange but brilliantly enthralling.

AM444 are ChaCha, a Chinese singer and MC, and Jay Soul a Dutch producer. Together they make haunting, sprawling, experimental electronica which is completely fascinating.

The story goes that ChaCha joined reggae collective Uprooted Sunshine in Shanghai after her move from Beijing in the early part of this century. She soon expanded her repertoire and moved into trip-hop and bass. Her collaborations with several artists resulted in her being picked to represent China at Madrid’s Red Bull Academy in 2011. At Shanghai underground electronic music club Shelter, she teamed up with Jay who had moved to China which he favoured over New York and Berlin.

The pair now blend reggae with ambient and electronic pop to make a sound that is completely unique. The title track, Dark Show, is a steaming pseudo sexual alternative pop affair and probably the most commercial on the EP. Its slow moon-stomp is accompanied by electronic waves and a repetitive loop before the beautiful vocals of ChaCha enter. The chorus is simple and cyclic but it sucks in the listener and just won’t let go. It’s hypnotic and entirely fabulous.

Huo is minimalist too, but in an almost complex way. Its sounds and effects weave and swirl around in a poignantly haunting way and the occasional bass churn works brilliantly. There’s a more 80s krautpop feel to Lian which again follows a dark theme and gyrates like a circus trapeze artist in slo-mo.

Not What It Seems is more accessible and has the makings of an unorthodox club track with its more conventional drum pattern and melodies. The EP ends with the Forrane Mix of the title track, another weird reprise and a mix which differs tremendously from the earlier version with an almost jazz feel.

It’s all very clever and a delight to the ears.