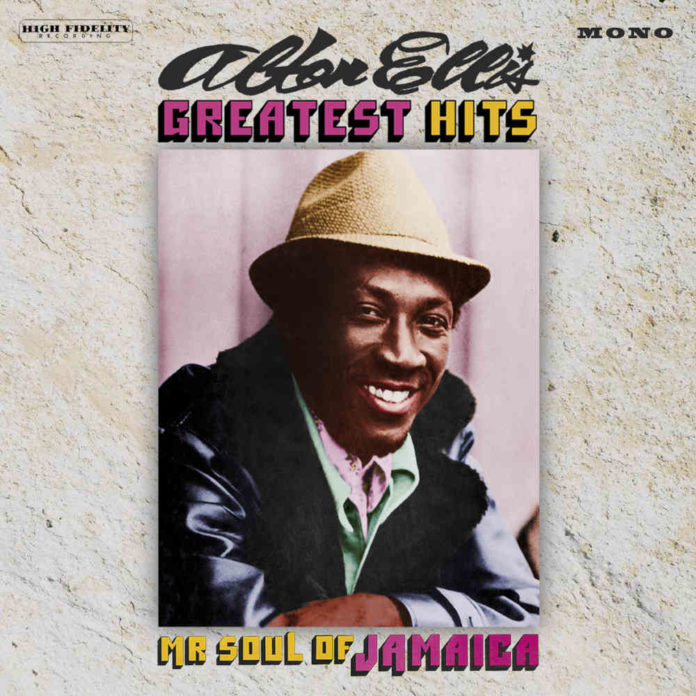 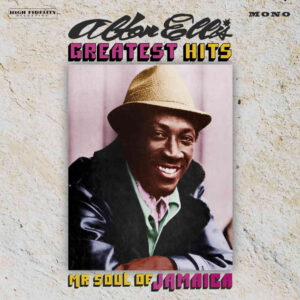 If anyone deserved to be called Mr Soul of Jamaica it was Alton Nehemiah Ellis. He was born 1st September 1938 into a musical family – his younger sister Hortense carved out a good career of her own in the 60s and 70s, appearing alongside her brother on stage and record. Older siblings Leslie and Irving also sang regularly, but Alton first made his mark as a dancer. He appeared on the Opportunity Knocks talent show hosted by Vere Johns, demonstrating his dancefloor moves. Whilst competing there he met Eddy Perkins, who he formed a singing duo with.

The pairing were popular on Jamaica’s pre-ska r&b scene, scoring hits cut at Studio One And Randy’s. Eddy Perkins split for the US after winning a talent contest on his own, leaving Ellis unsure of his next move. Though Alton performed solo, in a duo (with John Holt) and with a vocal group (the Flames, who included his brother Leslie), he still continued to record the rhythm and blues that he loved even though ska was the fashionable sound. He did have some big success with “that driving beat” like the anti-Rude Boy violence classic Dance Crasher of course. Don’t Trouble People from 1965, which is a bonus on disc one here, is a truly excellent example of the form, showing he had a sure touch whatever the pace of the rhythm.

He never really found his true calling though until the rock steady beat arrived in late 1966, when he even issued the scene’s clarion call in the Rock Steady single. The slower pace and the greater reliance on soulful singing was a perfect fit for him and he scored many of his biggest hits in Jamaica during that period, cutting them for Duke Reid’s Treasure Isle imprint. Because of his wild success during this period he was often dubbed the King or Godfather of rocksteady. No overstatement, as any casual listen to his material of the time will ably demonstrate.

This was his prime era, where he cut hit after hit and this is what we find on Greatest Hits – Mr Soul Of Jamaica. Taking its base from the 1973 album the Duke put out three years after Ellis left the studio for the last time (he absconded to Studio One for a while a few years before his final exit), this compilation rounds up all his output set down at Treasure Isle during the latter half of the 60s. The 12 tracks that make up the album itself span the years 1966-70 and are a masterclass in impeccable, emotion-filled singing and soulful, danceable music.

The sad and tender Breaking Up opens the LP in very cool manner and I Can’t Stop Now has some great horns and backing from Tommy McCook and the Supersonics to go with the flawless singing. A bright version of Motown tune You Made Me So Very Happy is a great cut and piano and organ duet in a lovely fashion on the cool dance groove of Remember That Sunday.

Chatty Chatty People chides the gossip that ran riot on the Kingston music scene of the day and If I Could Rule The World has a proto-roots feel, as Alton sets out his viewpoint if he was running things. As things stand, I wish he was. Anyway I digress, the album proper finishes with another rock-solid rhythm in What Does It Take.

It is important to remember that even though Alton was a consummate singer, he didn’t eschew social comment or taking a stand in his songs either (he wrote a large amount of his own material). During the time of rocksteady the Rude Boy influence at dances was at its height and Ellis condemned the violence that often accompanied it on two of his biggest hits of the time Dance Crasher and Cry Tough. Take 5 of the latter is among the bonus tracks on this disc. The foreboding bass of guest vocalist Lloyd Tyrell’s voice works brilliantly alongside Alton’s higher tones. In a funny way it may have signposted things for the toasting style of the early 70s, where DJs “answered” the vocalist of the original sound.

Elsewhere on the extras Alton duets with Phyllis Dillon on oldie Love Letters and on I Love You, which is a straight slice of prime soul. Rock Steady, the song that heralded the movement, is still a danceable winner and the slow and smooth I Can’t Stand it admonishes roughnecks again with a real brio.

Disc two of this set rounds up some different versions and hits left off the original album. Dance Crasher is here and very good it is too and Gene Chandler’s Duke Of Earl gets a nice reggae do-over with some unexpected violin! The Preacher is the sound of rock steady taking off in 1966 and showbiz standard (You’ve Got) personality is recast for the original reggae era. Talking of which, Pumping In shows that Ellis certainly was not a spent force as rocksteady faded, it has great guitar work and some fine gutsy vocals – a gem.

He shows his love for r&b/soul again on The Same Song and there’s an appealing duet with sister Hortense on Don’t Gamble With Love. If A – You’re Adorable now brings back too many memories of Morecombe and Wise, it is a decent attempt at ska-ing up and Party Time is marvellous. An on the cusp of reggae recording with a hint of Dave Barker’s James Brown rabblerousing, it works very well indeed. A soul version of I’ve Got A Date, with the single mix featuring on disc one, brings this set to an agreeable close.

After his time at Treasure Isle Alton continued to have a highly successful career of recording and performing, smoothly navigating the various crazes that arose and always with that wonderful voice in A-1 nick. He died in London on 10th October 2008, leaving a huge legacy to Jamaican music. Greatest Hits – Mr Soul Of Jamaica finds him at his very best, with great songs, excellent musical accompaniment and that voice on tip-top form. Perfect for the dance and for every mood, be you joyful, sorrowful, lonesome or exhilarated. Here’s the magic of Alton Ellis, music that lifts the heart.