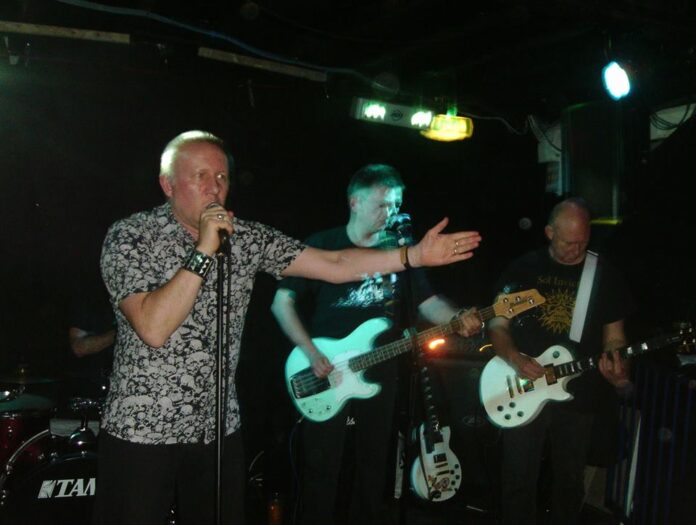 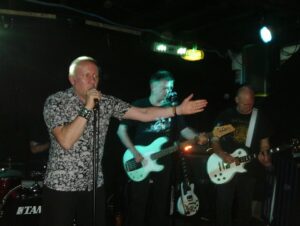 Mark Perry plays Alternative TV’s The Image Has Cracked as he bids farewell to his adopted home town of Portsmouth. Ged Babey asks How Much Longer…?

To some of us, the-punk-rock-inspired-generation, Mark Perry is as important a figure as Rotten or Strummer. He started Sniffin’ Glue, the first UK punk fanzine and formed Alternative TV, a band who criticised punk from within and brought honesty, fallability and risk-taking into the equation.

ATV waved their flaccid penis in the face of cock-rock-isms rising within punk. They said, “you don’t know nothin” to all the psuedo-intellectuals and told us that life was about “as wonderful as a tramp lying dead in the road”. They documented the good times with a wry “so management tell us”.

Mark Perry also famously told us that “punk died the day The Clash signed to CBS”.

I had a great heckle planned; “punk died the day ATV played a ‘greatest hits set’.” but I forgot to use it as I was just having too much fun listening to a fast, furious, ATV 2014 incarnation kicking out the jams with a pure punk performance of the Image LP plus ‘punk hits’.

ATV were always about moving on from the generic specifications and limitations of ‘punk’ so it is deeply ironic that 36 years later Perry is fronting a tight rock band playing formulaic punk rock…even if they do sound fuckin’ ace, which they do.

This was a low key gig in the city Mark has made his home for the past decade prior to a move to a more rural part of the country and it followed a triumphant Rebellion appearance.

It was a fantastic performance in front of a crowd of veterans of the punk wars who couldn’t believe there luck.  Still Life still sounded monumental – the song which invented sharp and angular post punk.

You Bastard (according to my mate Ian, “surely the best B-side ever?”) was perfect, and when followed by the Ramones song that gave Sniffin Glue its name and a second airing of Action Time Vision, the best seven minutes of punk rock you’ll ever hear.

This gig and Rebellion were, I’m guessing, a one-off.  ATV are not about to join the nostalgia circuit I don’t imagine.  They might revisit the Punk Life album, some of which they recorded with Steve Albini or maybe even a vibing up the Senile Old Man set?  That would’ve been a good heckle too!

Honourable mention for support act the Money Shots, a new local rock’n’roll band made up of two of Night of Treason and mates. Aspirations to be a pub rock/early punk rock’n’roll band Stiff/Chiswick style are scuppered by an awful choice of cover version ( Tainted Fookin Love – I ‘ate that song, torture) which put me in the mind of …. (now this is probably the most obscure comparison to another band that I’m ever gonna do, so get ready for it trainspotter punk fans…) Jett Bronx & the Forbidden. Lloyd Grossman’s band.