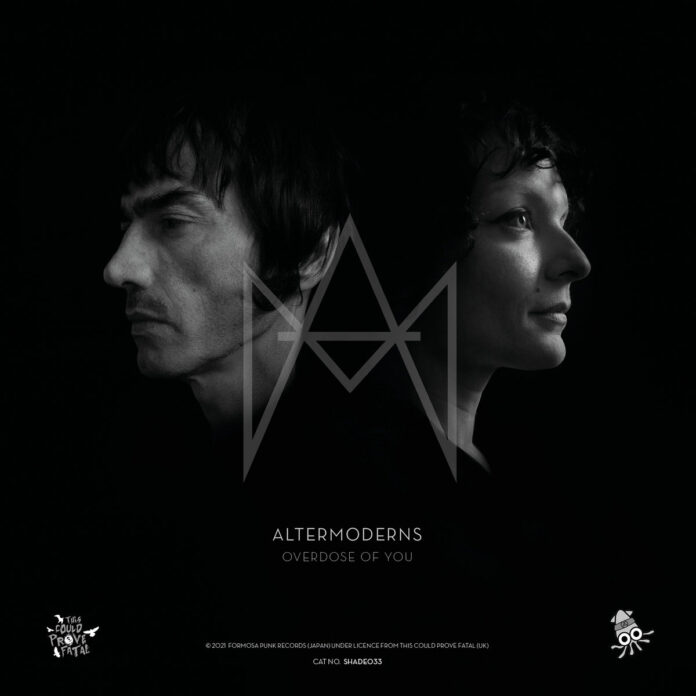 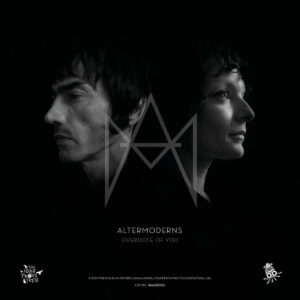 AlterModerns are so much more than a band. They are named after an art term and embody it. (Pauses to give reader time to read the Tate’s definition…)

AlterModerns are a duo. A couple. In love with each other, with life, with the struggle and consumed by the art they make.  (This all sounds very ‘serious’, they are also full of fun, smiles and laughter…)

The promotional video is one of the most important tools in AlterModerns armoury. Which is why I waited for it to appear. (This single has been out for a month, so you’d better get one quick before they’re all gone.)

AlterModerns videos are beautifully shot and cleverly directed and capture the essence of the beauty and uniqueness of the partnership.

When I got to see them live and met them they exceeded all of my sky-high expectations.

Gradually, one gig at a time, by word of mouth and one online radio and video play at a time they are winning over more and more people with their intense performances, concise docu-fictional songs and offstage charm.

Here is Overdose of You.  It’s short and perfectly-formed. The idea, style and charismatic performance being as inversely priceless as the budget for making the film was minimal.

AlterModerns seem to be gigging in Bristol, Bath or London every weekend lately and Glauco also plays bass with Bruno and the Outrageous Methods of Presentation (precocious brat/outsider punk band) and until recently Ananda played drums with Mimi and The Miseries (Girls in the Garage Sensations) so they keep themselves busy. A full AlterModerns album is planned and eagerly anticipated.

Here is a taste of the live experience….


Woog Riots have been releasing art, pop and pop-about-art since 2006 on their own From Lo-Fi To Disco! label and are Silvana Battisti and Marc Herbert – who I assume are also a couple as well as a band.  Six albums to date and numerous singles, they are best summed up like this: The charm of Woog Riots’ music lies in its imperfect beauty, in playful minimalism, in garage glam sandwiched between bubblegum and Kraftwerk.

This is what they say about this split-single, their side of which is not available online – so you have to buy the physical release. 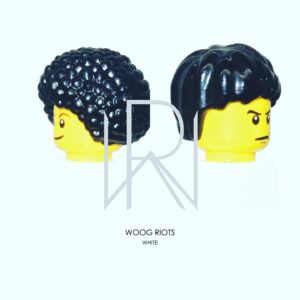 When Mike of Formosa Punk Records offered to release a Woog Riots split single along with Bristol’s AlterModerns they were totally delighted! They already owned a collection of great Formosa punk singles. When the bands met for the first time they agreed to write two new songs that relate to each other. One side of the single about black, the other about white. AlterModerns took over the dark part with their song “Overdose of you”. Woog Riots wrote the song “White”. It’s about the reflection of light, the rainbow – which contains no white, social constructs, wedding dresses, black cowboy hats and of course the white album – which was written in India.

It’s a classic list-song. Minimalist and child-like. Utterly charming and completely unlike the guitar heavy AlterModerns.  They are a fascinating band and art-project who deserve their own full piece of coverage on LTW (soon).

Woog Riots  lo-fi sound and lyrics have a seditious yet deeply human quality… and have shown that politics, art and attitude, love and revolution as a life concept, can be combined with controversy and good humour.

Here is the video for their Bob Dylan song from 2021 to give you a taste of their intriguing deadpan style.