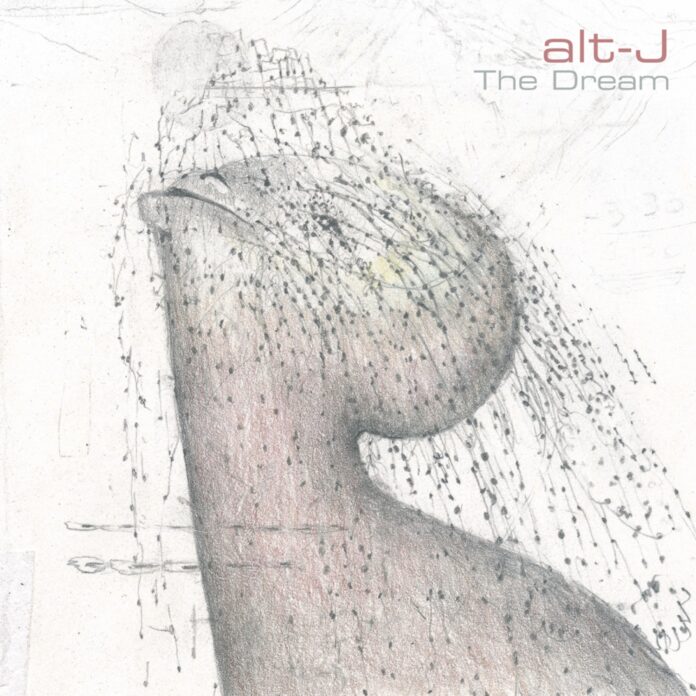 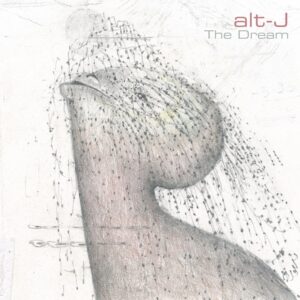 After a five-year sabbatical, alt-J return with their fourth album, The Dream. It’s the sound of a band who are refreshed and revitalised. Happily, it retains what made alt-J so interesting, whilst bringing a new dimension to bear. Gordon Rutherford tessellates for Louder Than War.

John Cheever’s The Swimmer is an engrossing short story that was adapted into a movie starring Burt Lancaster. It opens with the main protagonist in youthful high spirits on a gorgeous summer day. Bursting with energy and vigour, he vows to swim across the county via the swimming pools of all of his neighbours. The Lucinda River, he names it, after his wife. But as his journey unfolds, it is evident that things are not what they seem. The tone becomes significantly darker; more surreal. The friends he encounters on his adventure become less and less welcoming. The weather changes, the clouds darken. In the space of a few short hours, high summer transmogrifies into autumn and we discover that our poster boy is not quite the successful and carefree we initially assumed. Quite the contrary. The Swimmer is just like The Dream. Or is The Dream just like The Swimmer?

It’s been five years since we last heard from alt-J. The Dream’s predecessor, Relaxer, was an album weighed down by its intensity, so much so that one imagines it would have taken the full five years to unwind from. If that was the plan, to go away and return reinvigorated, it has worked. The Dream delivers a more mature, more structured alt-J to our speakers. They are evidently a band who are moving on, whilst retaining much of what made them unique.

The Dream is alt-J’s American album, a record that presents polaroids of the U.S.A in all its glory (and, by its fourth track, all that’s gory). Unlike their previous work, it’s not claustrophobic. It tells stories of Pacific nights and poolside days, Chateau Marmont and Coca Cola. On the surface, it is big and its shiny; it dazzles and thrills, but however hard it might try, it cannot entirely conceal the seedy underbelly. That’s perfectly fine, as it happens, because the latter is what we come for where alt-J is concerned. So, to Coca Cola. The album’s opener, Bane, begins with a chiming, faraway guitar line and a choir singing “I sold my soul”. Old alt-J would have hinted that this deal was transacted with Beelzebub himself. Today, in this paean to Coke, their souls are sold to nothing more demonic than a sugary drink. It’s a summer vibe for America’s all-time classic summer beverage. However, two and a half minutes in, we are given the first true alt-J moment when the song spins on its axis and harmonies collide into a euphoric cry of “yeah you”. They are just making sure that we are paying attention.

Of course, we have already been introduced to this bright and airy version of alt-J in the form of the album’s first single, U&ME. This lazy, hazy infectious tune, driven by a luscious riff and an opening line informing “summer holiday, having fun” feels a little like alt-J channelling Metronomy. Then there’s the album’s other single, Hard Drive Gold, which is incredible fun. It is a tune full of delightful little trinkets, one that playfully swings, propelled by a hook that is borrowed directly from Outkast’s Hey Ya.

This trilogy of tunes introduces us to The Dream. They mirror the first half of The Swimmer by convincing us that all is well here, in this comforting environment free from velvet cells or grenade pins. But this is an alt-J record. The band’s singer, Joe Newman, has talked about his big inspiration for The Dream being the true crime podcasts, grim tales of murder, that he has feasted on since Relaxer. That will come as no surprise to anyone who has paid close attention to the themes on their first three albums. 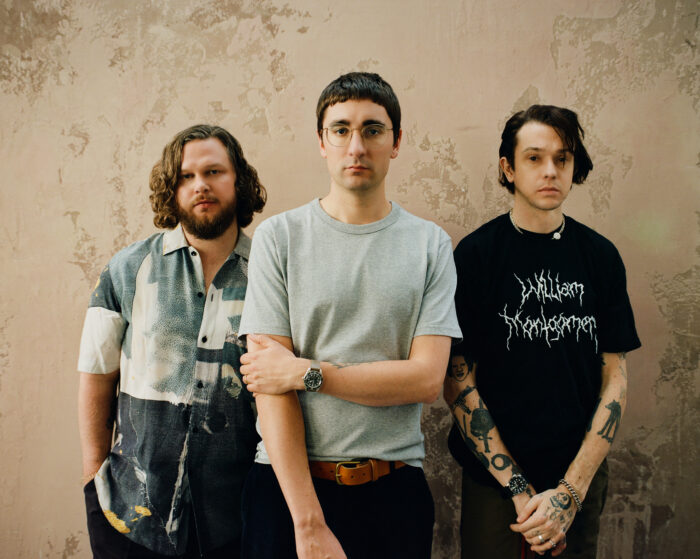 And so it begins. Our reverie is shattered in the first seconds of Happier When You’re Gone. Almost bored with this new shiny, sunny sound, alt-J revert to type, opening the song with the line, “Joe, only fuck ups need clean starts”. So, we’re clear then. It’s a brooding tune with a darkly menacing theme, inverting Hendrix’s Hey Joe into a tale of the abused partner refusing to accept the crap and, instead, killing her tormentor and torching the body. “The smell of burning cattle” hangs. But maybe it’s not cow flesh.

These shadowy themes dominate the remainder of The Dream. On the smouldering, spacious Losing My Mind we are invited to contemplate those “fifteen other missing boys” over a portentously pounding beat laid down by drummer Thom Sonny Green. The Actor is a superb track that tells the story of a Hollywood wannabee who supplements his income by flogging a different kind of coke from the one celebrated in the album’s opening track. The line “Later I hear John’s body got carried out” hints that the song’s protagonist was John Belushi’s dealer. Newman’s guitar, which sounds better on The Dream than ever before, is Fripp-like in its coiling, soaring delivery.

One particularly interesting facet of The Dream is the way that the songs seem to be grouped in triptyches. It’s a proper album in that sense, one in which the structure and sequencing has been as carefully and meticulously planned as a Booker prize winning novel. We have already touched on that opening summer trilogy, but the most interesting section on The Dream comes with tracks seven, eight and nine. An obviously American influenced trio, Chicago, Philadelphia and Walk A Mile are compelling by virtue of the fact that they are so unique.

Chicago opens with Newman’s falsetto before dropping out completely. It returns gradually, its menacing guitar riff creeping up on you. Green’s whip-crack drums stun you into submission. It is an incredibly bold and imaginative piece of songwriting, but not quite as daring as the incredible Philadelphia. Every alt-J album has a moment of jaw-dropping brilliance. An Awesome Wave had the dark obliqueness of Fitzpleasure whilst This Is All Yours had the Miley Cyrus sampled Hunger Of The Pine. On their most recent album, the dark and edgy Relaxer, there was Hit Me Like That Snare. The Dream has Philadelphia, a song that is the magnificence of alt-J in microcosm, all wrapped up in three minutes and thirty-eight seconds. Let’s be clear, it is utterly bonkers, formed of part-opera, part quirky pop chef-d’oeuvre. However, I guarantee that it’s like nothing else you will hear this year. The album’s longest track, Walk A Mile, concludes this fascinating trilogy. It opens with the band sounding like a gospel act recording on a nineteen-twenties wax cylinder, before unfolding into a slice of pure Americana blues.

As you might expect, the band members have all developed technically in the years since Relaxer. Gus Unger-Hamilton’s bass work has become integral to the sound. Thom Sonny Green’s drums always have been, but his beats have never been sharper than they are here. As for Newman, it is fair to say that his competence and imagination on the six-string have developed significantly in the five-year sabbatical. But most notable is the evolution of his voice. Joe Newman is a Marmite vocalist. In interviews, he has admitted that he cringes at the sound of his own voice and he has even been subjected to skits on YouTube mocking his technique. He would never get the judges to turn their chairs on The Voice. Who cares? He has a voice that is distinctive and characteristic and unique and he brings absolute differentiation to alt-J. Pleasingly, it remains as characteristic, but, by God, it has become such a melodic and powerful tool in this band’s armoury.

The Dream is an excellent album, one that grows on you with each listen. There is one misstep in the form of the schmaltzy pandemic tale, Get Better, which felt like it belonged in a different place from the rest of this album. That aside, this is unquestionably the sound of a band who are more mature, more comfortable in their own skins. These are grown-up, fully formed songs as opposed to glued together shards of musical geekery. I feel confident in asserting that those who loved those darkly idiosyncratic first three albums will love The Dream just as much, because the core ingredients remain. But crucially, alt-J have evolved and progressed in a way that keeps them fresh and interesting.

Infectious Music can be found here.