Home Music Reviews Lo-fi reviews Almost Over: An Introduction To The Rarities Of Elliott Smith 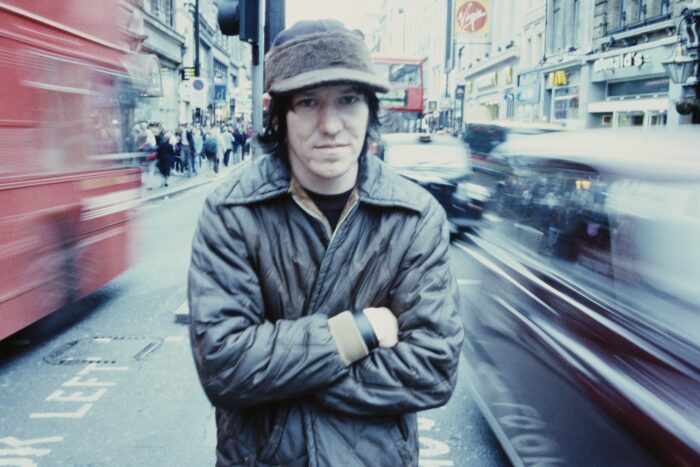 Almost Over: An Introduction To The Rarities Of Elliott Smith

Elliott Smith would have been 46 this year. The Portland singer-songwriter left a decidedly brief span of albums in a rough decade of home and studio recordings, between the abrasive, bare Roman Candle and the sprawling posthumous collection From A Basement On A Hill but to really understand his work fans should look to some of his more obscure recordings says Sunny Baglow.

To this day, the enduring balance between sweetness and misery in Elliott’s music draws in obsessives and diehards that identify so closely with his work, presenting a problem for fans only familiar with his studio output. However, beyond Elliott’s six studio albums lies a king’s ransom in pop finesse and reflective heartache. Across b-sides, scrapped sessions, other projects, leaks and more, Elliott left behind a hugely-rewarding external catalogue of songs for fans to discover, being an advocate of sharing and bootlegging as a means of “trading music with each other”. Most of the tracks here can be found on the fantastic, definitive fan compilation Grand Mal (available for free on the Sweet Addy forums), and each provide unique insights into the multifaceted individual that is Elliott Smith. For those unfamiliar, here are a few of the most enduring cuts from his discography, both released and unreleased, to hopefully spur the uninitiated onto their own journey through Elliott’s vast assemblage of pop masterworks.

Following the warm local reception of Roman Candle’s sandpaper folk, Elliott took a quick stop off before producing his acclaimed self titled album to put together his second record of 1994. One month after Roman Candle’s release on Cavity Search, Elliott recorded No Confidence Man as the b-side to a split with fellow Portland musician Pete Krebs. No Confidence Man boasts all the hallmarks of early Elliott, channelling the hotheaded ferocity of Roman Candle, and with tell all lyrics of pent up domestic anger. Looming over constantly is a reference to the character “Charlie”, a recurring figure through Elliott’s early songs, who many fans speculate to be a reference to his alleged abusive stepfather, framing No Confidence Man through a haunting looking glass of spite and violence.

The Enemy Is You

This one’s classic Elliott Smith. Recorded somewhere between Either/Or and XO, The Enemy Is You is a brooding, saudade stomp through anxiety and fear. The track has parallels with Division Day and Alameda, with Elliott’s artisan mastery of pop language and angsty self-indictment dragging the song through angular organ stabs, steady drums, and withering guitars. It’s a flattening resignation to the world, but lacking enough troubling finality to be a tearful listen in the wake of Elliott’s passing.

A lasting cut from Elliott’s discography, and possibly the oldest track in his available discography, The Real Estate is a jangly pop affair originally written and performed by Stranger Than Fiction, Elliott’s high school band. The oldest incarnation of the track appears on a 1987 cassette entitled Menagerie, however the song was re-recorded during the sessions for Either/Or as a solo Elliott track (this version later appeared on Live From Nowhere Near You, a charity compilation benefiting homeless youth). The early version is the most intriguing however, showcasing some of Elliott’s early songwriting and the ‘macho’ singing voice which he would later bemoan in interviews. The track’s barrelhouse, piano stabbing rock would also lay the groundwork for later singles such as Division Day.

Where I Get It From

While our first formal introduction to Elliott was 1994’s visceral Roman Candle, a handful of recordings from before then showcase his bold evolution as a songwriter. Fan favourites often fall into his recordings with bands Stranger Than Fiction and the grunge speckled Heatmiser, the most rewarding pre-Roman Candle recordings have proven to be a short collection of 4-track demos that show Elliott’s early attempts at both recording himself, and finding his voice as a songwriter. Most of the tracks here show him putting on his best Elvis Costello impression, but Where I Get It From is unmistakably Elliott. Here, Elliott channels traditional folk standards as he recalls the tribulations of his family members as avatars for his own habitual dreariness, ‘And he got too close to a charge underground / And all of his feelings went numb / And that must be where I get it from’.

On a surface level, Suicide Machine is a prime example of Elliott’s dark humour. Beginning life as a much more PG-13-titled instrumental named Tiny Time Machine, a version surfaced around the web a while later with lyrics that frame the track side by side with some of Elliott’s most vitriolic shutdowns. While Suicide Machine sits nicely alongside Either/Or cut Pictures Of Me in terms of themes, Suicide Machin’ is packed with far less venom and more wit than its cohort, with Elliott taking a condescending, smug stab at the critics who expect nothing else from him but his media constructed, one dimensional ‘sad-sack’ persona.

I Don’t Think I’m Ever Gonna Figure It Out

Elliott wasn’t just a fantastic songwriter, he had the chops to prove it. He was never one to show off, but a few select cuts from his discography display his skill and versatility on guitar (and across other instruments). Memory Lane, The White Lady Loves You More, and Tomorrow, Tomorrow all spring to mind, but the most exemplary balance of swirling technical proficiency and prodigal pop songwriting can be found on I Don’t Think I’m Ever Gonna Figure It Out. A b-side to the 1996 Speed Trials single, I Don’t Think..’ sports lightning fast guitar work, a fantastic Dylanesque blues solo, a great ‘YEAH! YEAH!’ moment, and a short sonnet of disjointed lyrics which bemoan the inability to decipher people’s emotions, all packed into just under two minutes.

One of Elliott’s gentlest songs, and an enduring fan favourite. Place Pigalle recalls Elliott’s stay in Paris at the tail end of the 1999 tour for XO, and a brief romantic experience which, presumably, dissolved shortly before leaving for the US to record Figure 8. Heartbreaking strings and gutsy fingerpicks harbour Smith’s plaintive lyrics which focus on the subject’s delicate nuances in body language, signifying the painful end of a relationship. “Meeting her eyes about halfway / A look you know it’s killed many men / And I’ve been all of them, inside a week”. Place Pigalle may be a soul crushing ode to the difficulties that distance presents to relationships, but it is one which perseveres, unafraid.

A translation of a 2000 Les Inrocks feature on the subject of Place Pigalle can be read here, and is highlh recommended.

From A Poisoned Well

The solemn, nocturne From A Poisoned Well exists in two forms. Most seasoned Elliott fans would be the most aware of this song through First Timer, a track formally released on the 2007 posthumous compilation New Moon. First Timer was recorded at Jackpot! in Portland during the 1997 sessions for XO, and bears a much more cinematic, reflective tone to its (presumed) predecessor to its whole different set of lyrics. It is unclear as to where From A Poisoned Well originates from, but it bears a similar sound to the major label studios Heatmiser used in the recording of 1996’s Mic City Sons, and could possibly be traced back there, with First Timer being the final version of the song. From A Poisoned Well and First Timer, despite being what is essentially the same song, both boast completely separate identities in terms of mood and atmosphere, and gives diehards a glimpse into Elliott’s workaholic songwriting process, in how one song completely transforms into another.

Elliott had this to say about the as yet unreleased True Love: “True Love is a lyric driven song. This is the oldest one that we’ve heard so far. This is from that record I was going to throw away. I still might. Those weren’t very happy days. It was a long time ago at this point.” Taken from his intense sessions with indie-cum-soundtrack composer Jon Brion, True Love matches the harrowingly visceral subject matter of his early works with the instrumental grace of Figure 8. Here, Elliott uses the conceit of a relationship to weave a long, winding narrative about his issues with drug abuse. While From A Basement On A Hill provided a wider scope of Elliott’s relapse into drug dependency, True Love is one of the most affecting, heartrending snapshots of his life, one that gained more reluctant poignancy after his death.

All words by Sunny Baglow. More can be found his author’s archive. You can find more writing by Sunny at his website. Sunny can be found on twitter as@sjbaglow.