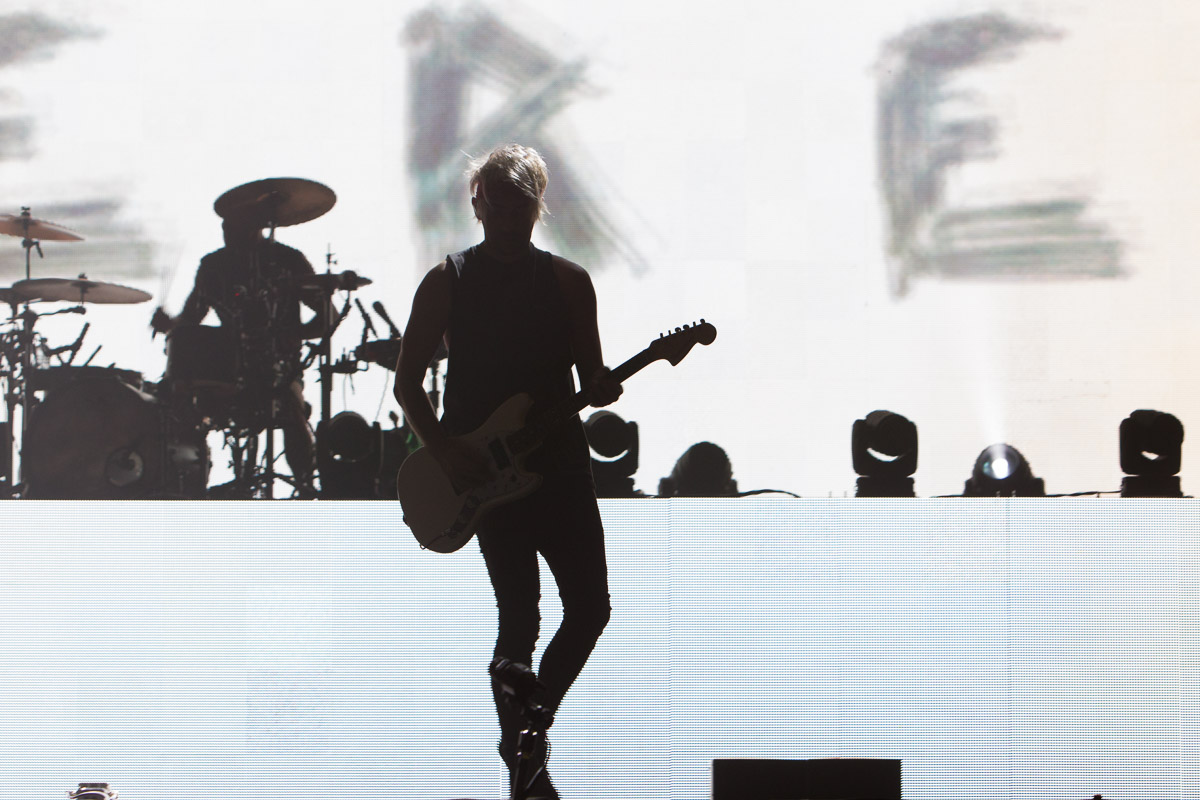 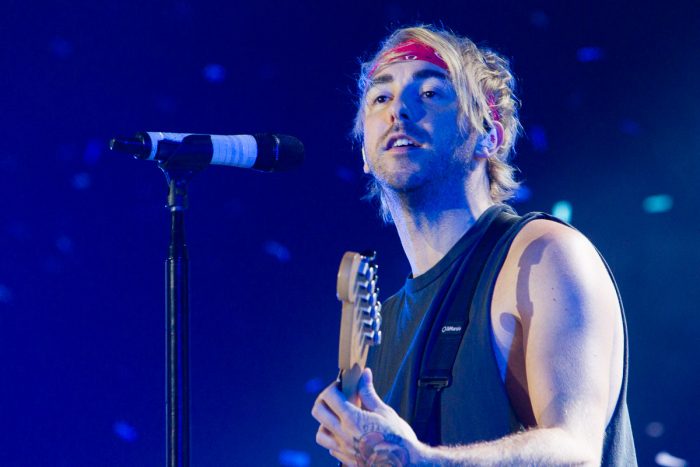 After switching from Hopeless Records to Fuelled by Ramen, All Time Low premiered the first release since the change, Dirty Laundry in February last year, their latest album followed in June and the Last Young Renegades UK Tour was expectantly declared in September and Pierce the Veil was announced as support. However, acting swiftly and with openness to allegations of misconduct against a band member Pierce The Veil withdraw from the tour. Enter Creeper. As the tour was almost upon us a further unexpected revelation: All Time Low will be playing their 2007 sophomore album seriously manner’s take no effort) in full as a pre-main event set. 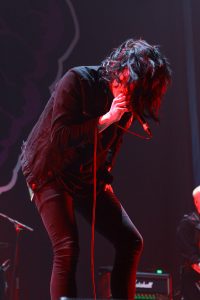 For Creeper, playing an Arena stage is the definition of bittersweet. From pub backrooms and basement venues of barely three years ago, the band’s progression is akin to a rocket ship blasting off. It was always clear that what Creeper had and did was special and that they would find enormous success, with many accomplishments even outside their current music scene. Which you want for a band you love, right? The thing is as this happens, the stages and the venues get bigger, the crowds get greater and the band becomes a little more remote each time. Soon you’re at their show but only seeing them on the jumbo screens.

Creeper fans old and new in attendance hollered their regard and those with opposing feelings expressed theirs. Even a two-band gig is a multi-faceted event which people attend for different reasons and to have different experiences. Tonight some of the audience felt it was okay to actively try and suck the enjoyment out other people’s experience just because they could; such odd behaviour. Regardless and with positivity, Will Gould, Ian Miles, Oliver Burdett, Sean Scott, Hannah Greenwood and Dan Bratton delivered an impressive yet all to brief six song set.

Black Rain, Winona Forever, Suzanne, Hiding With Boys, Down Below and Misery fly by with heart-stopping intensity and mesmerizing dynamism. Burdett and Scott outshining many a B movie actor and professional ballerinas with their screamed backing acoustics, energetic spins and leaps. Miles, Greenwood and Bratton passionately providing the riffs, harmonies and rhythm on which Gould, his characteristic vocals and occasional yet exquisite melisma, can build. Impassioned lyrics full of lost love, unrequited adoration, lust and angst assist is creating a spellbinding illusion in to which you can abandon yourself; although in a room of 20,000 people it isn’t quite as effortless as usual.

The Arena is vibrating with an animated energy, the audience a mixed bag as you’d expect for a band who have been part of the punk-pop scene for nearly a decade and a half. All Time Low are kicking off the night with a run through of So Wrong It’s Right with a low-key stage set up. The tracks remain as catchy as it ever did, although they also retained an absence of pragmatism and lyrics that don’t require further exploration. There or course time when you just shouldn’t let depth and creativity get in the way of a good time.

The Arena’s substantial standing area is awash with forever moving bodies that from the Arena’s rafters must look like a tide undulating under the moonlight. Lung bustlingly singing removes any doubt that the audiences are invested and enjoying the experience as much as the band seem to be. Lead singer Alex Gaskarth’s likeable and distinct vocals really make Six Feet Under the Stars and Remembering Sunday stand out in an overall great performance. Guitarist Jack Barakat, bassist Zack Merrick and drummer Rian Dawson, deliver throughout contagious yet coherent melodies and riffs all displaying a high level of enjoyment in their musicianship that is quite endearing to watch. The songs are interconnected with chat, audience interaction and a well-executed mass bra throwing from the front rows. Has a band supported themselves previously? I’m sure it’s happened before somewhere at sometime. Tonight, it pays off and delivers more enjoyable moments than expected.

Last Young Renegade has found All Time Low moving further away from the typical pop-punk clichés. While retaining some of their individual emo charm they’ve amplified the pop leanings, forgone some of those massive choruses and cleaned up the overall production, Together this has produced an album that is significantly more layered with lyrics that are distinctly more developed than those on their earlier albums.

All Time Low open their main set with Last Young Renegade, Lost In Stereo and Backseat Serenade: significantly rousing the Arena crowd with an intensified stage show that includes spectacular strobe/light shows and confetti cannons. There is an increased vivacity to the performance as they fill the additional space. Barakat and Merrick swapping stage sides, playing up for the camera filming for the screens and Gaskarth utilising the runway that extends into the audience.

The middle of the set is a surprisingly exciting romp through songs that jump from older and newer albums; Nice2KnoU, Dark Side of Your Room and Life of the Party being particularly notable. Further banter and anecdotes continue throughout. Barakat explaining he will not be throwing the audiences his shoes tonight as his mother has laid down the law on those type of antics and of being throw out of Satan’s Hollow, back in the day, after hearing one of the band’s songs for the first in a nightclub there: fun and genuinely engaging.

As All Time Low slide into the final section of the night has been an interesting one filled with showmanship (flames throwers, firework columns and confetti cannons aplenty) and at times honestly moving reflection, Therapy being a real set highlight. Reaching the encore the band returned to the stage after a brief intermission, to finish things with a trio of effervescence. Dirty Laundry, Damned If I Do Ya (Damned If I Don’t) and (the one track skipped in their self-supporting So Wrong It’s Right set) Dear Maria, Count Me In. Synchronised japes, guitar juggling and everything from picks, set lists and drumsticks are thrown to the fans end the night and as the final pieces of confetti float to the floor, All Time Low leave the Manchester Arena stage to continuing applause and whoops of appreciation.

Please note: Use of these images in any form without permission is illegal. If you wish to use them, please contact mike@mikegatissphoto.com

Photos by Mike Gatiss. More of Mike’s work can be found on his archive and you can find Mike on Facebook and Twitter.