Home Music Bands All Their Own Stunts – Arctic Monkeys’ ‘Suck It And See’ Turns... 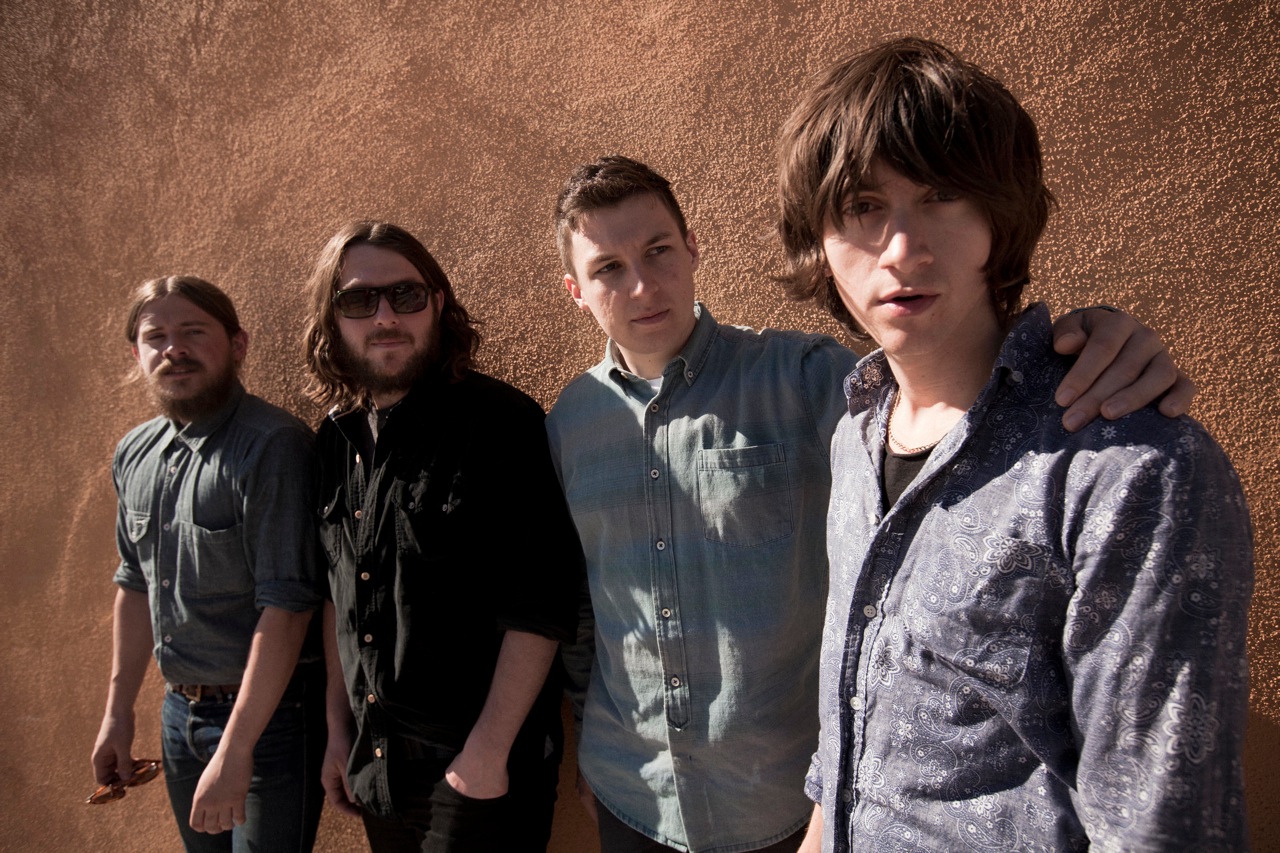 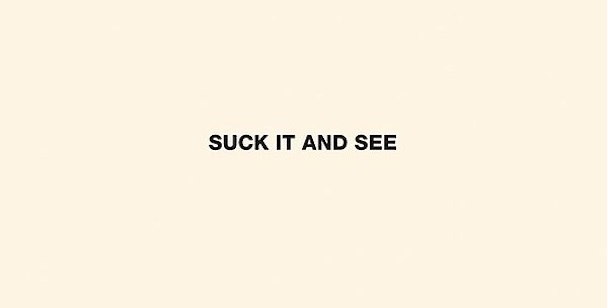 The truly great bands – from The Beatles to Radiohead – know that to remain relevant and revolutionary, evolution and change are your key watchwords. Arctic Monkeys may have ushered in a party of primitive indie thumpers in 2006, but they didn’t let them hang on to their tails…Arctic Monkeys were never prepared to stand still.

Favourite Worst Nightmare proved to be no misnomer; it was like their debut album, but mutated and skewed, the Siamese twin that was left in the attic while Alex Turner tackled his acne. As their pubes grew, so did their balls – Humbug, on the surface, was as commercially barren as the desert dust its jet-engine riffs kicked up, but it was again a sign of artistic unrest and desire. Both records had strong points, with the latter the band’s attempt at amalgamating the intense highways of Homme with the bleary-eyed balladry of Bacharach.

Suck It And See arose from both desire and obligation – the Sheffield four-piece maintained the ambition to create another different record, but also didn’t want the polarising opinions that greeted Humbug. After that record’s grumbled howl, Suck It And See is, to paraphrase their debut album, everything that it’s not – the melodies are buffed and sparkled, the harmonies irresistibly lilting, the guitar riffs loose and jangly. Five years on, it remains my favourite Arctic Monkeys record (and in my top ten of all time, probably just in front of Grand Prix). 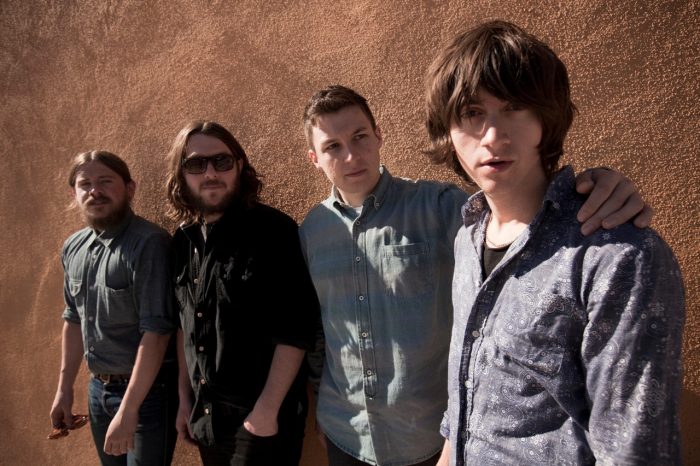 Clarity and simplicity were key terms when it came to tackling their fourth long-player. With James Ford at the helm, instead of taking rough ideas like they did for their previous album, Turner and co instead worked on full songs, keeping the overdubs minimal and recording live as much as possible. This aids the sound full tilt – the introductory, tremolo-infused riff of ‘She’s Thunderstorms’ whips up enough pathetic fallacy before erupting into a yearning ode to young love (somewhere, Alexa Chung was sighing deeply into her dungarees).

The record’s running motif is its emphasis on propulsive power-pop, with ‘The Hellcat Spangled Sha La La La’ featuring the kind of saccharine, but highly satisfying, motifs that The Cure were wishing about back in 1992. Turner’s voice, drenched in reverb, helps glide the songs along, sweeping up refrains in the lilting title track and ‘Black Treacle’. The record’s standout moment is when they manage to align all these qualities into one handy four-minute package – the stately, epic closer ‘That’s Where You’re Wrong’, which builds to a lush crescendo of sterling melodies and Turner’s cry of “you’re not the only one that time has got it in for.”

They couldn’t completely betray their newfound rock roots, though, and fans of their harder material would have felt suitably short-changed. Therefore, lead single ‘Don’t Sit ‘Cause I’ve Moved Your Chair’ represents the perfect stepping stone – humorously verbose title, menacing guitars that snarl and snap, Turner’s trademark witticisms (“find a well-known ‘ardman and start a fight,” is one tip he points out). However, within it was the new desire for crystalline melodies, something which would equally aid the Humbug-esque ‘Library Pictures’ and ‘All My Own Stunts’. Turner even bought a song from his acclaimed solo EP to the party – fleshing out the contemplative ‘Piledriver Waltz’ into something much more purposeful. 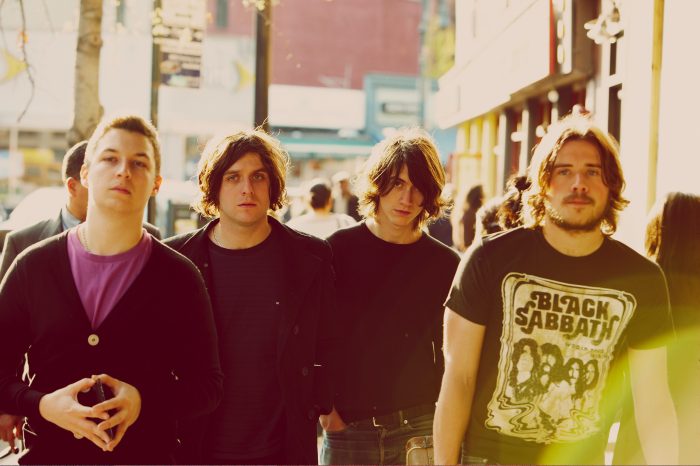 Even the artwork and title are apposite. After Humbug, a sweet that doesn’t dance on everyone’s palette, Suck It And See is almost an olive branch – taste this and be hooked. The album cover was blank but brilliant, almost inviting the listener to forget what’s on the cover and let the music do the talking. It’s hard to imagine it having any other design now.

Of course, this wasn’t a period Arctic Monkeys were going to get comfortable in. They quickly reassembled and, just over two years later, released their most successful album to date, AM, a record that’s made for the night – the bass plods and broods, Turner’s voice is laconic and soulful, the drums sleepy but volatile. It’s testament to the band that they now have five completely contrasting albums, and add to that Turner’s two commendable collections with Miles Kane as The Last Shadow Puppets. He may have lately turned into an eccentric, cardigan-wearing cretin (with a transatlantic twang that would make Joss Stone blush), but he can behave how he wants when he’s already built such a formidable back catalogue (no excuse for you, though, Miles).

Suck It And See is a landmark in Arctic Monkeys’ strikingly good canon – four albums in, this was the true, to pinch a title, cornerstone of the band’s desire to grow and explore. They’d already made spiky, angular indie and abrasive alternative; with Suck It And See, Turner and his cohorts turned their attentions to making the perfect pop album, and boy did they succeed. Personally, I would love them to make another album like this, that’s deceptively simple, a gorgeous cache of smart, ornate indie, but I know that whatever the band do next, it’ll be something completely different. But Suck It And See deserves to stand out for taking the ordinary and making it classic.