Home Music Reviews Album Reviews All The Shadows and the Pain – Echo And The Bunnymen’s Evergreen... 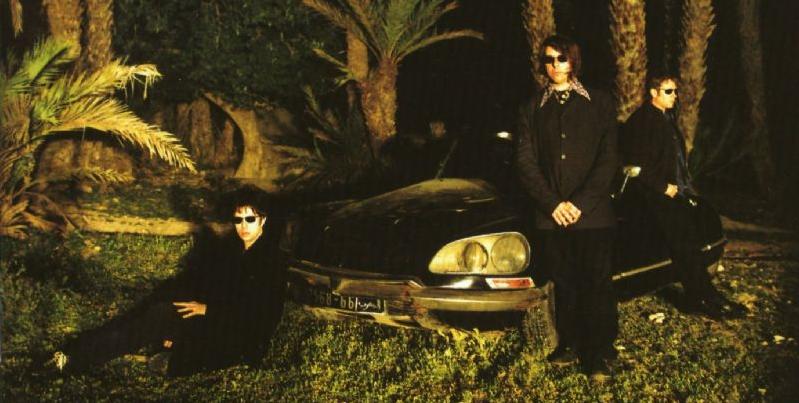 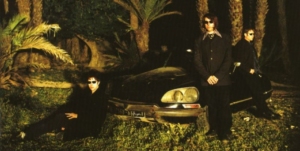 Before seminal band reformation became a necessity of twenty-first century music, Echo & the Bunnymen stole a march on their contemporaries by reuniting at the height of Britpop. What followed was a record that tried to match Ian McCulloch’s wide-eyed classicism with modern British bite. Sam Lambeth revisits Evergreen twenty years on.

Around 2011, Hounslow harmonisers The Bluetones were interviewed on the subject of bands reforming. Being ‘Britpop survivors’, the band had never actually taken a sabbatical, but the cruel law of diminishing returns had set in. With typical wry awareness, singer Mark Morriss said: “the biggest mistake we’ve ever made is not splitting up.”

It’s a neat, if throwaway, comment on long-established bands of a certain era – the behemoths will remain relevant (The Cure, Oasis, Arctic Monkeys), but those on field duty will slowly succumb to the trenchfoot of trends. In 2017, bands reforming has become something of an expected, but welcome, eventuality – over the years, bands as unlikely as The Replacements, Belly, The Stone Roses and The Jesus & Mary Chain have all buried hatchets, even if only for a brief time. Go back twenty years, though, and bands getting back together wasn’t such a money-spinning or frequent occurrence.

In 1997, with Britpop still a wondrous, if waning, presence on guitar music, it was all about the present and the future – the kingpins of the era, namely Oasis, Suede, Pulp and Blur, would all see out 1997 with hints of darker and decadent things to come, while up-and-coming acts such as Ash were reigning supreme.

One band that perhaps hadn’t been mentioned was Liverpudlian grandeurs Echo & the Bunnymen. In their ’80s heyday, the four-piece were unparalleled in their brand of widescreen, cinematic sheen, songs like Ocean Rain, The Killing Moon and Bring On the Dancing Horses slices of heartbreaking majesty. 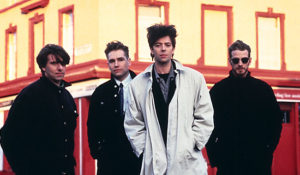 Their reformation in 1997 was not only surprising due to timing, but also due to the acrimony that had come before. The wonderfully arrogant lead singer Ian McCulloch had opted out not long after drummer Pete De Freitas’ fatal crash, but guitarist Will Sergeant and bassist Les Pattinson weren’t to be deterred, and released an album with a new singer before being dropped in 1993. This didn’t set well with McCulloch, who ploughed a largely unsuccessful solo furrow before linking up, as so many performers did, with Johnny Marr for some rougher, more modern material.

However, there was something missing. Marr’s dextrous arpeggios were complimentary, but McCulloch’s swooning baritone felt exposed without one of its key compliments – namely the six-string, tremolo-infused ascensions of Sergeant. After tentative meet-ups, they formed a harder band influenced by Smashing Pumpkins, but with each tour came the same frenzied fan pleas – no matter how modern and daring their new material was, McCulloch and Sergeant couldn’t quite escape the Bunnymen’s shadow.

McCulloch, though, was not for turning – he was determined for their new band Electrafixion to stand on their own terms. Even when they eventually baulked and introduced Bunnymen tracks to their setlists, ‘Mac the Mouth’ was still resistant to recording new material. However, once Pattinson was bought back in the fold and the old magic was proven to still be viable, work tentatively began on the first Bunnymen album to feature McCulloch for over a decade.

It was not to be a lingering limp into nostalgia, however. McCulloch and co were determined to show that they could fit in among the Brit rock contemporaries they’d helped usher in. With Oasis as an obvious touchstone, Liam Gallagher himself – a singer whose ego and assurance could perhaps only be matched by McCulloch’s – offered his services for comeback single Nothing Lasts Forever. With sweeping strings, contemplative acoustic guitars and Sergeant’s elegiac arpeggios, it revisited the bittersweet bombast of the Bunnymen’s best work while giving it a fresh coat of paint.

The rest of Evergreen straddles the DNA of classic Bunnymen with a sound that was, in hindsight, tied to a specific aesthetic – the irony would be that Bunnymen’s classic sound, of grand ideas, chorus-inflected guitar work and McCulloch’s regret, would prove to be the timeless one. The most obvious songs that tried to ape Britpop come in the form of I Want To Be There (When You Come), Sergeant revving up for some riff-based bluster and McCulloch equally chugging on autopilot. The title track and Baseball Bill incorporated Suede’s glam thrash with other Britrock ingredients, but Evergreen was at its best when it managed to get the combination just right – see the swirling motif and breezy thrum of Altamont for a perfect example.

When Sergeant is able to douse the tracks in his trademark tremolos, it’s all the better – opener Don’t Let It Get You Down is soaked in sweetness and McCulloch’s wistful sigh, while the strings that engulf I’ll Fly Tonight and Empire State Halo are grandiose without being grating.

Evergreen would kickstart a second act for Echo & the Bunnnymen, but they almost ducked out for a second time due to the McCulloch-dominated dirge of 1999’s What Are You Going to Do With Your Life. Since then, they’ve produced four albums of fairly consistent, sometimes surprisingly strong, quality, not least the classic jangles of 2005’s Siberia. Age has certainly helped – like Johnny Cash before him, McCulloch’s voice is shot to pieces, but is now fragile, wounded and sorrowful, while Sergeant is still able to match this with mournful guitar codas.

Evergreen lived up to its title, and while the Bunnymen wouldn’t spend too much time chasing trends, it bought back one of British music’s most underrated bands.