Home Blogs ALL OR NOTHING – The Mod Musical – Review

ALL OR NOTHING – The Mod Musical 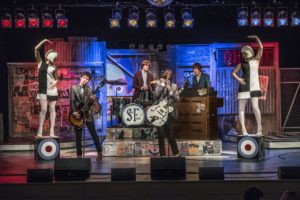 Jukebox musical All Or Nothing showcases the music of  Sixties hitmakers The Small Faces and offers a cautionary tale of music biz exploitation. Tim Cooper salutes Carol Harrison’s affectionate homage to the late Steve Marriott.

Of all the British bands of the Sixties, The Small Faces are arguably the most unfairly under-appreciated. While the Beatles and the Stones share legend status, followed closely by The Kinks and The Who, even second-division contemporaries like The Tremeloes and The Hollies are more fondly remembered today. Despite a run of a dozen hit singles between late 1965 and early 1969, Steve Marriott’s Cockney crew remain confined to the margins of pop history.

That’s something Carol Harrison hoped to remedy by conceiving, creating and co-starring in All Or Nothing (subtitled The Mod Musical), soon to start a 10-week West End run following two years of touring around the country. Anyone with a love of the band, or the Sixties, or RnB played hard and fast by a crack band, should see it; so too should anyone interested in a cautionary tale about the music biz that’s as pertinent today as it was then.

The play looks for answers to the band’s less-than-legendary status in the volatile personality of singer Steve Marriott: a Cockney from the backstreets of London’s East End – as is Harrison herself – whose cocky self-confidence frequently spilled over into arrogance and obnoxiousness, fuelled by what a fellow band member describes, less than admiringly, as “an ego the size of Wembley Stadium”.

Harrison’s jukebox musical starts with the band – played by a quartet of pitch-perfect soundalikes and lookalikes – breaking up acrimoniously onstage at Alexandra Palace in 1968, Marriott losing his rag in mid-song and smashing his guitar. Framed by a narrator figure representing Marriott as he might be today – he died in a house fire in 1991 – looking back fondly but acerbically from beyond the grave, the action immediately rewinds to Marriott’s school days in East London. He is swiftly established as a jack the lad with the cheeky charm, boundless self-confidence and chippy anti-authority character that would go on to make and break him, his extrovert personality soon bringing him a role as the Artful Dodger in a West End production of Oliver!

But he doesn’t consider himself  an actor: he’s more interested in the black RnB music being made in America in the early Sixties and, through his work in a record shop, he meets likeminded local lads Ronnie Lane and Kenney  Jones, who share his musical taste and his ambition. A disastrous guest spot with their band leads to the embryo of a new group, whose line-up is soon completed by keyboard player Jimmy Winston, hired as much for his  his brother’s van as his sartorial style and debatable talent on the keyboards – and subsequently fired for being more popular with the ladies than the singer, to be replaced by Ian McLagan.

The play follows the band’s rise to fame with their proto-punk RnB, peaking with the number one hit All Or Nothing; their exploitation by notorious music manager Don Arden (father of Sharon Osbourne); and their evolution into Cockney-flavoured proggy psychedelia via the landmark concept album Ogden’s Nut Gone Flake, with its enduring singles Itchycoo Park and Lazy Sunday Afternoon. The third act tracks their demise, as they finally leave Arden’s clutches laden with debt and fall into the open but equally unprofitable arms of Andrew Loog Oldham.

The story might not be original but it’s entertaining and it’s true. More importantly it provides a vehicle for a string of familiar tunes, belted out by the best Small Faces tribute act you’ll ever see: Samuel Pope has Marriott’s sandpaper rasp and aggressive guitar technique down pat, Stanton Wright is a ringer for Marriott’s mellow, mystical counterpart and best friend Lane; Stefan Edwards convincingly captures Jones’s pioneering drum sound, and Edward Elgood doubles up convincingly as the unfortunate Winston and the oleaginous Oldham, while Alexander Gold steps up to the mark as Ian McLagan, the outsider brought in for his superior keyboard wizardry.

Of the other roles, Harrison herself hams it up comically (perhaps a little too comically) as the archetypal Cockney mum and Russell Floyd impresses as the dodgy impresario Don Arden, but the standout cast members are Chris Simmons as the older Steve Marriott – striking just the right balance between affection and self-criticism and deservedly taking a vocal turn in the spotlight at the finale – and Karis Anderson as Marriott’s old flame PP Arnold, bringing the house down with her star turn singing I Don’t Wanna Talk About It. A special mention should go, too, to Dani Acors and Emily Daniels for their multiple underwritten female roles, but especially for their hilariously straight-faced (and seriously sexy) podium dancing.

The jukebox musical might be a poison chalice (you couldn’t pay me to sit through Mamma Mia! again – or see We Will Rock You once) but in this case the balance between crowd-pleasing entertainment and authenticity is just right. The only off-key notes for me were some of the cheesy gags and overused sexist language of the era, played for cheap laughs but without sufficient irony for my taste, while the impressions of personalities from a bygone era – Cathy McGowan, David Jacobs, Tony Blackburn, Stanley Unwin and a cruelly skewered Top of the Pops producer Johnnie Stewart –would fly over the head of most people under the age of 65. But those are small complaints in what is a rollicking trip down memory lane. 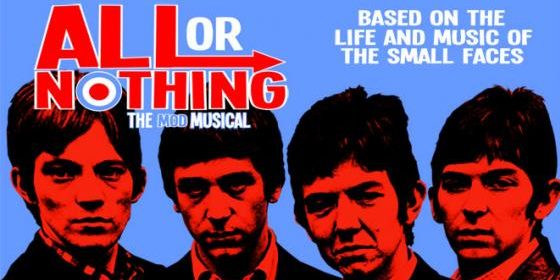