Home News LISTEN! ‘All I Want for Christmas Is a Vaccine’ -The Land League... 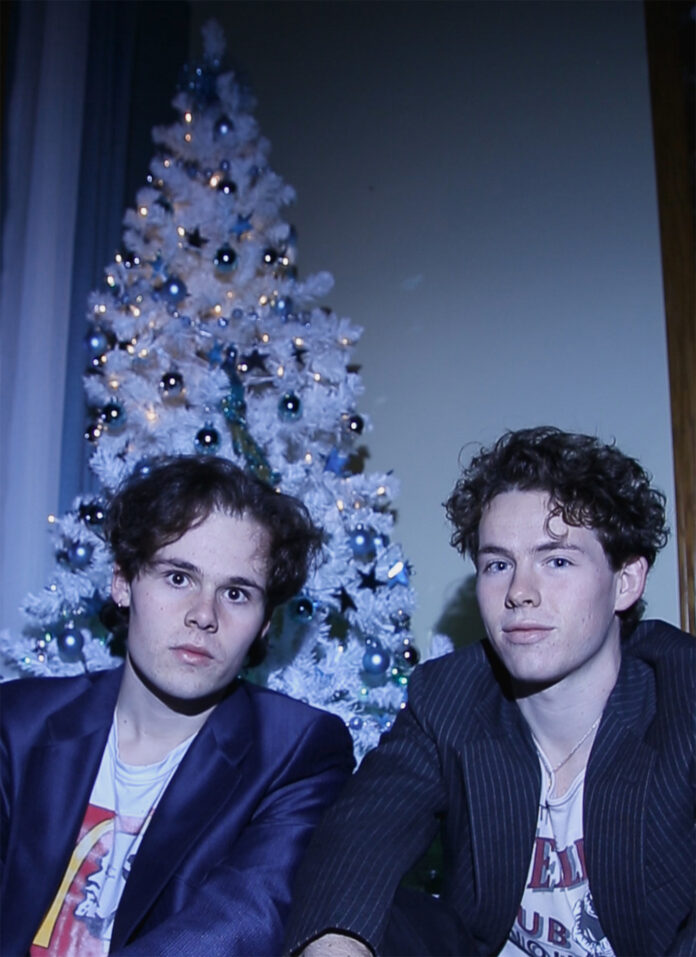 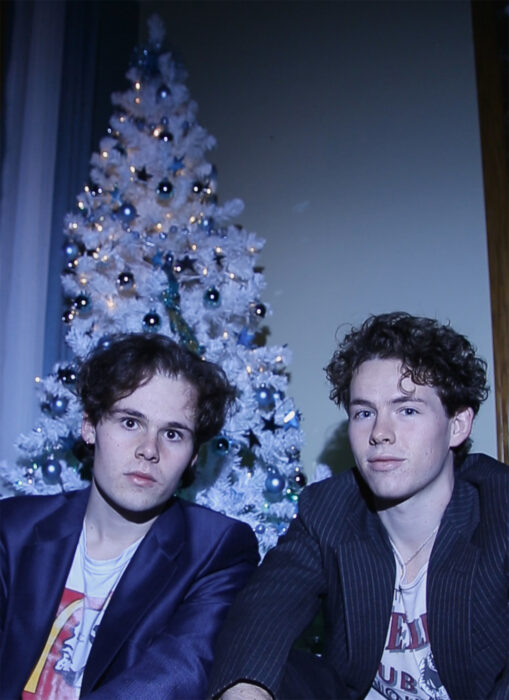 We will forever talk about pre and post pandemic world and this year will be the shift in everyone’s lives. For a young generation its like the future has been stolen from them and they are itching to escape into the world that the older people have used as their playground for decades.

The Land League are a new young band full of Irish blood and living in Canada. Imbued with the very human spirit of the Pogues they are surveying this virus wasteland. They are enamoured with the lyrical genius of Shane Macgowan and write their own poetry and construct lush melodic songs perfect for xmas and the rest of the year.

Their song is is full of hope and melancholy and whilst the vaccine remains a polarising issue for some this is their own view, their own dream, their own narrative and it’s a fucking great song.

Listen to the song on Spotify
They Say
The Land League is composed of brothers Ciaran and Jesse Scanlon and we’ve just released a Christmas song with our dear friends Ivory Waves. Jesse is also a member of Ivory Waves, so including Brett Ticzon and Jason Aniceto for their artistic input seemed like a natural choice for us.
All I Want For Christmas Is a Vaccine was largely inspired by all of the great, questionable, and bizarre Christmas music that Britain has produced over the last 60 years. Here in
Canada, you won’t hear Mud’s Lonely This Christmas or Jona Lewie’s Stop the Cavalry come December. We have our dad to thank for burning a collection of CD’s with everything from Judge Dread to Crazy Frog which completely reshaped the way Christmas sounds and feels for us.
The themes and lyricism in most of the classic British Christmas hits are so much more ‘real’ to us than the North American holiday standards. They aren’t Christmas songs for the sake of it being Christmas but rather they are uplifting, sad, cheeky, batshit songs whose songwriters confront the holidays whether they like it or not. It was in this mindset that we wrote All I Want for Christmas Is a Vaccine. Of course Christmas isn’t going to look the same this year and we don’t gloss over that fact. The song is a confrontation with the reality the world is facing this December, a call for each of us to find a way through these next few months, and witty songwriting to further lift spirits. We just felt like the world needed a pandemic Christmas song that wasn’t an all out parody and so we went ahead and wrote and recorded one.
While the piano intro of the track is obviously a homage to the magnum opus of Christmas music: Fairytale of New York, we were also trying to capture the theme of the dream is dead and yet here we are presented with Christmas, best make the most of it.
Shane has always brought honesty, humanity and melancholic cheer to the table and I think our song sets out to
achieve something similar. Of course we’ve seen that Fairytale of New York has been in the headlines recently and it just seems inevitable at this point that some will find the song offensive while others will not, hell, we’ve even got some backlash from writing about a vaccine.
The world increasingly favours music streaming, and listeners can easily choose their preferred version of the song. Regardless of which version of Fairytale is aired, as long as The Pogues are on mainstream radio, younger generations will be introduced to the brilliance of MacGowan. At the end of the day, Irish music is all we really have left as an immediate link to our heritage and growing up Shane was always the voice of that tradition in our home.
The Land League draws from our interest and love of our heritage. This Summer we were having a beer with our dad who shared with us a rare piece of family history about Co. Mayo, where Dad’s parents are from, and which was the home of the Land League (Conradh na Talún). While the history was still resonating with me (Ciaran), the name stuck out to Jesse. ‘That’s it’ he said, ‘that’s what we’ll call ourselves.’ Its anti-poverty, an alliteration, and maybe it’ll piss some people off.

All we want for Christmas is a vaccine and a world where our generation realizes the greatness of Shane MacGowan and The Pogues!