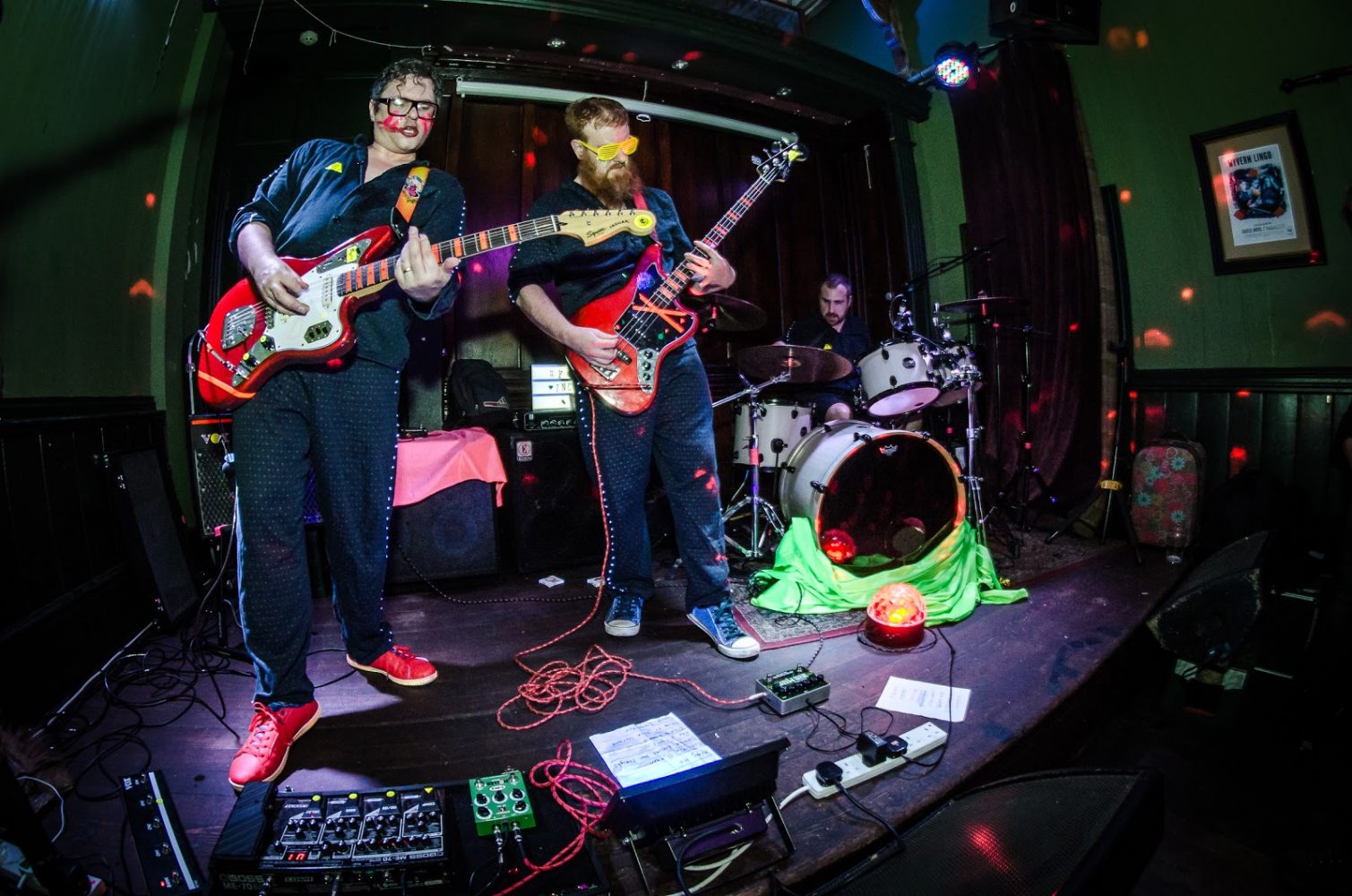 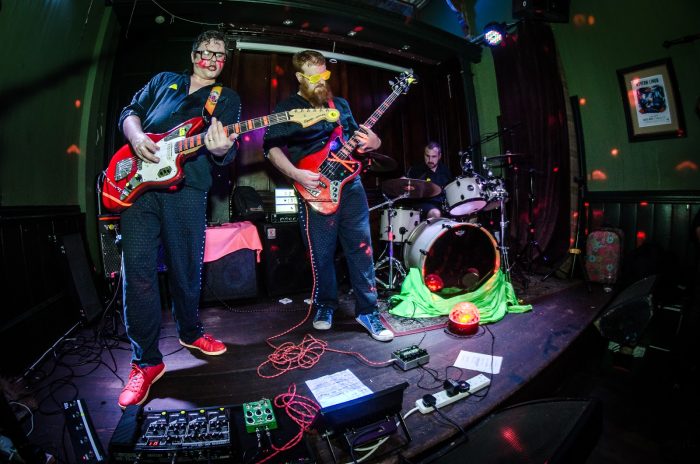 Already featured several times by Louder Than War and fastly becoming one of our favourites, All Hail Hyena are a band growing in popularity throughout the local music scene, with their no nonsense attitude towards being serious about making music that isn’t serious.

After some landmark shows supporting the likes of Grandaddy, William D. Drake, Ultrasound and their intrinsic involvement in the second upcoming Cardiacs / Tim Smith benefit concert The Whole World Window II, All Hail Hyena are a band with their sights set on the glowing rings of Saturn.

Louder Than War Chief, John Robb recently witnessed the band at Manchester Castle where they headlined with another emerging act The Empty Page. John said: “Their zig zag riffs and colliding noise is like the Cardiacs on the East Lancs and, coupled with their Dayglo look, chunky mad scientist sunglasses and twitching energy makes them quite a spectacle…. there is something brilliantly off-kilter about the trio as they cram more ideas into one song than most bands have in a whole set.”

This video for Stranger’s Song is the first in a series of upcoming videos for tracks recorded, mixed, produced and mastered entirely by the band. This video was filmed by Chalkman Video in Bamber Bridge.

10th Feb at The Napier, Blackburn with The Working Man.

14th April at The Ferret, Preston with Mouses.

All words via Paul Scott-Bates. More of Paul’s writing on Louder Than War can be found at his author’s archive. Paul’s website is hiapop and you can follow him on Twitter here, and on Facebook here.