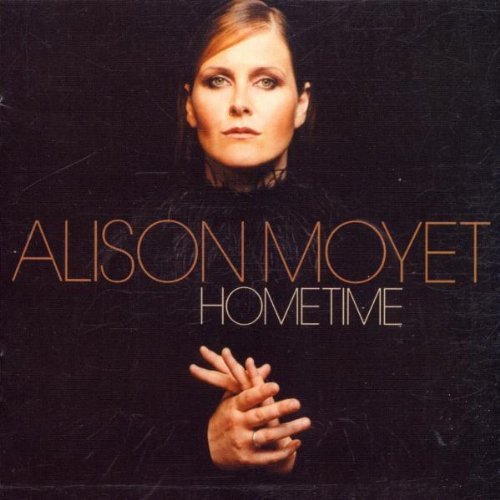 There can be little doubt that Alison Moyet is one of the finest voices that Britain has ever produced. Maybe not since the 1960s has there been a female vocalist that can span the range of Moyet, the early trademark of her contralto tones making her an instantly recognisable proposition.

Following her split from Yazoo with Vince Clarke after their critically acclaimed second album, You And Me Both (which with hindsight showed a huge influence from her), it is fair to say that she was given little creative freedom. The solo debut long player, Alf, whilst spawning three hit singles in the UK saw her slowly become the target of record company control which finally resulted in her break from Sony (and formerly CBS). 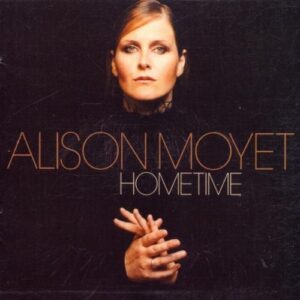 Her fifth album and the first on label Sanctuary. Co-written with her long-time collaborator, Pete Glenister the Brit-nominated album was produced by Tim Norfolk and Bob Locke (aka The Insects) who had already worked with Massive Attack and Madonna. Regarded at the time as her finest work to date, it is indeed a remarkable album. The often sparse production created an air of mystique but more importantly and possibly for the first time, Alison’s voice was able to become the main focus.

Opener, Yesterdays Flame showcases her voice and her songwriting skills perfectly. Cleverly featuring herself on backing vocals in a multi layered presentation, it changes from the sublime to the ever rising and was as perfect a return after an eight year absence as anyone could have ever expected.

The first single from the album, Should I Feel That It’s Over was a medium paced effort again proudly displaying the voice that we had slowly expected to be incredible and were subsequently never disappointed by. Perhaps the album highlight comes with More, where like it or not, Alison gave one of her most sensual moments in a track that oozes lust and sexuality. With a performance nothing short of perfect, it remains stunning to this day.

The title track, an experimental pseudo-jazz composition maybe confirmed her freedom to do whatever she wanted for the first time in her career. A relief to her perhaps, but also an eyebrow raiser to the music buying public finally seeing her doing exactly what she wanted to do.

Sadly, and surprisingly it only peaked at number 18 in the UK album charts. Maybe the public had started to forget her after such a long quiet spell, or maybe they were just not expecting her to be so less pandering to record company bosses. Either way, Hometime marked a turning point in her career for the better.

The additional tracks feature several b-sides, including Bilan a French version of More which is nothing short of perfect, a superb remix of Yesterday’s Flame by The Insects and four demo’s which are released here for the very first time. 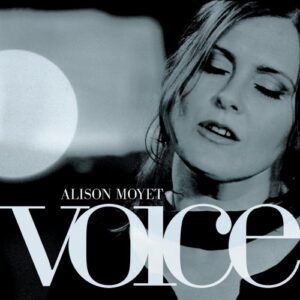 Alison draws on influences of classic, slower cover versions to display her ample talent. The minimal, often orchestral backing (produced and arranged by Anne Dudley) shows off the sheer class of her voice to the pleasure of the record buying public. Reaching number 7 in the album chart it quickly became a favourite collection for her fans.

Tracks include her version (and single release) of Windmills Of Your Mind where she takes the truly awful attempt by Noel Harrison and turns it into something of a classic, and The Man I Love originally written by Gershwin and Gershwin in 1924 for the show Lady Be Good. Cry Me A River originally recorded by Julie London is quite simply beautiful and Elvis Costello’s Almost Blue is heart wrenching stuff.

The main album contains an ironic bonus track in Alfie which is not only faultless, but particularly poignant in the wake of the sad death of Cilla Black.

Disc two features more live performances from her One Blue Voice tour lifted from the DVD of the same name where she flawlessly zips through much of the album in front of an audience clearly watching one of the finest live performances they may ever have witnessed.

We are also treated to live versions of Alfie, Only You (Yazoo) and That Ole Devil Called Love which may well bring you to tears or at least send goose pimples down your spine. 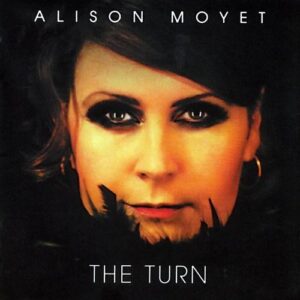 Alison returns to up-tempo numbers and perhaps reaches her creative best. Her third album in five years featured tracks written for the stage play Smaller in which she starred alongside Dawn French.

Disappointingly failing to make the top 20, The Turn boasted an incredible depth of material where she poured out quite superb performances. Album opener and single One More Time was one such piece rising and soaring like the phoenix that she had become. Written once more with Peter Glenister the tracks were all original and to the standard that the pair had been accustomed to writing.

Anytime At All continues the incredible quality and Can’t Say It Like I Mean It puts the brakes on slightly with a pseudo jazz effort before the near rockabilly segments of It’s Not The Thing Henry rears its head. Perhaps the striking thing about The Turn is the diversity of styles on board and how well Alison adapts to each and every one.

With live tracks from The Turn tour on disc two and a few b-sides thrown in for good measure, the vastly underrated album is complete.

Three re-releases which are not only great albums, but serve to remind us that Alison Moyet deserves to have reached the legendary status that she has. She is, without doubt an amazing artist and once who richly deserves to be in the spotlight once more.