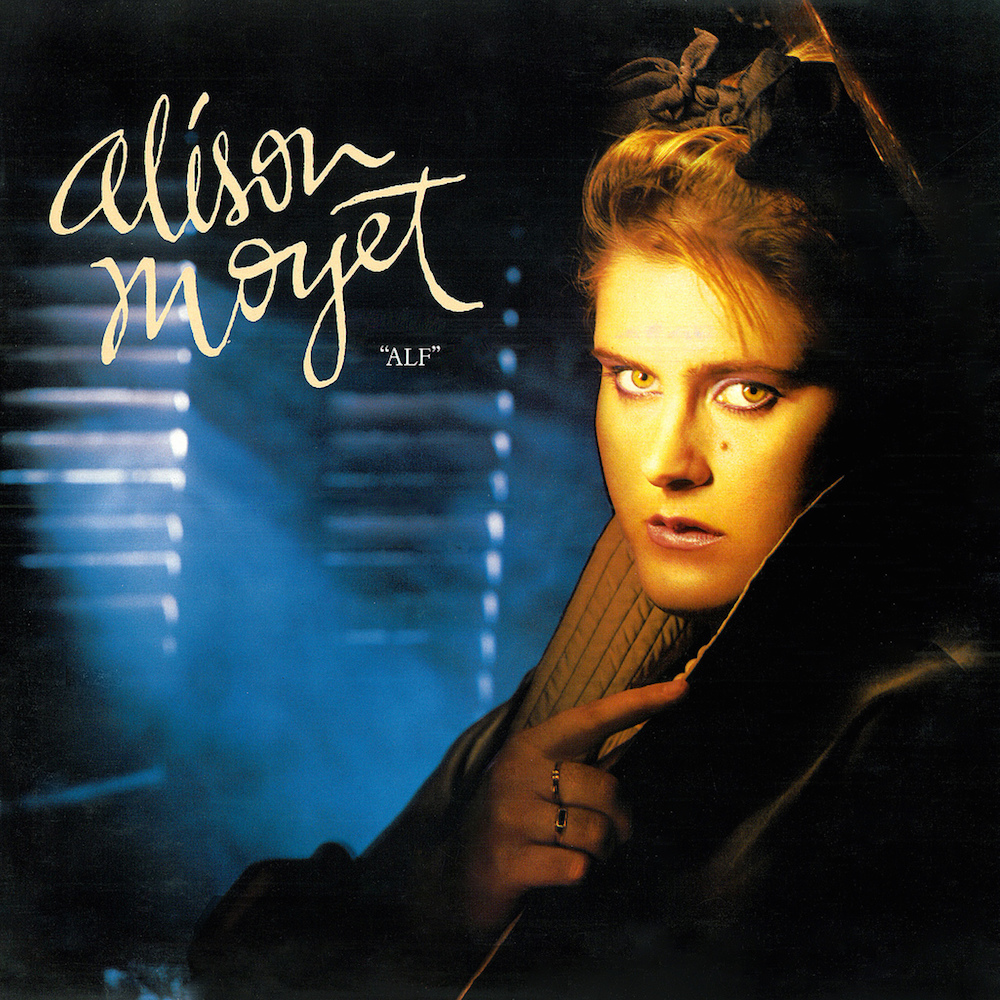 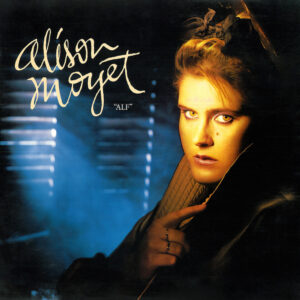 When Yazoo released their second (and final) album, the superb You And Me Both it marked stark change in direction for the dup. The out and out pop of debut Upstairs At Eric’s was replaced by a bluesier, empty, haunting feel with hints of jazz and blues. It was a work of genius from both members who had recorded much of it separately as they had become estranged, and also left the public wondering where each member would go next.
Both members returned to pop. Vince Clarke immediately teamed up with producer Eric Radcliffe to form The Assembly, a short-lived project which eventually led to Erasure, and Alison Moyet embarked on a solo career that would firmly establish her as one of the greatest British voices. Her debut album, Alf (7.5/10) was co-written and produced by Steve Jolley and Tony Swain (Bananarama, Spandau Ballet) and as recorded in less than three months. Lead single Love Resurrection firmly saw the solo career of Alison take off and was the first of three hit singles which also included All Cried Out and Invisible. The singles were perfect chart fodder and were great pop songs of the time.

It was as though she had been with us for an eternity and she was instantly recognised as the incredible voice that she is. An appearance at Live Aid which included an incredible performance of Otis Redding’s Try A Little Tenderness preceded her cover version of That Ole Devil Called Love, the Billie Holliday track that peaked at number 2 in the charts and remains her highest charting single to this day.

Twisting The Knife sees a high-paced funky guitar coupled with a fine performance in a very American sounding track and album closer Where Hides Sleep is a gentler sparse track with multi layered vocals creating a haunting effect beautifully highlighting her vocal prowess. Unsurprisingly, Alf reached number 1 in the UK and quite rightly so. It was near perfect pop for the perfect pop generation of the 80s, and served as a timely reminder that true talent would always shine through.

Musically the album hasn’t aged particularly well, it is of the time and anyone witnessing it first tome round will enjoy it for the memories rather than for modern day credentials although fifteen additional tracks on disc 2 do contain some gems which are on cd for the first time including and Jazz and Live versions of That Old Devil Called Love and its b-side tracks Don’t Burn Down The Bridge and Twisting The Knife (Live). Baby I Do sees a lovely self-penned track which sounds like an old standard and the Transparent Mix of Invisible is of particular note. There are remixed and 12” versions of all three singles which whilst not setting the world on fire do complete the listening of Alf well. 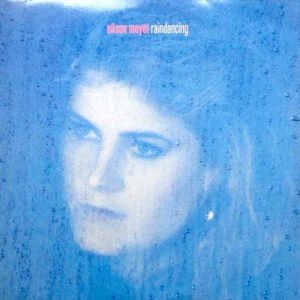 In 1987 Moyet’s second album, Raindancing (7.5/10) followed on where Alf had left off but with a slightly less poppy feel despite spawning four hit singles, two of which reached the top 10 – album opener Weak In The Presence Of Beauty (written and originally recorded by Floy Joy) and Is This Love? penned with Jean Guiot who would later be revealed as none other than Dave Stewart of Eurythmics. Further singles Ordinary Girl and Sleep Like Breathing failed to reach the Top 40, the latter of which was almost criminally ignored as it saw her duet with Dave Freeman of The Lover Speaks who were also responsible for the Annie Lenox track No More I Love You’s.

The album contained the stunning Blow Wind Blow, another haunting track which was stunning in its simplicity and begged to be used as a movie soundtrack, was largely produced by Jimmy Iovine who had recently worked with U2 and Simple Minds and showed the esteem that Alison was now being regarded. Again with the bonus disc come cd firsts including a stunning version of Jacques Brel’s Ne Me Quitte Pas recorded at Wembley Arena, and The Coventry Carol which was recorded for the Olympics benefit album A Very Special Christmas.

Another cover version later in the year saw her return to the Top 5 with Love Letters a song previously famed for the Elvis Presley version, with an accompanying video featuring comedy duo French & Saunders. The bonus disc closes with Let’s Get Personal a track from the 1986 James Brown album Gravity which Alison co-wrote. 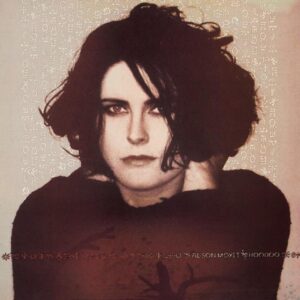 Four years passed before a new Alison Moyet appeared in the shape of Hoodoo (8/10). It marked the beginning of an acrimonious relationship with label Sony who wanted to shape her further into the pop mould whilst she wanted to further follow her roots and influences. Whist it was critically acclaimed, including a Grammy nomination for lead single It Won’t Be Long, Sony refused to promote the album which no was no doubt the cause of This House being the highest performing of four single reaching number 40. The original version of This House, a duet with Vince Clarke remains unreleased.

Produced by Pete Glenister with whom she would work several times, Hoodoo remains a fine sounding album to this day with contributions from Kirsty MacColl (on Wishing You Were Here) Steve Lillywhite and Andy Cox & Divide Steele from Fine Young Cannibals, and probably stretched the vocals of Alison further than they had previously gone.

A bonus disc of a further fourteen tracks contains four versions of the title track and two more of Back Where I Belong. The highlight of this disc however if five live tracks recorded at The Town & Country Club in 1991 which are all previously unreleased and the gorgeous Take Of Me lifted from the b-side of It Won’t Be Long.

Alison Moyet’s fourth album Essex (8 / 10) was controversial with Sony once more. The original album has disappeared, the one that remains is a re-recorded version at the instruction of the record label. With Hoodoo, she was allowed to experiment but that came at the cost of commercial success and to regain that Ian Broudie of The Lightning Seeds was brought in to assist Glenister on production and mixing. The result was a pop strong album though maybe not what Alison had wanted.

The albums four singles had slightly more success than those from the previous album with Whispering Your Name peaking at number 18. The track was a cover of the Jules Shearn song which he recorded along after Ignatius Jones had originally done so. The ballad from early in the album was turned into an upbeat dance affair which again featured Dawn French in the promotional video.

A version of the incredible Ode To Boy from Yazoo’s You And Me Both swansong features twice – guitar and manic production accompany Alison’s vocals and easily becomes the icing on the cake on Essex, along with The First Time I Ever Saw Your Face written by Ewan MacColl (father of Kirsty) and perhaps most famous as the Roberta Flack track.

The deluxe edition of Essex contains a whopping thirty-seven tracks including four previously unreleased tracks Beautiful, How Long (Alternate Version), Blue (The Essential Mix) and Blue (Playing The Field Edit) as well as a Vince Clarke remix of Whispering Your Name and tracks with Lightning Seeds (My Best Day) and Tricky (Make A Change).

The litigation with Sony would mean no further albums from Moyet for over eight years ending the first chapter in a staggering solo career. Undoubtedly, a wondrous voice, Alison Moyet is a national treasure and one that should be present in everyone music collection with these four re-issues giving a valid excuse.