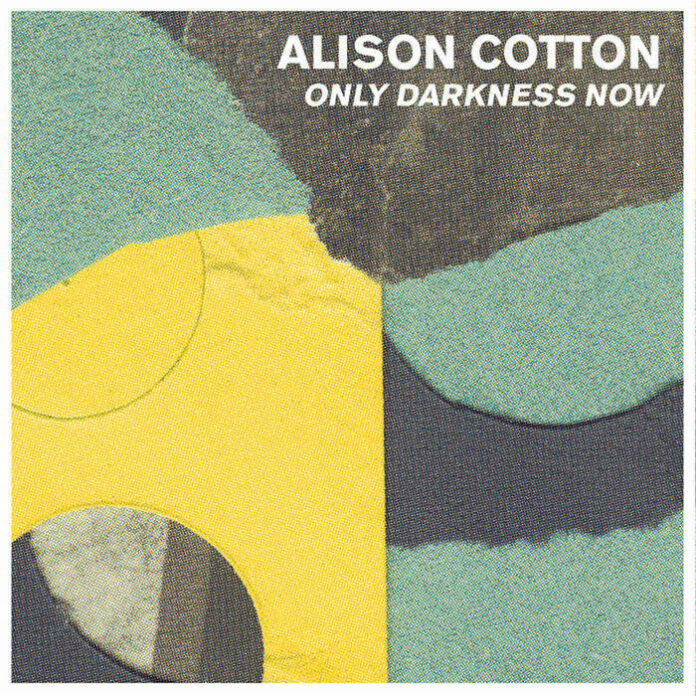 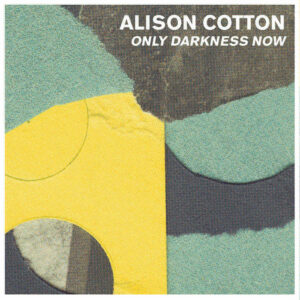 One of the more notable feelings you get when listening into Alison Cotton’s work is that of the creation of actual, physical space, of the ground beneath your feet. I’m sure that Only Darkness Now (now released on vinyl after a cassette release earlier this year) could be seen as a record that plays heavily with mood and tone but her music is essentially earthy music, invested with a sharpness of observation that can catch you unawares.

This is also one of those records that acts as a gateway. Entering somewhere else using music whether by replicating a landscape, involving a memory or just tuning out and can be a magical thing. It can also be a daunting one. And Cotton’s work demands – and creates – a sense of concentration and rigour; despite its seeming simplicity isn’t there to please. Like an amiable presence whose core power you only start to sketch out after a few meetings, Only Darkness Now needs respect. Even with short, sharp cuts, such as ‘The Hill Was Hollow’, which feel like they’ve been etched into rock with a knife.

It’s also a record of formidable balance. Three short tracks are sandwiched between  this massive opening number and the twelve minute closer, a powerful and spooky cover of ‘Shirt of Lace’ by Dorothy Carter. Nevertheless these shorter cuts bring other, maybe surprising, colours to the spectrum. The slippy vocals of ‘In Solitude I WIll Fade Away’ reminds me – in style – of The White Noise LP despite the arrangements not being especially dippy or trippy. On the contrary, they are quite unnerving.

There are many questions asked of the listener throughout. What, for example, is behind the spiderweb gate of the gargantuan opening track? We have twenty minutes to work that out, as Omnichord, viola and voice create a backdrop which is occasionally punctuated by some bell tolling (is it a bell?) and some more energetic passages on fiddle. At times the drone begins to sound like that reedy mediaeval synth line conjured up on Klaus Schultze’s Black Dance. It’s a beautiful meditative piece, made more powerful by its dalliance with minor chords, half tones and fleeting passages of dissonance. Its feel – that of walking hard miles – is  picked up in sketch form with the tough, stripped sermon of ‘How My Heart Bled in Bleeding Heart Yard’ and confirmed with the dread lullaby of Shirt of Lace.

A powerful and thought-provoking release.