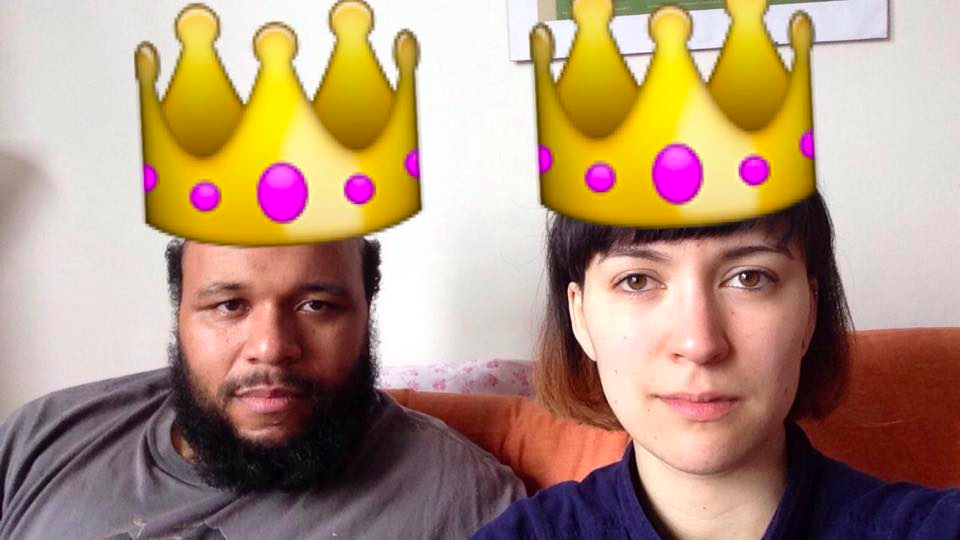 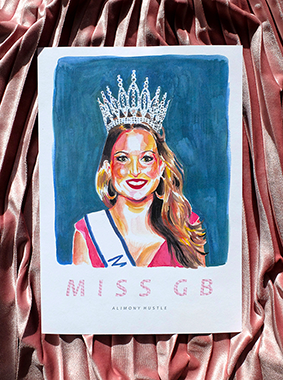 Sheffield / Bristol guitar and drum duo Alimony Hustle are about to release new single Miss GB and if you love Speedy Oritz you need to hear this now!

When band’s tackle the social and political they often start their commentary about those at the top, distilling their anger at the system into three minute kitchen sink dramas of ‘look what you’ve done’. The culture between those two points rarely gets the scrutiny. Not so with the latest track from Sheffield / Bristol indiepoppers Alimony Hustle, Miss GB.

In the band’s own word’s they, “don’t think that writing about the state of the world needs to mean turning a blind eye to all of the trashy, fun pop culture that keeps us entertained every day. Watching reality TV is like seeing the whole world in a microcosm. The song Miss GB is about this: sexism, regret, the death of dreams and, ultimately, doing what you want in the face of all of that.”

Based on Zara Holland, a Miss GB who had her title rescinded by pageant bosses when footage of her sleeping with another contestant on ITV’s Love Island emerged.

Set against math rock riffs and gentle girl/boy harmonies, lyrically we’re given an inner monologue of as Zara contemplates the loss of her crown, the judgement on her action, but ultimately the resolution to own all that she was, is, and will be for no-ones approval but her own. A stronger statement and a subtle subversion of this woman’s tale, likely to be written off by many of comeuppance for vanity and the pursuit of validation.

A duo of Leah Pritchard and Matt Mndol Miss GB is a typically playful and irreverent approach to subject set to their cutecore sound, a much fuller noise than you might expect from the set-up but as multi-instrumentalists you get a full band effect from the two of them.

Miss GB, and b side No Chill, follow on from earlier releases, which under the shimmering surface of guitar and harmony often confessional and cathartic lyrics lie. For subtlety without shying away, for songs that are as danceable and catchy as they are pointed, Alimony Hustle has you covered.

New Alimony Hustle single Miss GB is out now digitally and as a limited art print via their Bandcamp.

All words by Sarah Lay. Sarah is editor of Louder Than War and you can find her author archive here, follow her on Twitter or find her full portfolio of music writing here.