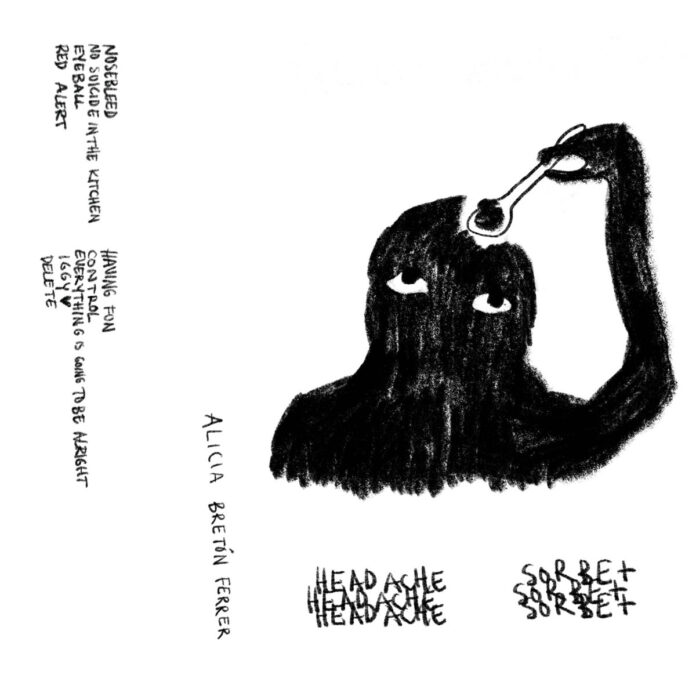 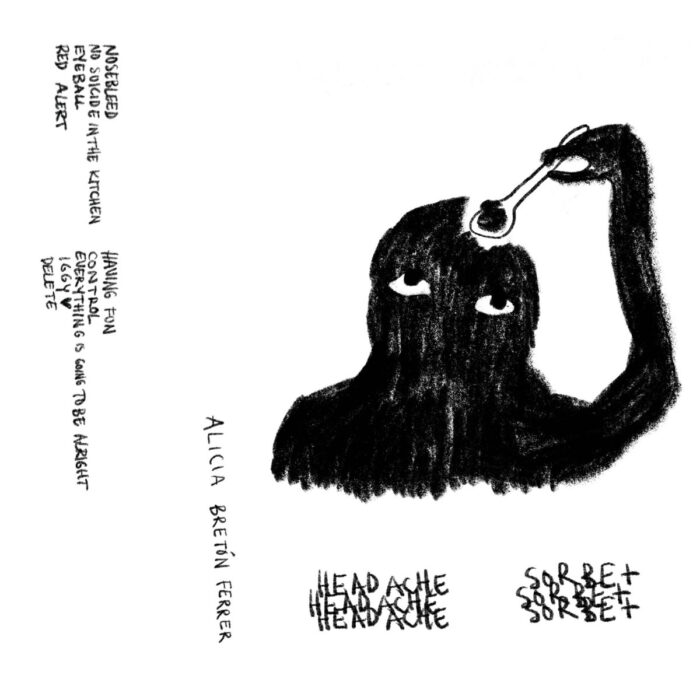 Normally a record that boasts a song dedicated to, and featuring a pet cat (however sinister) would receive short shrift. But it’s been an awful year or so and we should all cut each other some emotional slack. The record title, Headache Sorbet is an appropriate and pretty witty summation of the last year, too, so bonus points can also be awarded there. Better, Headache Sorbet is the debut release from The Sweet Release of Death singer, Alicia Bretón Ferrer. And this fact promises a great deal.

The Sweet Release of Death have, over the last 5 years or so, built up a reputation for creating very appealing maelstroms of sound. They are an essentially arty Rotterdam band, meaning a lot of other things go into the mix, including Bretón Ferrer’s laconic worldview. But, despite the racket she, Martin Tevel and Sven Engelsman make, and her and Martin Tevel’s propensity for lugubrious, Rotterdamse wit, it’s always clear that Bretón Ferrer wears her heart on her sleeve when getting her message across. The Sweet Release of Death are an honest band at heart, however clever. That’s why this record, with all the mirror-facing bedroom soliloquies and taped confessions, doesn’t feel as if it’s a huge step away from the mothership.

Headache Sorbet is also a bedroom record through and through. Its humour and quick changes of mood and dreaminess, very much looking outside from in, remind me of the Grey Gardens documentary. And like Edie Beale, Alicia is a staunch woman. S-T-A-U-N-C-H. Bretón Ferrer’s no nonsense brand of humour is there from the off, with the footsie “shall we shan’t we” found in ‘Nosebleed’ and the swirling ‘No Suicide in the Kitchen’, where you’re not sure whether Alicia’s teasing you while she puts the tea on. Probably.

These opening tracks, and many others, display a simplicity born of confidence. It’s not only the fact that there aren’t (thankfully) a million instruments pressed into action. Rather the instrumentation – such as it is – is made to sweat out its last drops into the collective well. This effort gives a bigger headspace than you’d expect. Something else: despite the atonal eruptions here and there, the sound of silence often dictates on Headache Sorbet. The use of pauses, repetition, cut and paste vocal filters and breathing techniques that ratchet up the tension, or make more space for the listener’s thoughts, accentuate this quality. It’s a painterly record. Minimalist, European, arty American East Coast. ‘Having Fun’ with Gerhard Richter, Sigmar Polke and John Baldessari, that kind of thing. Even on a sparsely decorated solo record, made in lockdown, Alicia knows when to hold back, and make her mark.

It’s a record that also slips by without the listener really noting what’s going on. This evasiveness has little to do with any deliberate obscurantism; the music on Headache Sorbet is always interesting and attractive. It’s more that these tracks, especially ‘Eyeball’, or ‘Red Alert’ and ‘Control’, are happy working on themselves in a corner. You can join in if you wish.

So overall a fascinating and very appealing release. And, oh, yeah. I quite like the track about the cat. Like many things at the moment, it’s found its time and place.