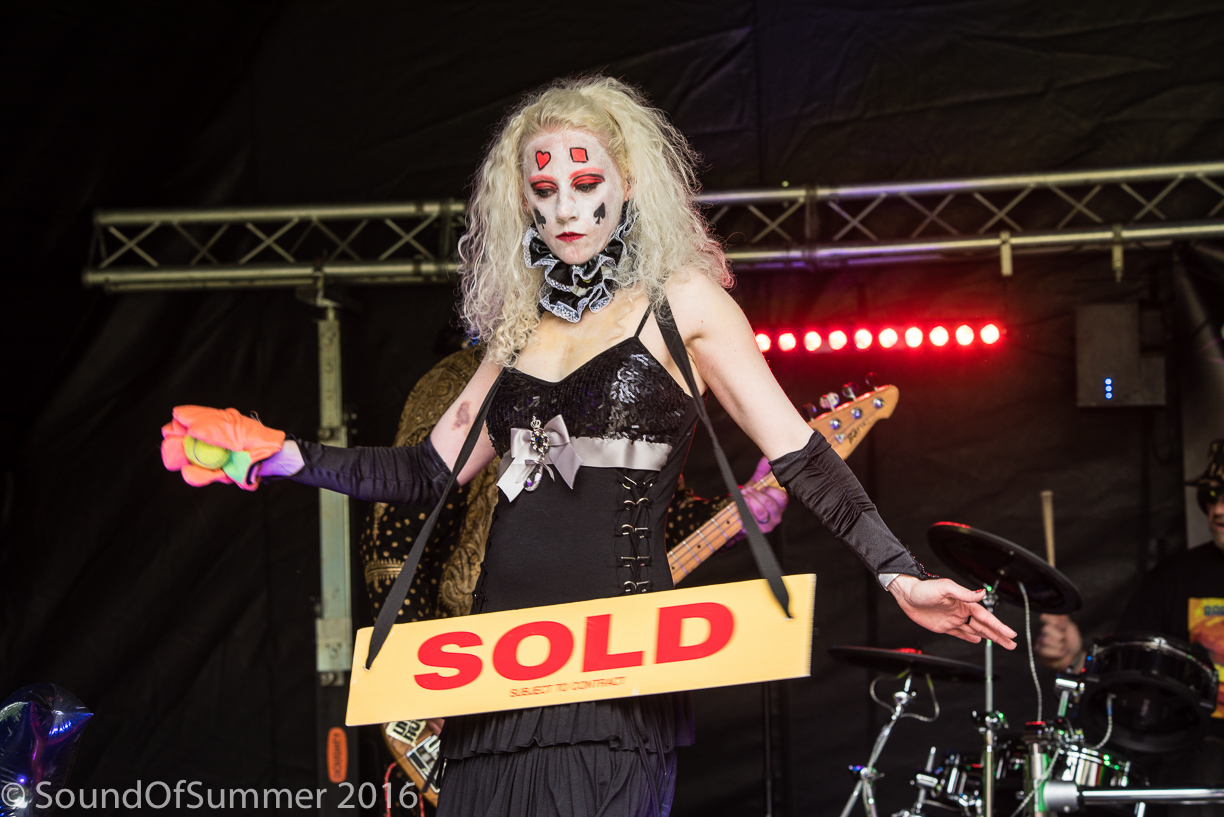 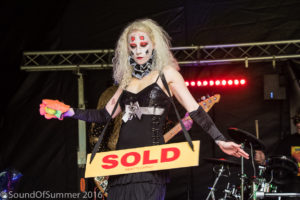 Alice’s Wicked Tea Party is a celebration of alternative music set against the backdrop of rural Dorset.  Alan Ewart went along to check it out.

I was intrigued when I saw the advertising for Alice’s Wicked Tea Party in 2015.  The little grassroots festival is curated by Shaun Histed-Todd from Wicked Spins radio.  It looked like a belting weekend but sadly I was ill last year and had to cry off.  I was determined to get there this year, especially as the event takes place at Holt Heath near Wimborne, less than 20 minutes from home.  Falling as it does between Bearded Theory and Download festivals it offers me a great opportunity to get out to enjoy some music without having to drive the length of the country.

The Tea Party is a small and intimate affair limited this year to 300 people with an option to extend to 500.  It is situated behind the Cross Keys public house so food, drink and toilet facilities are great though there are ample port-a-loos for campers too.  There is plenty of space and plenty of parking too.

I rocked up shortly after 6 p.m. to find the party in full swing and to find a number of familiar faces from the grassroots festival circuit on site.  The music site is in a clearing surrounded by high hedges and with two stages set at right angles to each other, you didn’t even have to move to take in all the action. 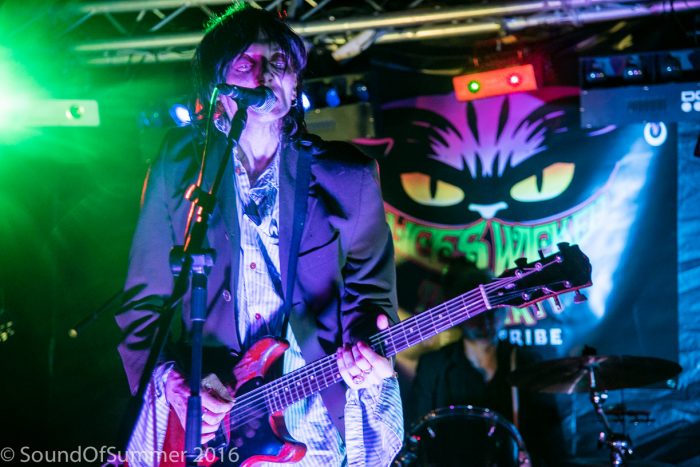 The action was non-stop as the focus switched from stage to stage and I must say that every band I saw on Friday was excellent.  To be fair this is an alternative festival and it seemed to me that Saturday’s line-up took a slightly more electronic route, something that isn’t really to my taste.  That said all of the bands on both days were massively entertaining and many entered into the spirit of the festival with wacky outfits, facepaint and general craziness.  What a blast, it really was enormously good fun and everyone present seemed to be having a great time.

Shaun managed to put on a line-up of around 25 bands over the two days for the princely sum of £40 including camping.  With so many festivals on the circuit now it is difficult to reach the point where you are selling all the tickets and you need to sell the tickets if you are to attract bigger name bands.

Shaun has taken a brave step to showcase alternative music in a crowded festival market.  He managed to increase the numbers attending from last year and hopefully this will prove a stepping stone to bigger things for the Tea Party. 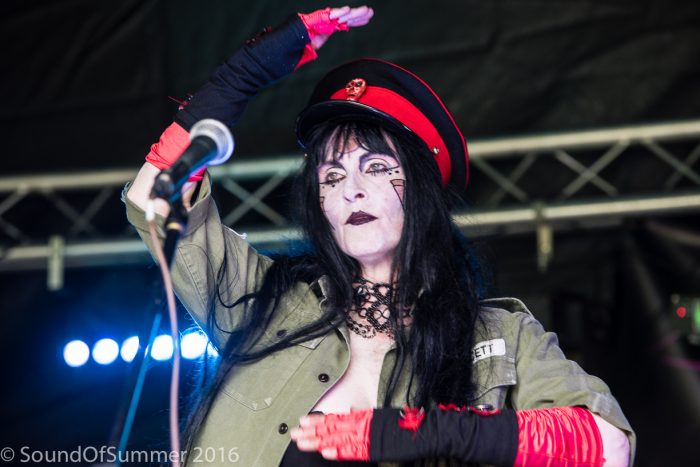 I confess that most of the Tea Party bands were new to me but of course there were some standout performances.  I really enjoyed Die Kur, Mr Strange, Anarchist Wood and Department S.  Flesh Eating Foundation were absolutely not my thing but I loved their on-stage antics.  Doghouse were also incredibly good fun.

The Tea Party atmosphere was great across the weekend, people really entered into the spirit and the bands seemed to enjoy themselves.  If Alice’s Wicked Tea Party can attract a crowd up to the 500 capacity limit then I am confident that this can become an event that sells out every year.  I think there is room for the Tea Party on the grassroots circuit but it does need the word to spread so that people can come along and join in the fun.