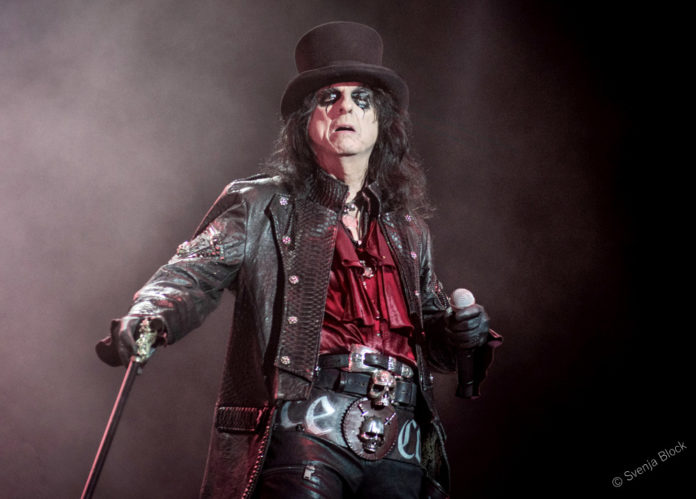 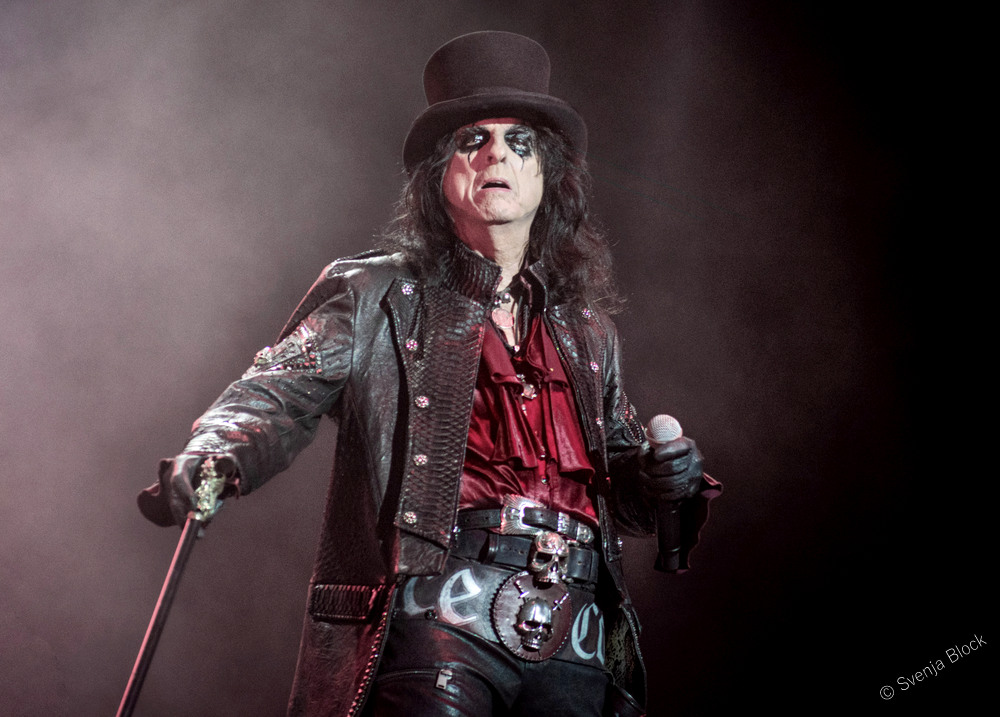 When Alice Cooper invites you to his castle of horror, it’s damn near impossible to turn down the chance to go. Especially when legendary acts such as MC50 and The Stranglers are tour supports. Tonight, folks gather for what is guaranteed to be one of the best rock and roll shows of the year. Sophie Sparham reports back from Birmingham. Photographs courtesy © Svenja Block

First up are MC50, a supergroup, continuing the music of countercultural rockers MC5. The band are made up of original MC5 guitarist Wayne Kramer, Soundgarden guitarist Kim Thayil, Faith No More bassist Billy Gould, Fugazi drummer Brendan Canty, and fronted by San Francisco singer Marcus Durant. For rock and roll music fans, this really is the line-up of dreams and a perfect continuation of what Rob Tyner and other MC5 members started back in the 60s. 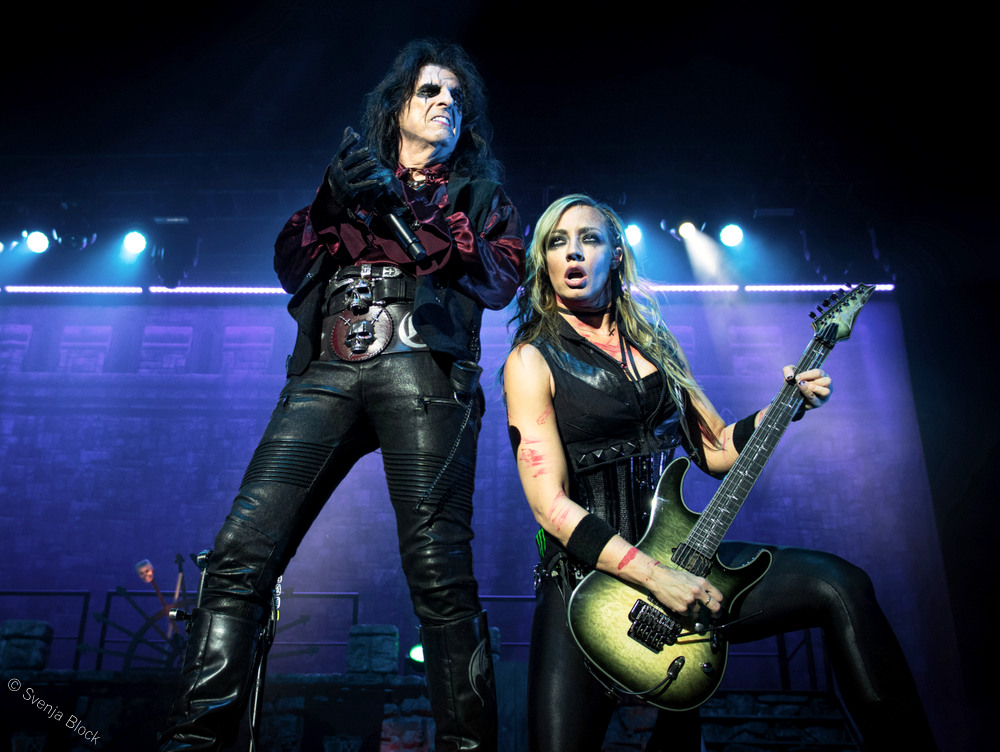 MC5 give an electric performance, presenting us with raging rock and roll energy through the band’s trademark songs such as ‘Kick Out the Jams’ and ‘Sister Anne’. Their last song, “Look at You”, they dedicate to the US present, telling the crowd about their distaste on what is going on politically.

Next up, with their famously catchy basslines and well-crafted keyboards, are no other than The Stranglers. The band take on a different energy than MC50, holding back on the explosiveness but playing a perfectly crafted set all the same. Their set includes the classic ‘Golden Brown’ to their own take on ‘Walk on By’ to more obscure numbers like 1978 album track ‘Toiler on the Sea’ and the newer ‘Freedom is Insane’.

Cool as cucumbers, the band play their set with ease, finishing on ‘No More Heroes’ which get the crowd singing as they wait for Alice.

Finally, the stage curtains go up and Alice Cooper bursts out, kicking things off with ‘Feed my Frankenstein’.  Cooper is everything you want in a rock n’ roll showman, even in his early 70s, he struts about the stage, top hat on head and cane in hand, commanding the crowd. His band, as always, are on point with the powerful Nita Strauss shredding the guitar. 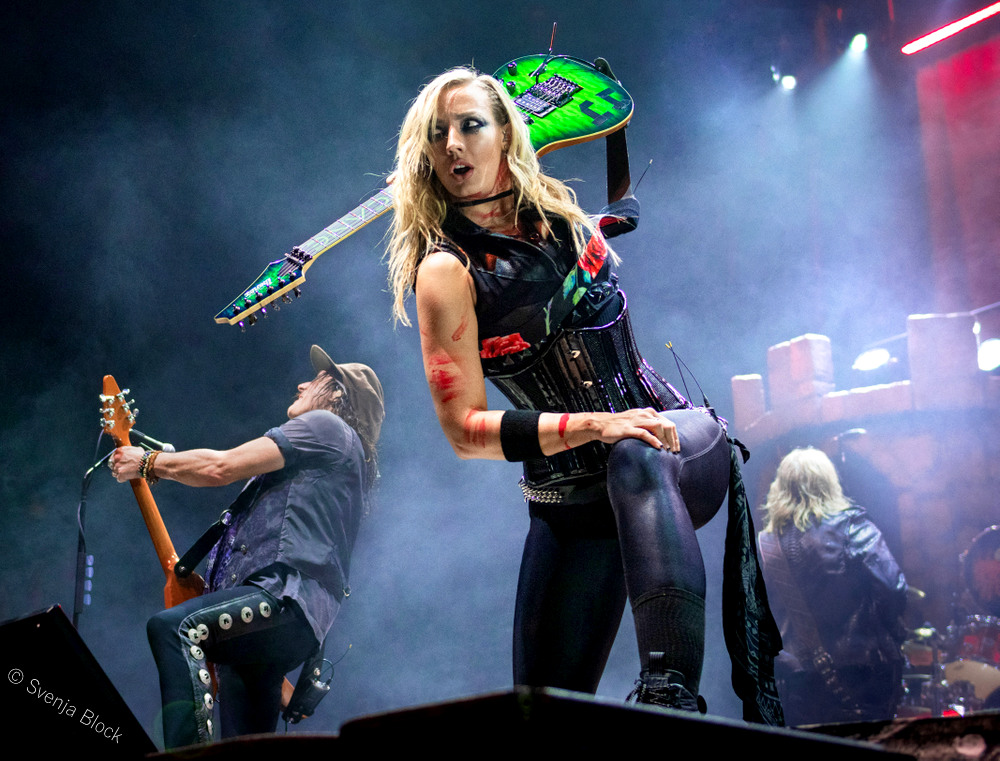 The track list includes anthems such as ‘Eighteen’ to ‘Billion Dollar Babies’, ‘Bed of Nails’, ‘Poison’… I could go on. And everyone one of those songs is played with 110% energy. Both bands and fans are giving it everything they’ve got, enjoying the music as one big family.

The set gives off serious Halloween B movie vibes, with a castle taking up most of the stage and monsters, giant babies and ghoulish women running around within songs. In typical Cooper fashion and true pantomime villainy, Alice gets his head guillotined off and then bursts from a coffin in the song ‘Escape’.

The band finish with ‘School’s Out and a mass of balloons fall from the ceiling, popping to realise confetti over the audience. It’s very clear that no matter what, Alice Cooper is a rock and roll legend and remains the godfather of shock rock. Seriously, who wouldn’t want to go and see this? Just in time for Halloween as well! 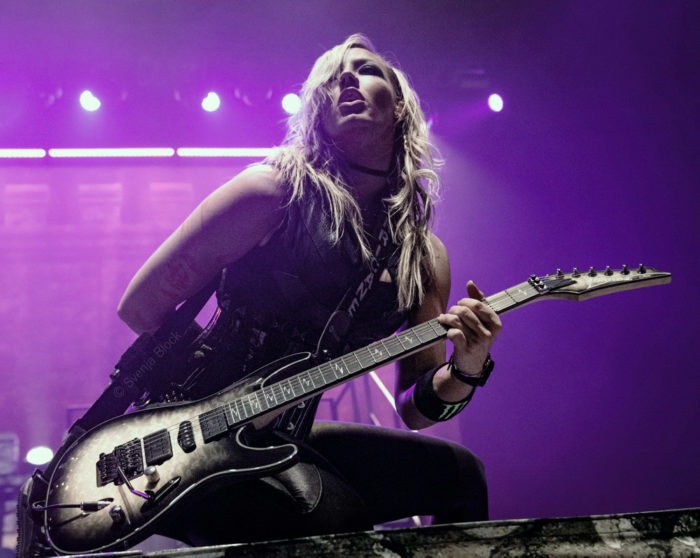 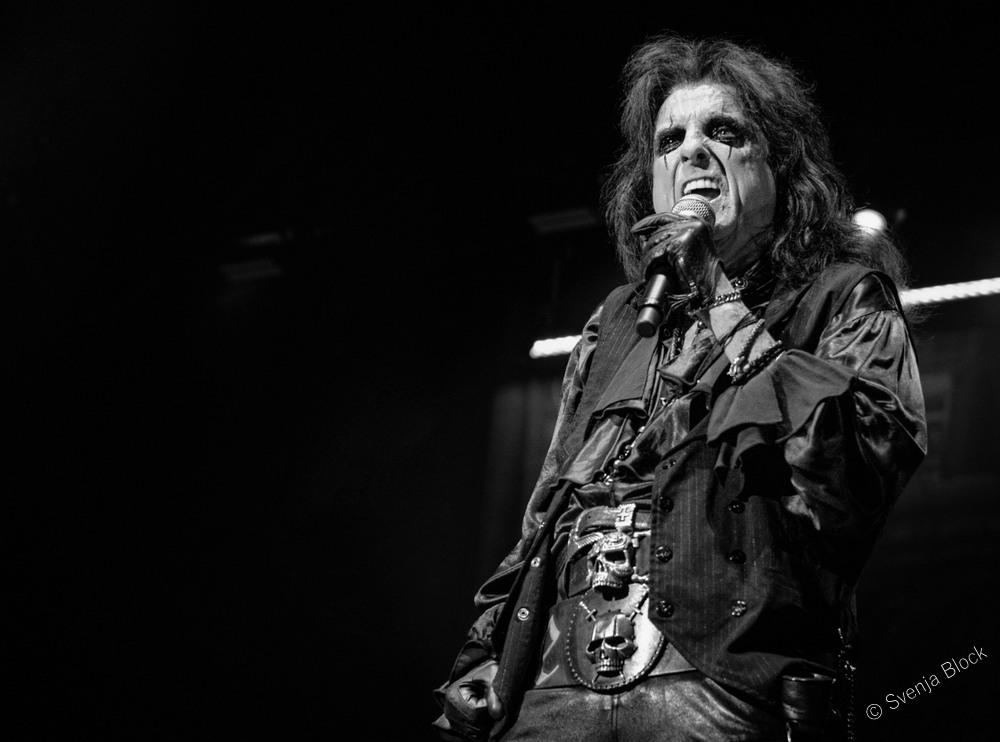