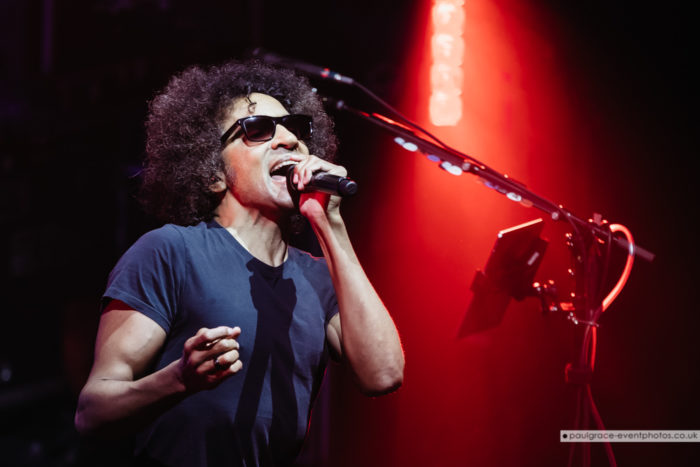 Dogged by tragedy and hiatus, and with a historically meagre output (five studio albums and three EP’s in nearly 30 years), Alice In Chains still manage to draw a massive following (nearly 5 million Facebook followers), reflection no doubt of their catalogue’s timeless calibre, and legendary live performances. The last time the band appeared in the UK capital was in 2013 where they played the 10,000 capacity Alexandra Palace, the setting for tonight’s show however is the far more intimate Shepherd’s Bush Empire. Despite the smaller venue, tickets sold out within minutes and rather predictably were immediately being exchanged for hundreds of pounds on third party resale websites.

Up first tonight and capably providing support are Brighton’s Blood Red Shoes. The two piece announce they were only given 48 hours notice of the slot, but still seriously impress with a punchy mix of alternative rock and spiky pop. 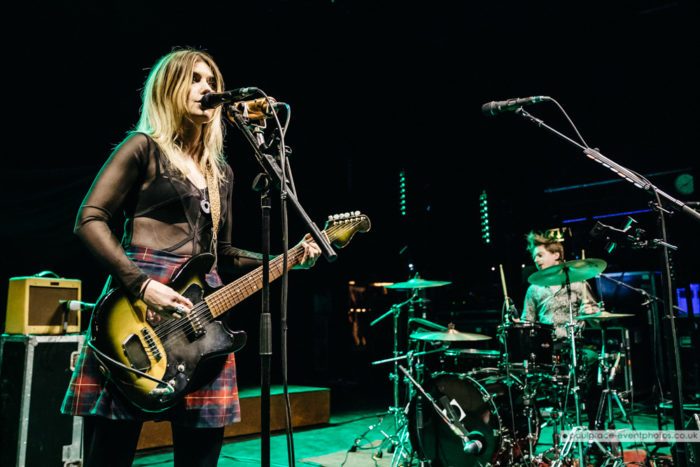 With expectation reaching fever pitch, the welcome Alice In Chains receive from the heaving room is nothing short of breathtaking. Opening with Bleed The Freak, in beautiful juxtapose, an explosion of fists replaces a hazy sea of hands as the brooding rhythm kicks in.

So sets the scene and for nearly two hours the command Alice In Chains demonstrate over their catalogue is astonishing. Check My Brain, with its paranoia inducing riffs and moody shuffle, sends a shiver down my spine, to the point that it’s genuinely hard to believe there are only four people up there making that wonderful noise. William DuVall, who replaced Layne Staley following his tragic passing, proves he’s a fabulous showman, encouraging crowd interaction throughout the gig, his vocals harmonising perfectly with fellow vocalist/guitarist Jerry Cantrell. 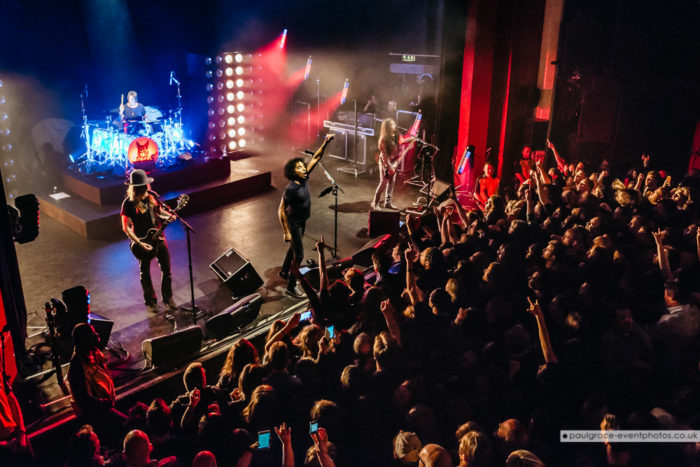 1995’s Again echoes Nirvana at their delusional finest, and the muscular cocktail of neo grunge, classic metal, woozy blues and post punk only slows momentarily for Down In A Hole, during which the entire room sings along in goose bump inducing unison. Ah yes, the fans are equally entertaining tonight; I’m stood next to two wasted Irish lads in full celebratory mode singing along to every word (“This is f*cking amazing I tell ya!!!”). Their screeching even manages to drown out DuVall vocal’s at one point until one of them falls over and they decide to call it a night. Don’t envy their hangovers tomorrow!

The production is simple but sophisticated – two banks of super bright spotlights provide retina burning back lighting offering a cool retro feel, and are rotated mid set to reveal a couple of video walls displaying tripped out visuals.

The band leave to 1990’s Man In The Box, and of course return moments later for a four song encore. New track, The One You Know, is full of driving Alice spirit suggesting there’s plenty of life in the old band yet, and as if the show couldn’t get any better, we’re treated to 1992 classic Would? causing more deafening fan singing and screams.

A mind-blowingly good show. Alice In Chains are in their absolute mature prime – the ghosts have been well and truly laid to rest given way to a band that’s full of unique character and oozing with confidence. To think it’s a Sunday night too. Now where’s that new album???