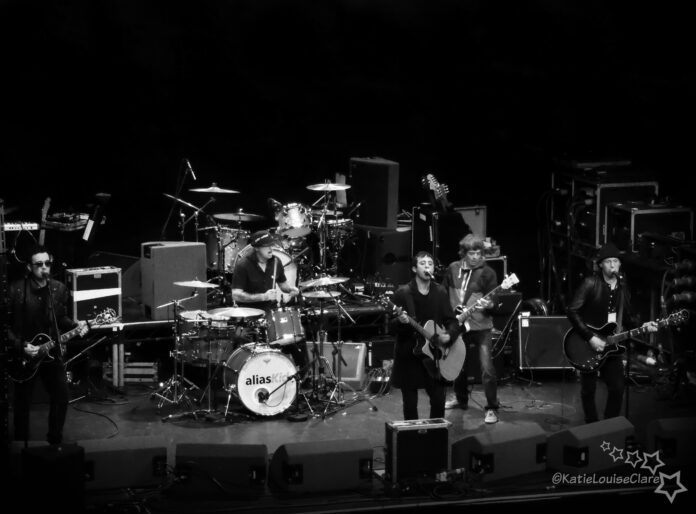 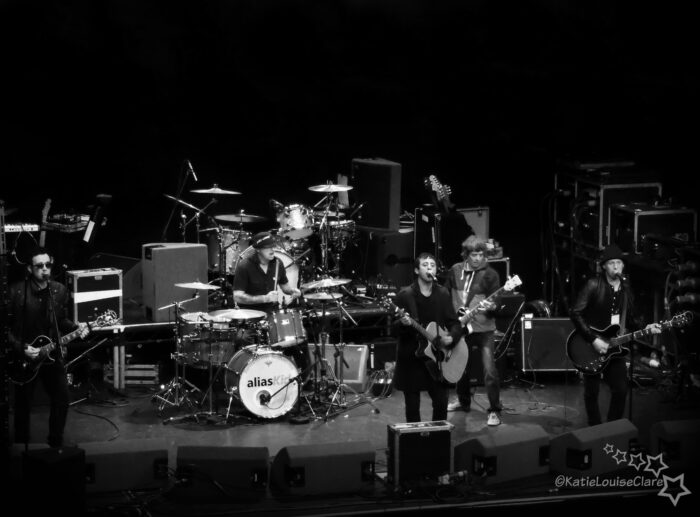 In his first review for Louder Than War Michael Townsend caught Alias Kid in Warrington. Will they end up spearheading a resurgence in Mancunian rock and roll? He certainly seems to think so.

I must admit, I purposefully entered this gig with as little information and preconceptions regarding Alias Kid as possible. A brief internet search indicated that they have signed to Alan McGee’s 359 Music imprint – a joint venture with Iain McNay’s Cherry Red label. I have twenty five years of admiration for McGee’s Creation Records stable of artists and I didn’t want that to taint my review. In the end it wouldn’t have mattered anyway. 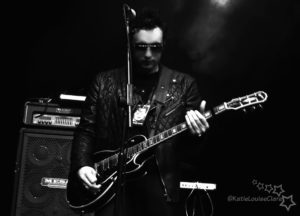 The songs are punchy three to four minute moments of guitar pop and rock, and very good. The music was delivered boisterously and loud – articulated in a far more raucous and laddish manner than the polished recordings laid down on their excellent Revolt To Revolt album, which I purchased and listened to afterwards. Frontmen, guitarists and songwriters Maz Behdjet and Sean O’Donnell were spot on with their vocals, along with backing vocals from powerful lead guitarist James Sweeney. Double and triple harmonies were the order of the day, never a dischordant moment. The rhythm section of drummer Colin Ward and bassist Nick Repton provided a very strong foundation on every track and they were having a great time, with Colin singing furiously to himself and Nick necking a bottle of white wine by the end of the set. The eight tracks that they played were delivered with enormous enthusiasm and humour. Standout moments were Never Negotiate, She Don’t Yeah Yeah Yeah, Dirty Soul, Revolution Sometimes and Messiah. A fellow journalist observed that Smoke And Ashes is the love song that thousands of girls would wish had been written for them. She’s correct. It’s obvious that these are good mates – they engaged well with the crowd and were joking amongst themselves, without ever overdoing it. There was a strong sense of bonhomie, and a great time was had by all. These lads have the look and the swagger. A proper gang.

I’m looking forward to a resurgence of Mancunian rock and roll – the city wants it. If Alias Kid keep this up and build on it then they could well be at the forefront, and it would be thoroughly deserved. A great gig.

All words by Michael Townsend. This is his first article for Louder Than War.