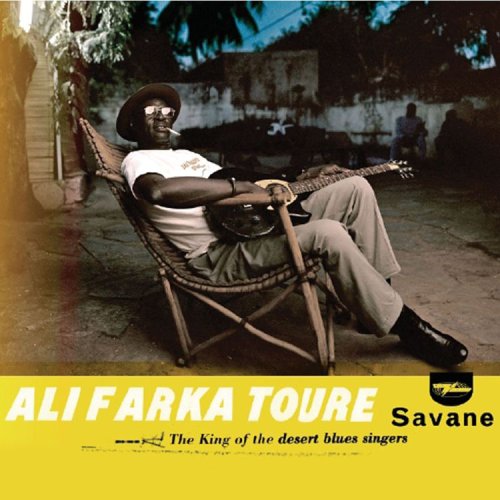 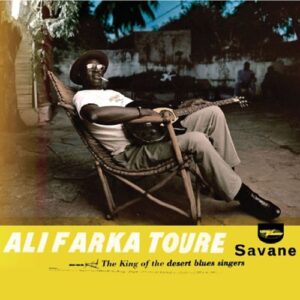 Savane is the final solo album, released posthumously in 2006, by Malian guitarist and multi-instrumentalist Ali Farka Touré who had died earlier that year, following a period of illness. Variously described as ‘the king of the desert blues’ and ‘the intersection of traditional Malian music and the blues’, Ali Farka Touré was a titan in music. Having become disillusioned with the industry he turned his hand to farming and in 2004, was elected mayor of his home region Niafunké, in Northern Mali. He continued to champion traditional music founding an ngoni band with Bassekou Kouyaté. Persuaded to record once more and aware of his illness, he composed the songs for Savane at home in Niafunké and recorded the album in Bamako. Savane also forms the third and final part of the Hotel Mandé Sessions cut with kora player Toumani Diabaté. The recording has been remastered and is available on double vinyl for the first time.

Savane was a triumphant return to the studio for Ali Farka Touré; he is said to have described it as ‘my best album ever’; a claim which is entirely justified. As well as guitar, the album features ngoni (four string lute), njarka (one string violin), traditional percussion, harmonica and brass. Touré’s resonating vocal with harmonic choral backing stands dramatically against the instrumental tapestry. Savane sizzles and crackles with atmosphere intermittently entering transporting, meditative moods. The music teeters elusively on the edge of the familiar and the unknown with great allure for fifty five minutes of spellbinding music. It is an enduring legacy of great wealth to fans around the world.

Savane reveals itself anew with each listen: an enduring grand opus.

All words by Bryony Hegarty. See her author profile here