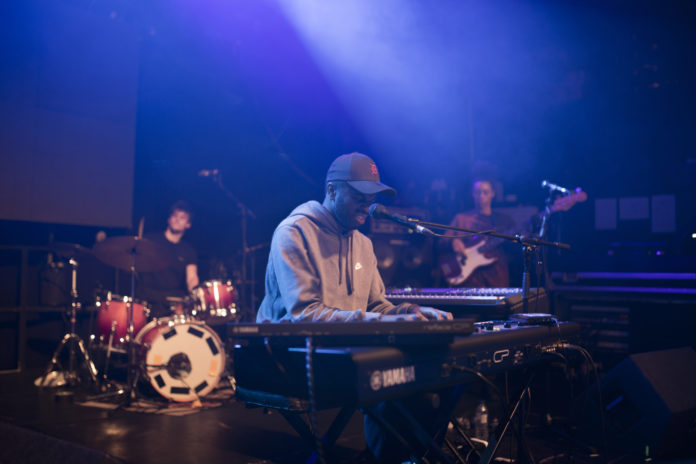 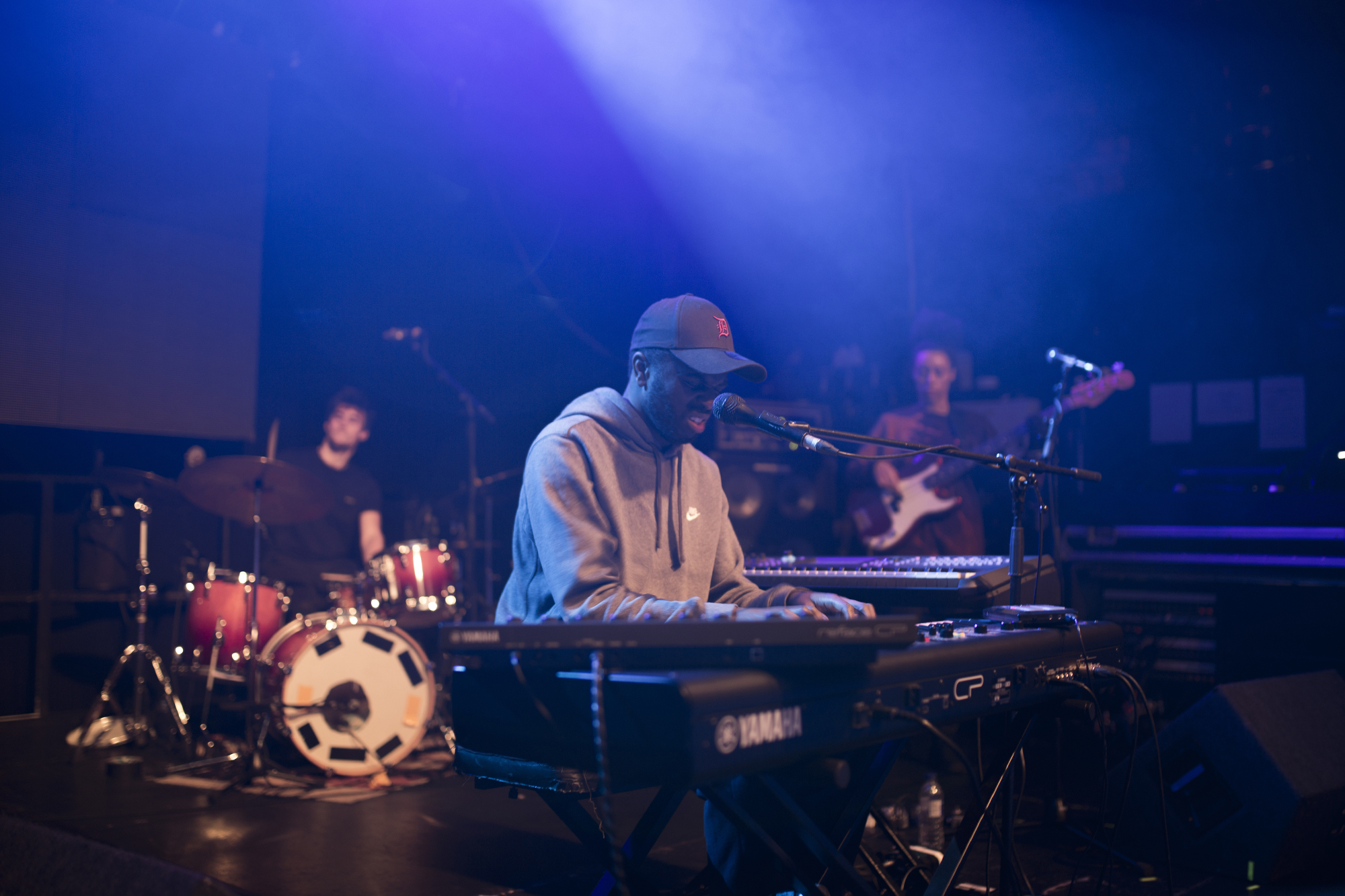 Jazz keyboard Alfa Mist and his band stop by SWX to enchant Bristol with their sleek and soulful sound. Elliott Simpson reviews, with photography by Michael Brumby.

It’s hard to think of a better way to pass a rainy Thursday evening than by bathing in all-too-smooth music of Alfa Mist and his band. Emerging from the same melting pot of London jazz talent as acts like Ezra Collective and KOKOROKO, the keyboardist has really made a name for himself over the past few years. Over the course of three albums, he’s built up a significant fanbase in London and beyond – as shown by the huge turnout at Bristol’s SWX tonight.

Opening for Alfa Mist is a local favourite: Waldo’s Gift. They’re practically a household name in Bristol thanks to their weekly residency at Gallimaufrey, and their set tonight more than demonstrates why the three-piece is so beloved. Each member is given a chance to shine as they charge through new material, as well as a number of improvisations. They even squeeze in an electrifying cover of Aphex Twin’s ‘Vordhosbn’, which has no right to work as well as it does.

Soon after, Alfa Mist and his band arrive on stage. They pick up their instruments and settle into their respective spots with an enviable sense of ease – as if they’ve been playing the venue every night for the past ten years.

As the first few notes of Mist’s glistening keyboard wash over the room, the atmosphere quickly shifts. It’s as though we’ve been wisped away to some smokey jazz cafe. Each of the band members slowly joins in on the opening song – the sleek and steady ‘Kyoki’ – and soon enough everyone in the audience is bobbing their head in time.

While Mist’s keyboard guides the song, each member of his band feels essential; it’s as if they’re components of an intricate machine. The rhythm section of drummer Jamie Houghton and bassist Kaya Thomas-Dyke is understated but acts as a kind of glue for the group. They guide the song along, giving it an effortless sense of swagger, while the other musicians take turns to solo over the top of everything. 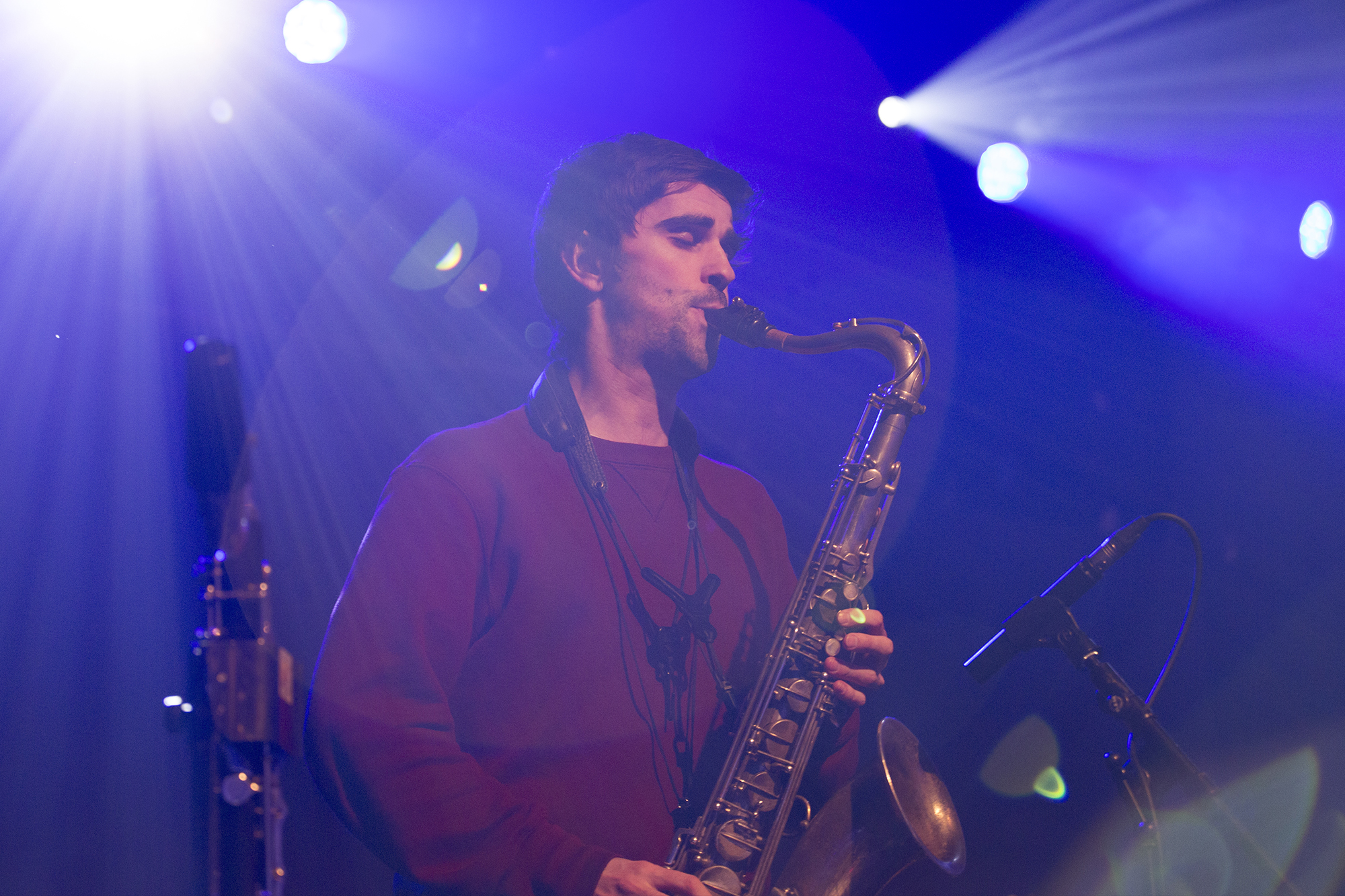 “Man, I love coming to Bristol,” says Mist after the song, before quickly kicking off the next one. ‘Nucleus’ puts guitarist Jamie Leeming in the spotlight, with his soothing noodling layering over much of the song. Towards the end, saxophonist Sam Rapley delivers the finishing blow, with a smokey, wandering solo that sounds like it’s been ripped out of old-school detective movie soundtrack.

There are many standout moments during the show and the material from last year’s Structuralism in particular shine. On the soulful ‘Glad I Lived’, Mist tries his hand at rapping to great success. The song has a purposeful sparseness to it, giving the lyrics room to breathe. 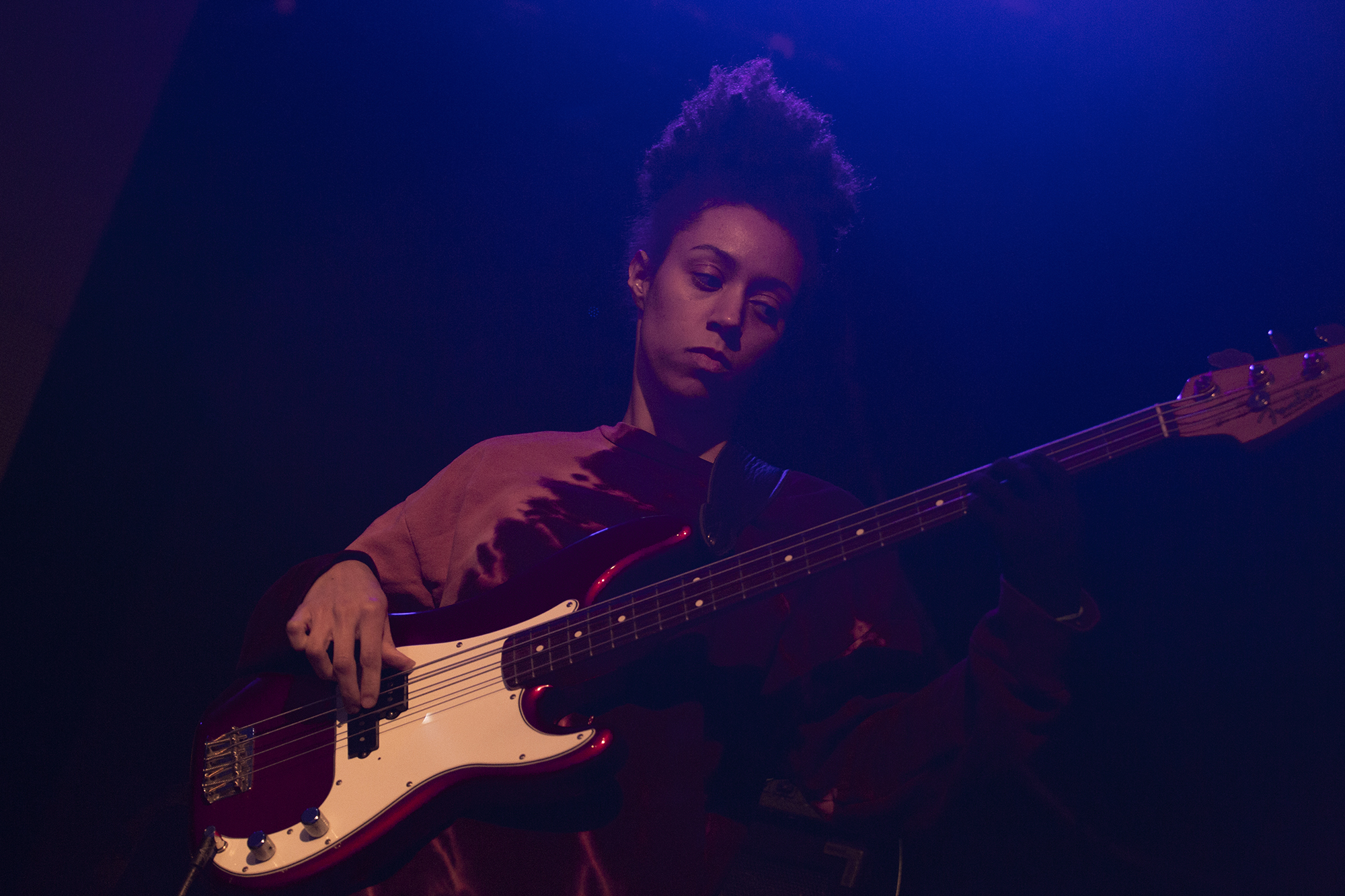 Equally impressive is ‘Breathe’, which gives Thomas-Dyke a turn on vocals. Her swaying voice is full of personality and sits perfectly alongside the instruments, including Mist’s brightly tinted keyboard and Rapley’s waves of saxophone. It’s the sort of song you can just recline into, like a warm bath.

As the show draws to a close, there’s a sense amongst the audience that everyone has just awoken from a collective dream. Slowly, everyone comes to their senses again and stumbles back out into the real world.

All words by Elliott Simpson. More writing by Elliott for Louder Than War can be found at his author’s archive and other work on his website.