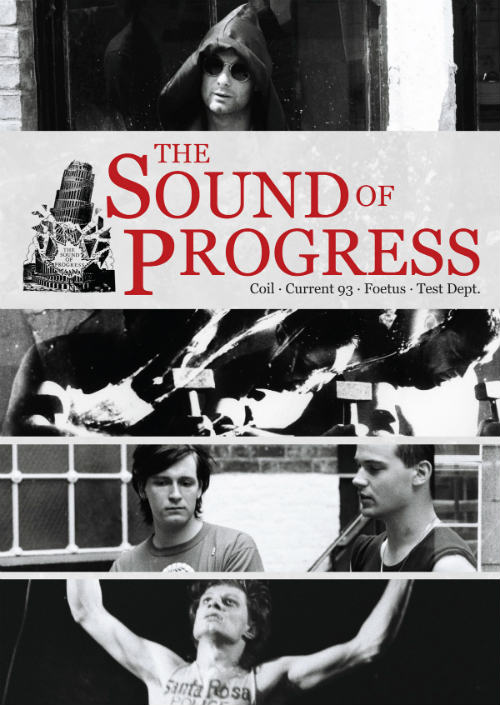 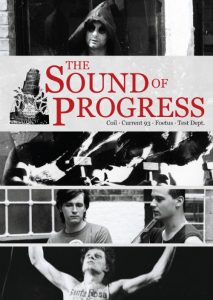 Alexander Oey: The Sound of Progress

Reissue of classic documentary focusing on a vital sub-culture that blossomed in the mid-late eighties. Simon Tucker reviews:

Made in 1988 and focusing on for artists (Coil, Current 93, Foetus, Test Dept.) The Sound of Progress finally gets the DVD reissue treatment. Restored as best as possible the film follows these musicians through performance and interviews to give a vital glimpse of a movement that still influences to this very day.

After Throbbing Gristle spewed forth their industrial ideals, a slew of bands took up the baton and charged ahead with their art. Inspired by surrealist poetry, ancient magik, and Beat authors, these artists were not here to be loved (though many of them were, and remain, highly regarded) they were here to test the boundaries of what popular music could be and what it could achieve. Eschewing punk’s rudimentary three-chord chug, these bands set their controls for the heart of the beast, challenging audiences, ripping up rule books and creating some of the most exciting music that Britain has ever produced.

The Sound of Progress captures various live performances with the most exciting being Test Dept. who are filmed in a deserted building in Amsterdam. They pummel the audience with industrial noise whilst also managing to find grooves in the storm which you as an audience member can latch on to and ride. Foetus on the hand comes across quite contrarian as Jim Thirlwell discusses in his interview the lack of image and his opposition to such things yet when he enters the stage he is draped in classic rock ‘n’ roll attire (dark sunglasses, leather jacket etc).

Then we have Coil. Interviewed in Peter ‘Sleazy’ Christopherson and John Balance’s home in Chiswick, and outside the studio where they were recording the classic ‘Horse Rotorvator’ album the trio (including Stephen Thrower) discuss dream diaries, the nature of interviews themselves and the process of writing. These interviews are the highlight of the film as it is a real pleasure to see the sadly deceased Balance and Christopherson speak and discuss the inner workings of the band. It is also rather bittersweet as Balance discusses the need to invoke madness whether that be through LSD or schizophrenia to create art as it “makes you stronger”. Knowing the demons he faced throughout his life, and how it would end make this section tough viewing.

The Sound of Progress is vital watch for anyone interested in the esoteric counter-culture. It shows a movement that impacted so many at the time (and continues to do so via the albums that these artists released) and still resonates to this day. When the Test Dept. talk about the right wing establishment and how a challenge from the Left is needed they could be talking about the very days we find ourselves in now.

A great film and one that is highly recommended.