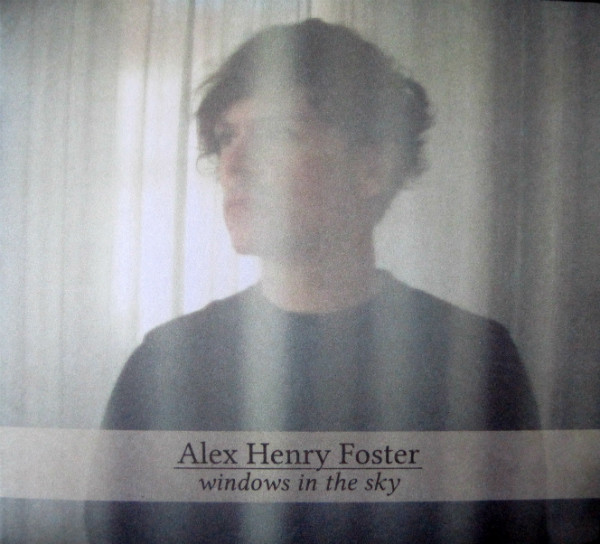 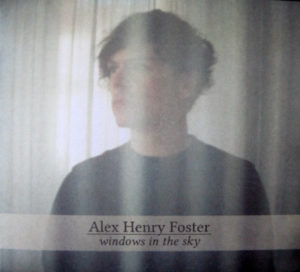 WINDOWS IN THE SKY

Alex Henry Foster, frontman of Your Favorite Enemies, gets worldwide release for his solo album. A swooping post-rock cinematic vision that examines loss, hope, and transcendence.

The pulsing tremolo-laden distortion that opens up the first track of the new album from Alex Henry Foster raises early on that this is going to be a record that layers the instrumentation like brush strokes across its post-rock canvass. Over crashes of reverberating piano, sparsely hit along with the guitar that finds it’s way slowly through from within, an urging beast that rolls inside the song, Foster speaks plaintively, examining the main focus of the album – the loss of his father and his subsequent cathartic journey that led him to the writing of the album. Talking about the songs, Foster himself states that this song, titled The Pain That Bonds (The Beginning Is The End), part of a longer essay, addresses his reflection on personal ghosts and the need to free oneself from them. Windows In The Sky is an exercise in catharsis, courageously laid bare for all who desire to see.

While the spark for the album may be one of loss, the album, primarily made up of spoken word pieces and obviously dense and dark in moments, is also uplifting in places. The rising chorus on Winter Coming In is an early sunrise to break the night, and Snowflakes In July is driven much more by a rousing chorus that moves the narration slightly out of earshot. But that said, the poetry and narrative of self-examination are what really permeates the album. It is a deft touch to include a recording of Allen Ginsberg reading his poem Song. The reading bookends the song Shadows Of Our Evening Tides, a lighter piece that sees Foster’s vocals delicately, wistfully yearning. “The weight of the world is love.” is both the opening and final line that seals the song off perfectly.

The album, on the whole, is cinematic, driven by emotions in which he soaks the music as much as his own delivery. Sitting in the middle of the record is his most ambitious piece, one that takes up almost a quarter of the whole album. The Hunter (By The Seaside Window) moves like tides between softly whispered narration and engulfing waves of urgency. Written during his time living in the mountains over Tangier while dealing with the loss of his father, the song regards its protagonist as both predator and prey. It’s that entanglement, the inner fight between fatalism and hope that drives not only this song but much of the record itself.

On Summertime Departures, the subtle piano-led opening, delicate with a touch of dread, builds into a crescendo of crashing dense noise. Throughout the album, he is clearly indebted to the likes of Mogwai, Godspeed You! Black Emperor, and Sonic Youth, but the project feels always like a personal essay, a more intense self-analysis than those who have previously laid such a path. On Windows In The Sky, Foster and his seven-piece band blend perfectly his poetry with the sonic soundscape that engulfs it.