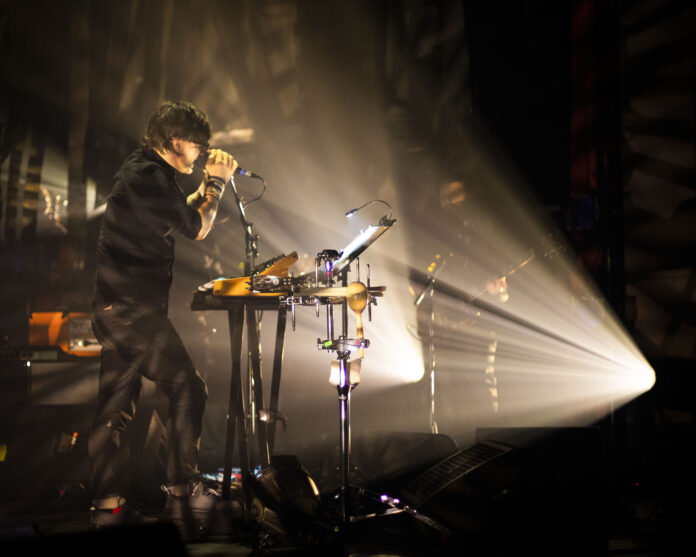 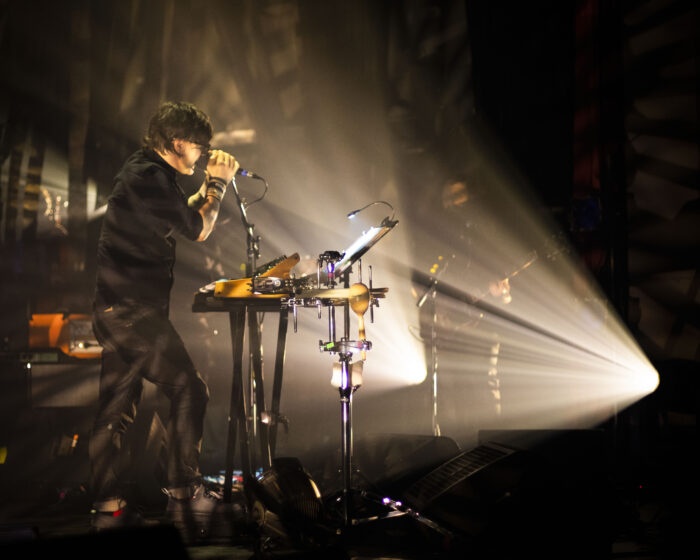 Following on from last year’s album, Windows In The Sky, Alex Henry Foster has returned with a new clip from his forthcoming live album, Standing Under Bright Lights.

When his album came out in April last year, we described it as “A swooping post-rock cinematic vision that examines loss, hope, and transcendence [on which] his seven-piece band blend perfectly his poetry with the sonic soundscape that engulfs it.” It was high praise indeed for the Your Favorite Enemies frontman. The album reverberated with incandescent post-rock as the singer reflected deeply on his own life and the final result was truly cinematic.

Off the back of that album, Foster has now announced that he is to release a new live album, Standing Under Bright Lights, which was recorded at the Montreal International Jazz Festival. The album, with accompanying DVD, will be released on the 16th of April on Hopeful Tragedy Records and is currently available for pre-order here.

On the song itself, Foster says: “The amount of time I must have spent musing, contemplating, struggling and raging for this song only is probably too intense to even remember, if only glimpses of it all,” reflects Foster on his mental block of writing it. “Once the block was unleashed, via a call from a good friend of mine, I must have written all day and most of the night, again being honest about my broken childhood, the repeating abuses I’ve been a victim of, my inability to establish an intimate relationship, the sufferings, the functional depressions, the profound sadness I’ve learned to live with, how I entertained the idea of taking my own life… It wasn’t about understanding the concept of confession and faith no more, it was allowing those words to loudly carry a burden I was usually holding in the loneliest of all silences…”