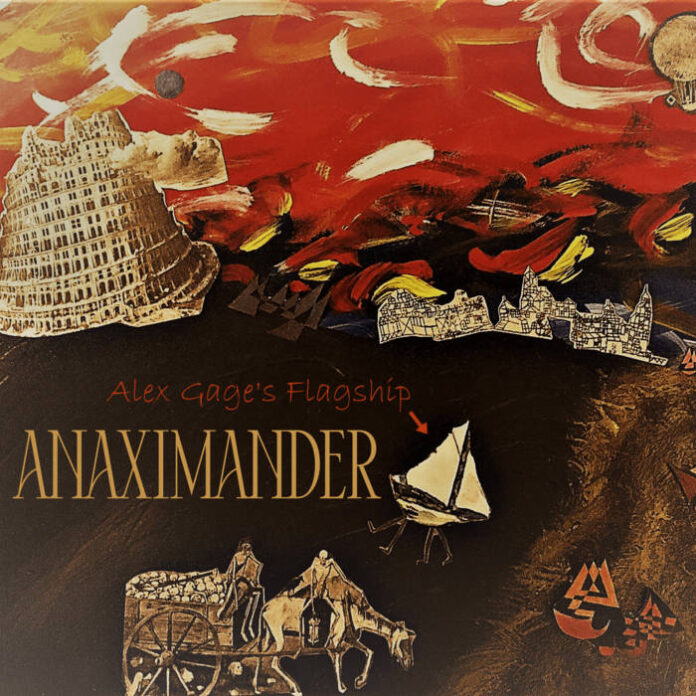 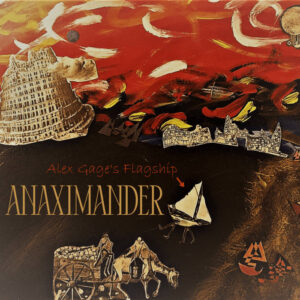 When Anaximander arrived in my inbox promising to be ‘perfect for my genre-eclectic tendencies’ I was cynically doubtful. More often than not when music purports to be genre diverse it actually means there is a rap bit in the middle or they put some synths on it. But wooweeee, what I was treated to instead was an almost uncategorizable epic adventure. This is an album that keeps the listener on their toes as it leads you through unexpected musical detours from one minute to the next.

The record opens with a deadpan,  somewhat dystopian tannoy announcement bracing the listener for what is to come and advising that if at any point it should make you uncomfortable ‘fear not, the ushers are safely locked outside the theatre in accordance with local health and safety regulations’. It’s unsettling but in a hilarious, slightly Douglas Adams kind of a way.

The first track proper, Anything That Won’t Keep Me From Running, is an infectious, bluesy, old school rocker with a bit of 80s guitar anthem thrown in. Still In Love starts out as instrumental funk before slowing into an atmospheric downtempo with ragged vocals and a pleasing combination of melodic topline and discordant instrumentation. Single release Killing Days is a delicious cocktail of sunny, 70s hippy soul and prog guitar that peaks with a third act crescendo featuring the kind of vocals usually reserved for musical theatre.

Again Someday is a standout track for me. A jazzy gem featuring gorgeous vocals, a smokey piano and a late-night, closing time atmosphere that occasionally explodes into tragic sounding, drunken joy. The kind of song to happy-sad howl along to.

Full-Time Professional kicks off the second half of the record – a sexy, rock & roll, glam banger that would be perfect to strut down the road to. But Masterpiece is, well, the masterpiece of the album. Five and a half minutes of unexpected amazingness. It starts off as a slightly grimy, fuzzy rocker before turning into a strange, psychedelic and, yes, slightly discomforting minute or so of ambient noise. It sounds quite alien in places and I find myself thinking of those giant metal lids unscrewing on Horsell Common. However, just as it’s starting to get really sinister it gearshifts again into a grandiose and theatrical ballad, becoming suddenly uplifting and celebratory. There are some slightly unnerving guitar screeches in the background that suggest this might not be the whole story though.

The album closes off with Virtuoso, a moody alt-rock piece and an eerie, ambient epilogue subtitled ‘the year is 202X’ that gets more and more threatening as it goes on.

It’s almost impossible to know how to sum up this album but it is a journey, not just a collection of songs. I’m usually someone who notices lyrics straight away but there is so much going on musically and vocally here that I haven’t been able to absorb much more than that yet and I’m looking forward to getting to know it better. There is an overall sound that sits somewhere between the stranger bits of Bowie, Pink Floyd and theatrical cabaret but saying that barely does it justice and the mixture of everything together becomes something completely unique and of its own.

Anaximander will not be to everyone’s taste but that’s not to say it’s difficult or in any way impenetrable. It’s weird yes, but it’s also immediate, funny and very beautiful. Most crucially, it never becomes self-indulgent or laboured. It doesn’t feel like try-hard weird, it feels like genuine, heartfelt, natural weird. And I very much mean that as a compliment.