Home Music Bands Albums to look forward to in 2016 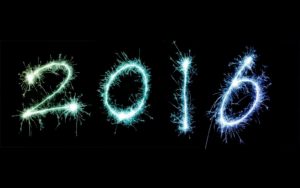 It’s the New Year and so it’s time to take a look ahead at the releases scheduled and rumoured for 2016 and see which ones are already exciting the LTW writers.

Here then are the album we’re looking forward to hearing over the coming 12 months.

Paul Scott-Bates says: “A slightly more commercial approach. The results are successful, and their blend of industrial, dance and electronica is becoming more and more addictive.”

The 25th studio album from the prolific Bowie, Blackstar is released on 8 January, his 69th birthday.

Villagers – Where Have You Been All My Life? (Domino Recording Company) – due 8 January

LTW News Editor says: “A collection of raucous tracks, channeling the unbridled enthusiasm of one of the hottest live bands in the world right now. Having sold out shows across the globe without even releasing a debut record, yet Leave Me Alone is sure to become one of the records of the year as Hinds continue to grow.”

The Mystery Jets – Curve of the Earth (Universal) – due 15 January

The Anchoress – Confessions of a Romance Novelist (K) – due 15 January

Scoring a perfect 10/10 in Louder Than War magazine reviewer Kristen Goodall said: “It will leave you emotionally twisted and depleted but that’s what beautifully orchestrated music and carefully crafted lyrics are supposed to do.”

The majority of Night Thoughts was recorded in one session in Belgium and has already been performed in full at London’s Roundhouse, with an accompanying film. More live dates and in-stores will accompany the album’s release.

A full UK, Europe and North American tour will accompany the release of the punk band’s second album.

First album since 2012’s The Something Rain will be accompanied by a cine-concert tour.

LTW writer Keith Goldhanger is massively excited about the upcoming release from Fat White Family. Look out for his full review on the site soon.

Simon Tucker says: “The Catastrophist is a much welcome return. An album full of joy yet married to some very dark musings. Louche, tight, heavily layered, loosely executed.”

BAT-BIKE – Getting Back (self-released) – due 29 January

The 1975 – I Like It When You Sleep, For You Are So Beautiful Yet So Unaware of It

LTW News Editor says: “Sunderland favourites Field Music are set to return with another exciting album in the form of Commontime, and based on lead single The Noisy Days Are Over we’re hopeful of this latest offering following in a similarly funky vein to their previous offerings.”

Fourth and final album from School of Seven Bells following the death of Benjamin Curtis in December 2013.

A tenth album from the experimental pop group.

Long-awaited debut from a band we started tipping back in 2012. They’ve come a long way from cheeky indie-poppers with a first long player full of collaborations (including Alcatraz Electro and Keith Levene) that hear them flirting with dance beats and chunkier guitars.

Debut album from US rock band.

Debut from former Race Horses man, the record chronicles a year in his life following the break up of the band.

Violent Femmes – We Can Do Anything – due 4 March

The first long player from the band in 15 years.

A posthumous release of ‘lost’ recordings.

The band’s 11th studio album and follow up to More Light, they’ll also be playing dates throughout Spring and festivals in the summer.

Date or details to be confirmed

Axl Rose, Slash and Duff MacKagen will reform to headline Coachella in April with stadium dates rumoured to follow across the US. Will we also get a new album?

The next album from Alex Turner and Miles Kane is due in Spring.

Back in October 2015 Johnny Greenwood said the band hoped to tour a new album in 2016. With a couple of unreleased tracks dropping over the festive period we’re still waiting for details of a new long player.

Jason Pierce is said to be working with Killing Joke’s Youth on a new record due out this year.

The first track from the album, currently carrying the working title of Disorder, was made available through Vive Le Rock magazine in November last year but further details of the album are yet to be confirmed.

Gus Ironside says: “Following an explosive single that sounded llike a re-wired, post-punk Stooges, the Birmingham rock n roll reprobates are due to launch their debut album in the New Year- an essential listen for fans of fuel-injected garage rock.”

Polly Jean has already teased tracks from her as yet untitled long player which is set to be released in Spring and is set to be followed by festival dates.

Gus Ironside says “The Glasgow band released their stunning debut single ‘Tramlines’ to critical acclaim in 2015 and have built a dedicated following in their hometown. A debut album is anticipated from singer Lou Reid and her gang of Francophile bohemians in 2016.”

The band have joked their fifth album, due in 2016, will be made from backwards versions of their existing songs.

Much anticipation around a debut from band who went stratospheric in 2015.

Delayed from last year to allow time to finish it ‘the TLC way’ fans have become increasingly irate that the Kickstarter-funded album has not yet appeared.

The band went back into the studio last September so a release looks likely in the first half of 2016.

It’s been three years since the release of Helme’s indiefolk-infused The Rookery and a follow up has been long-promised by the former Seahorses frontman.

Explosions in the Sky – TBC

The band are touring the UK in Spring but details of the album are yet to be announced.

The Rolling Papers: The Weed Album 2, his sixth album, is promised for release in 2016.

Nahko And Medicine For The People – TBC

Expected in the Spring.

The album is expected in April.

Jamie Hewlett has confirmed he and Damon Albarn are working on the album.

Gus Ironside says: “The Australian singer-songwriter almost upstaged Mick Harvey and the Jim Jones Revue with captivating support slots this year. With a debut album planned for 2016, the now London-based Stapleton is sure to male a big splash with her extraordinary voice and intense guitar-playing.”

With a couple of live dates in rumours continue that there could be a new album later in the year.

Trent Reznor has confirmed there will be a new album this year but other details are yet to be announced.

The band have a number of songs they’ve indicated could be part of their next release and are touring in the Spring.

A follow up the Grammy-winning Morning Phase the first track Dreams has already been released but other details are still to be confirmed.

Details are pretty loose but the band hope to release their seventh album during 2016.

A seventh album is due this year from Ed.

Rumoured to be working with Skrillex we could see the release of a new long player from M.I.A before 2016 is out.

It’s not a Year Ahead list on LTW without us raising the rumour once more of a new album from The Stone Roses. But with dates already announced for the summer could 2016 really be the year of the third coming?

Tell us which releases you’re looking forward to or hope to hear in 2016 in the comments, on Facebook or on Twitter.