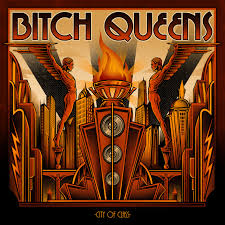 Thumbnail sized album reviews to whet the appetite. Joe Whyte fires off some words of less-than-wisdom.

Having tried this format last year, here’s another quick round-up of some interesting records that have landed on this scribes desk the last few weeks. Some of these appeared through the post as if by magic and some the artist or record company contacted me and asked if I’m interested. By the time I get them, I’ve usually forgotten all about the initial approach so as they say, a pleasant surprise for the most part. Anyway, here’s a few to get your teeth into if you so choose. 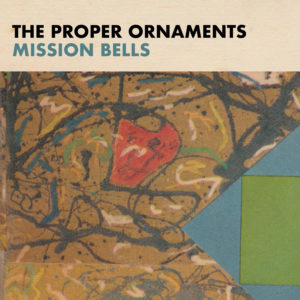 The Proper Ornaments (and that is a great band name, isn’t it?) have been around the underground scene for a fair while now and have released a raft of gentle, 60’s- recalling psych-pop records over the last few years. This is a slightly more angular, fiery and opiated sounding album than its predecessors and echoes of Spiritualized, Flaming Lips and Jeebus, even Hawkwind are evident in this strange trip around the sun. The guitars soar and flare around each other, the bass pulses in a krautrock style and there is dankly embedded synth stabs and drum machines deep in the mix, giving the album a very late-night, driving-through-the-rain feel. Give them some love. 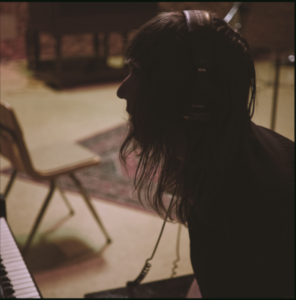 I’ll be fairly frank about this one which arrived from the good folk at Spaghetty Town who hail from Atlanta and have a roster of snotty-punky-rocky bands and other similarly good things. Jones has crafted an exquisite album of lovelorn, classic-sounding powerpop in the vein of Golden Smog, Cheap Trick, a rockier Big Star or The Posies and is possibly the best 28 minutes you’ll spend this winter. Opening track Wrote a Song For Me is a breezy, spiky number with Hammond flourishes beneath the acoustic and 12-string jangle. Perfectly formed harmonies are sprinkled liberally throughout Waiting and the punchy Be My Baby brings the album home sweetly. If you’re a fan of Teenage Fanclub, the aforementioned Big Star or The Groovies, this will definitely set your boat a-sail.

Another from the Spaghetty Town stable and one for fans of Hellacopters, Motorhead or The Supersuckers, Bitch Queens are a band with little in the way of pretension and lots of bad-ass attitude and brain-melting tunes. Played loud, proud and punky, the Queens are very much up-against-the-wall hard rockin’ and no messin’.

They are nihilistic, probably drink too much, sing about hoovering all of the drugs and kicking the shit out of the man and other admirable qualities; they turn it up to eleven, enjoy big, fat power chords and they have killer tunes. What’s not to like? 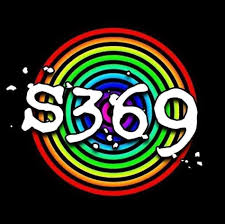 (album available from band via FB above)

Refreshing change of direction for some Glaswegian punk scene stalwarts.

Sequence 3-6-9 are a new band formed by ex- members of two of our best local bands in what is now a pretty stagnant and moribund scene; bassist Eck and drummer Kev were both in Nine Bullets who were a thunderous, two-girl-rapper, anarcho-dance-punk outfit who released a sparkling album before dissolving due to the typical inter-band aggro. Ace guitarist Jimbo McKellar was most recently in The Media Whores and has written and played with local stalwarts Fire Exit and The Zips in the past.

This new venture sees the band trying to avoid the cliches of most punk bands; in fact, they’re barely recognisable as that and should be applauded for their gusto and forward thinking. This is an album that takes in elements as disparate as funk, dub, hip-hop and prog and adds in furious raps, fin de siecle lyrics and an energy and intensity that leaves one breathless at the end of these seven tracks. I have to admit, I’m not normally a fan of “Glaswegian patter rap” and I found my cringe-o-meter creeping up ever so slightly but Gareth has a way with his lyrics that fits the music pretty well. Jimbo and Kerris also provide vocals and the span of some of their contributions adds a colour and depth to the songs that lift them into the ether. In the same vein, the arrangements of the songs are expansive and radical at times with odd shifts and interplay with hidden depths and layers on further listens. Eck’s bass is elastic and fluid and pushes the songs along. This is a band that I have great hopes for this year; give them a listen.

All words by  Joe Whyte DTK