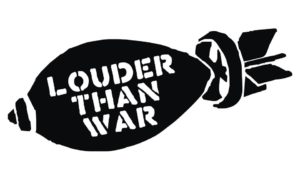 The Number One received more than twice the votes as the second place. The next forty were hotly contest with the narrowest of margins, and the rest got the same number of votes -so are in random order to be frank. But… Every one is a winner! 2018 was a great year for music and here are Numbers 51  – 200 the ones In No Particular Order.

The Good, the Bad and the Queen: Merrie land.

The whole thing sounds a like a sad lament at an end of pier show – clowns melancholic and jugglers dexterous and trapeze artists performing feats of daring that no audience oohs and ahhs at anymore. It is a melancholic clown performance for melancholic clowns.And it’s rather beautiful. Said Mark Ray here

Johnny Marr : Call The Comet
His third solo album is a  melancholic tinged and thrilling affair that deals with the ghosts of the past but still attempts to move forward…. there is a freshness and urgency of sound to the record with great crisp vocals and, of course, an endless collections of great guitar lines and brisk energetic playing from the band that makes the record feel contemporary.  Said John Robb here

54    Hannah Sanders & Ben Savage : Awake
Mike Ainscoe said here that … their songs may be being heralded as Folk Award nominees/winners. Watch this space for an “I told you so” if they do. In the meantime, just wallow in the simple pleasure of listening to two musicians in harmonic empathy.

56    Archie And The Bunkers: Songs From The Lodge
(Dirty Water Records) Ohio teen tearaway siblings once again unleash a blistering organ-drum attack full of the wild rage of youth…. pushed to the max they have produced a cracking eleven tracks that make you want to smash it up and not look back. Step into their world if you dare. Says Nathan Whittle here

57  Go-Kart Mozart – Mozart’s Mini Mart
Though concealed in plain sight beneath the purposefully gaudy surface presentation and style-over-substance camouflage, there are songs here that no-one else would be able to write, real insights into aspects of life not usually examined in “Pop”…. A triumphant return. Said Ian Canty here

58      Chris Carter: Chemistry Lessons Vol 1
“A sensational all encompassing collection of sometimes ethereal, sometimes disturbing electronic vignettes from the TG, Chris and Cosey genius. The sound of an artist displaying every aspect of his psyche into one, huge album” (Simon Tucker)

59   Insecure Men : Insecure Men
(On Fat Possum Records) – A Fat White Family album you can relax to, tap your feet to and hum along the street in the mornings. A great debut featuring Saul Adamczewski from said band and Childhood’s Ben Romans-Hopcraft. (Keith Goldhanger)

60     Geniuser: I Am
I Am is not a great album, it is truly a masterpiece, one of those albums that you never tire of hearing, a breath of fresh air, a genuine inspiration. (said Paul Scott Bates)

62    Dirtmusic: Bu Bir Ruya
Four years in the making but worth every second.(said Paul Scott-Bates)

63   Rash Decision : Karoshi
Rash Decision meld together skate thrash, full on hardcore and some serious metal licks …  Back in the late 80s they would have sat firmly in the no-man’s land of “crossover” (remember that?)   Cro-Mags, , DRI, Suicidal Tendencies…  Throughout this LP you get pained guttural vocals, crew choruses, chunky bass, chuggy guitars, blistering solos and break neck drums propelling the whole thing along…. wrote Nathan Brown here.

64  Lippy Kid & Greg Farndon: Thought Forms
One of the most exciting new voices to emerge in the electronic music scene. Though Forms is the sound of the classics (Underworld, Orbital) brought back through the brain of an artist who knows his history and uses it to forge a new future. (Simon Tucker)

66    Tara Milton : Serpentine Waltz
Twenty years in the wilderness and  former Nubiles/ Five Thirty frontman returns with a stunning album which will surprise, delight and enchant anyone who wants to escape… from rock’n’roll and from the everyday.  reviewed here

69    Mono Club :  Sky High and Submarine
(LGM Records) – A breathtaking beautiful debut release by the band that were once Goldheart Assembly. An album that for some of us will be an often played piece of music to complement lying on the sofa on a Sunday lunchtime. (Keith Goldhanger)

70     485c ‘485c’
(Fierce Panda) By the time this band release their 3rd or 4th album there’ll be people looking back on this debut as a selection of music that will have sound tracked a large part of their young lives. It’s a grower, the tunes sound as appealing as some of the early Suede singles in the early 90’s. One of the most refreshing albums of the year. Not an album to be overlooked. (Keith Goldhanger)

71       Lark: The Last Woman
The Last Woman reminds us that there is still exciting and adventurous artists out there screaming to be heard.  (said Paul Scott Bates)

72     Xqui: Dragon
Xqui are proving themselves to be a class act…..They are free to experiment and release output in several different ways and this surely must be incredibly empowering. It definitely shows in their impressive releases so far. (said Ioan Humphreys)

73    KiDD: You And I
Each and every track will undoubtedly strike a chord with you. Each melody will resonate and affect you in a way that writers of perfect-pop do. Each bridge, each chorus, each step up from one scale to the next adds up to create quite incredible musical experiences.(said Paul Scott Bates)

74    Tax The Heat : Change Your Position
… back, on Nuclear Blast, with another British hard-rock-drenched modern classic. Fusing classic riffs with catchy hooks gives us another gorgeous set of ear-worms to enjoy. A fun, uncomplicated and compelling rock record. Said Neil Johnson here

75     When ‘Airy Met Fairy: Glow
It is, quite simply, a work of art and a feather pillowed blow to the face should there ever be one. Adorable.  (said Paul Scott Bates)

76    Interrobang‽ : Interrobang‽  This really is a fantastic album… an emotional, funny, stark, honest work that succeeds as a stand alone work of autobiographical rage and self-analysis…. that you can dance to. Said Ged Babey here.

78     Torpedoes : Black Museum
probably the Last Great Gothic Rock band, although pigeonholing them does them a disservice as there are a lot of influences and a great deal of passion in these dark grooves.   reviewed here

And you can google the rest, adding Louder Than War or search on Youtube.