Well, I just had the pleasure of editing this list and the eclectic nature of the music is to be celebrated. I’ve spent the day listening to the whole of this part of the countdown from 100 to 50- from black metal to street punk to folk to dark dub step to wonky indie pop to stadium alt…and it all sounds great. Modern music is breathtakingly eclectic and music taste in the post iPod age is without barriers…read on and above all investigate all these releases by following the links… JOHN ROBB

The list has been lovingly compiled by your LTW editorial team (John Robb, Phil Newall, Guy Manchester and Sarah Lay) and we couldnâ€™t bring ourselves to cut it shorter than 200 great albums from this year. However, we do want to hear your thoughts as we know there will be loads more 2012 releases that we wonâ€™t have heard â€“ so leave a comment, join us on Facebook or tweet us using the hashtag #LTW2012.

50. Rolo Tomassi – Astraea (Destination Moon)
If you give this record a chance it will drill its way behind your eyes and make you scour the internet for more details. A step forwards for Metal and a step towards something very special.

51. Dean Blunt and Inga Copeland – Black Is Beautiful (Hyperdub)
Art project as a gleeful ‘collage of culture detritus’ and an eclectic mix of râ€™n’b, grime, jungle.

55. Roughneck Riot – This Is Our DayÂ (Bomber Music)
Second full length from the Warrington based Celtic tinged punks, an album that saw then capture their energised live sound on record.

56. Lukid – Lonely At The Top (Ninja Tune)
Dub, bass and dance merge with hip-hop beats with percussion and quicksilver melodies…

57. Joey Ramone – …Ya Know? (BMG)
If youâ€™re willing to imagine Joey Ramone outside of his typical environment on a few tracks, perhaps swapping a graffiti-adorned club in the East Village for a train station in the country, then youâ€™ll most likely enjoy it as much as I do.

61. Nixx P / El-Lobo – Cancer For Cure (Turnstile)
One of the few English speaking artists in reggaeton makes one of the stand out albums in the form.

One-off pressing compiling both of Burialâ€™s â€˜Steet Haloâ€™ and â€˜Kindredâ€™ EPs. A beautiful melange of intricate, crackly and dream-like beats.

Mesh up of salsa, boogaloo, bomba, charanga and mambo in a 21st century style.

66. Scott Walker – Bish Bosch (4AD)
eccentric and brilliant comeback record that has caused a lot of confusion- a positive thing in our book

On initial hearing White Lung seem like your average fast and furious hardcore punk band. But when you really listen there are a few differences and quirks. The female singer sounds a bit like a young Lydia Lunch

68. Goat – World Music (Rocket Records)
Swedish collective Goat released their debut album earlier in the year to great acclaim. The band play a scintillating type of music based around Afrobeat that needs to be heard to be believed.

70. Stealing Sheep – Into the Diamond Sun (Heavenly Recordings)
With their acclaimed debut Stealing Sheep have staked a claim to lead the current chamber pop set thanks to gorgeous layered harmonies and melodies to make your heart melt.

72. Big Naturals – S/TÂ – (Greasy Trucker)
Two piece experimental noise from Bristol. This album’s cover art features a mushroom cloud one see’s after an H bomb drops. This album features the sound of an H bomb dropping. Apocalyptic & brilliant they are what we in Louder Than War parts refer to as “aÂ Supersonicky band” – i.e. one that would not be out of place on that festival’s lineup.

75. Code Orange Kids – Love is Love // Return to Dust (Deathwish Inc)
Youthful Pittsburg hardcore crew remind us of why that musical form can be so urgent.

76. A Whisper In The Noise – To Forget (Exile On Mainstream)
an album of stunning, ethereal beauty, space and lush strings. 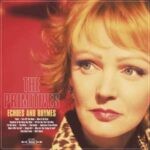 78. Spiritualized – Sweet Heart Sweet Light (Domino)
Jason’s voice is a fragile almost broken thing, but these songs suit it so well that you cannot imagine anyone else singing them. This album is outstanding. Buy it.

79. Bellowhead – Broadside (Navigator Records)
Mighty English folk ensemble Bellowhead finally released the follow up to 2010â€²s incredible award winning album Hedonism – and what a cracker it was too.

80. Bite Back – Bitten & TwistedÂ (Antipop)
Stripped down classic punk from Liverpool; full of energy, aggression and some neat guitar work.

81. Allo Darlin’ – Europe (Fortuna POP!)
Elizabeth from Allo Darlin’ was in Tender Trap briefly with Amelia Fletcher from Tallulah GoshÂ and is now conjuring up images of times and places far away with Allo Darlinâ€™ are breaking out of the indiepop scene with this album of cinematic soundscapes

83. Woodpecker Wooliams – The Bird School of Being Human (Robot Elephant)

Enter the captivating and odd world of Woodpecker Wooliams through her new album full of delicate melodies and disturbing subject matter..

84. Orbital – Wonky (ACP)
The aptly named 8th album from the Hartnoll brothers continues their adventures into dance with an ambitious work

86. A Forest of Stars – A Shadowplay For Yesterdays (Lupus Lounge)
the frankly astonishingly brilliant A Forest Of Stars released a mental black metal concept album that is mind boggling in its imagination

89. Earth – Angels of Darkness, Demons of Light II (Southern Lord)
stretching out from their drone metal base with surprisingly successful results

91. Black Roots – On The Ground (Sugar Shack / Bristol Archive)
‘Sadly you see far too little reggae featured on UK music related websites (and radio shows) so itâ€™s nice to be able to help promote a brilliant new release by a reggae band who not only recorded two Peel sessions but whoâ€™re also about to release one of the best albums of the year.’

92. Muse – The 2nd Law (Warner Brothers)
Muse add a post dub step flavour to their sound and it works…

93. Django Django – Django Django (Beacause)
Success story of the year from a band who defy boxing in with inventive and clever songs that mass psych, indie and soundtrack

94. Argy Bargy – Hopes, Dreams And SchemesÂ (Warp)
The best real street punk album for years, great songs and a genuine anger that captures the frustration and gallows humour of 2012 UK

96. Portion Control ‘Pure Form’ (Other Sounds)
Return of the EBM masters…punishing beats, intricate keyboards and their trademark clipped vocals…checkout ‘Point Blank’; easily up their with 242 at their peak.

98. Botanist ‘III’
More songs about plants from dulcimer driven master of solo black metal recorded in a forest. Genius stuff with all song titles being latin names for plants. The songs of Botanist are told from the perspective of The Botanist, a crazed man of science who lives in self-imposed exile, as far away from Humanity and its crimes against Nature as possible.