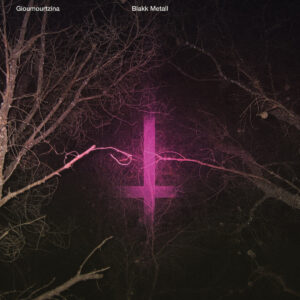 Louder Than War’s Paul Scott-Bates trawls through the albums that are too good to be forgotten and urges you to listen to some more fine music from Gioumourtzina, Monkoora and Afro Cluster

Don’t be misled by the title of this album or the inverted crucifix on the sleeve – it’s probably akin to Adele calling her new album ‘Grunge’ as she vomits green puss into a mouldy bucket. Instead,  Gioumourtzina, the Greek duo of Anestis Neiros and John Tselikas, are a largely instrumental synth based act.

Unable to find suitable band members they formed as a duo with the initial premise of electronica and shoegaze. Their sound has developed into something more complicated and whilst they remain a D.I.Y. outfit they have a very professional and accomplished feel.

Think Depeche Mode in their Black Celebration/Violator/Music For The Masses eras and you won’t be far wrong. In fact Palaces in the Terror has several moments not dissimilar to Stripped at times, and Lobby Raver contains a wicked bass line very reminiscent of The Cure.

Several tracks feature muffled voices and bytes which almost become a trademark for the duo and all eight tracks are thoroughly entertaining as drum patterns and bass gargles combine. 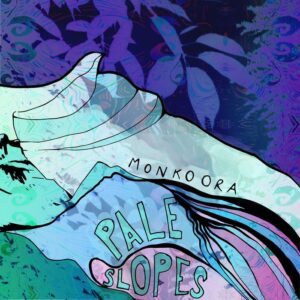 If you like ‘weird’ then you’re in the right place with the new mini album by singer and visual artist Julie Crawford (aka Monkoora). It’s all very raw but incredibly addictive and very much in the same area as the stunning Coco Rosie album Heartache City from late last year – adventurous and redefining unique, it moves skilfully between ambient psychedelia and hip-hop.

Featuring detuned instruments and untuned vocals it wanders through varying genres carefully weaving them together in a quite brilliant soundscape. To Run thrives on a tribal beat with chanting and whistles and incoherent vocals. It all sounds like a recipe for a disaster but far from it.

Crawford has the potential to make quite a name for herself and with Pale Slopes she’s well on the way from opening track Hiding Behind Horizons – layered vocals and ethereal tones provide an alternative to Alternative as she proves there are no boundaries to her sound.

At the delicate age of 22 she already has an incredibly experienced head on her shoulders and creates melodies that will linger for quite some time. Certainly one to watch. 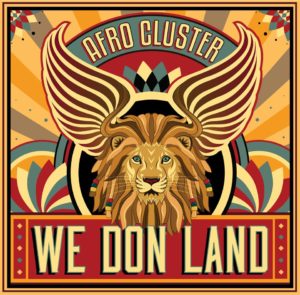 Cardiff may not be top of your list for the source of a fine jazz/soul/afro-beat combo but, now is the time to think again. War, corruption and greed are all tackled over five tracks of startling quality. Brass sections are highly polished, basslines throb, guitar lines are funky and vocals are delivered with power and precision.

It’s all brilliant stuff and as catchy as a Nora virus, though far more pleasant. Hip-hop beats and scratching also make appearances and Love Thing in particular is a fine fine tune the like of which is simply hard to come by.

There are clear influences by the Godfathers of afro-beat, Fela Kute, and soul, James Brown, and both would be proud to be associated with the band who would fill any stage with their multitude of members. In fact, an appearance at Glastonbury this year will only serve to extend their credentials further.

We Don Land roughly translate via Nigerian Pidgin English as ‘we have arrived/we have landed’ and that is certainly the case for Afro Cluster. Remember the name, this won’t be the last you hear of them.