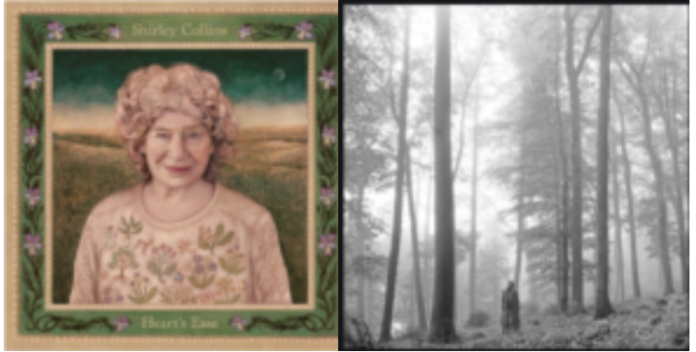 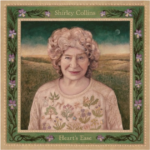 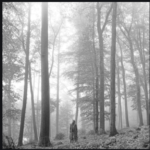 This a tale of two women from different ends of the music world and of the fascinating journey of life who are striving in their own ways to make music that fits their moods and the surrounding times.

Shirley Collins is the 85 year old folk legend who was coaxed out of retirement a few years ago to make a new album and film and received acclaim for a work that was full of the folklore vibrations of the soil of England. Proof that age is no limitation to being creative and forward thinking, Shirley has returned with a new album that is full of adventure and the magical cadence of ancient melodies and combined a forward thinking mind with the deep traditions and mystical tunes of the past whilst Taylor Swift is making a similar land grab for something that has a depth and a meaning away from her wildly successful pop career. Although both records are (gallow) poles apart the two woman are both seeking for something more from their music, a relevance, a 2020 shiver, a soul searching moment of reflection from their vastly different worlds.

Oddly they seem to have got the album covers the wrong way round – Taylor Swift’s lockdown album comes in a shadowy and mysterious black and whiter shot in a deep dark and dense forest that sees her standing in the shadows like a spectral presence whilst Shirley Collins has a bright and shiny full colour affair.

Of course, Taylor Swift’s so called indie album is anything but indie but then in 2020 what exactly is indie anyway? back in the punk rock wars it was a shortened handle for independent and some sort of glorious space for making raw and thrilling music on your own terms and outside of the music business – that was the independent bit. Of course Taylor Swift is bang smack in the middle of the music biz and not remotely indie in musical or business terms but…. but that doesn’t detract from what she is doing here. It’s never easy to find any meaning of the fast lane of 21st century pop. It’s an expensive car on an LA freeway with darkened windows that ignores the clutter and chaos of reality. Taylor Swift has long been one of the few pop stars who seems to be aware of an outside world and now she is getting in touch with a more introspective side to connect with her own heart and soul and a wistful sigh in the middle of the pop machine.

What is fascinating about her is that she is using her pop star space in a very good way. She is outspoken on many of the swirling issues that dominate in these tumultuous times. Whilst many pop stars are happy to stay schtum on Trump world she happy to have her say and she used her power of pop empowerment to make the world a better place – an old fashioned notion I know but a good one.

Musically the new album is not that far removed from her 21st century pop. It’s a bit more introspective with more wistful ballads and new emotional terrain entwined with the pop textures. There is a sadness and a melancholy twisted into the songs. It’s the sound of a pop artist dealing with growing up and growing older. It may not be as ‘indie’/pop as the sound of the wonderful Charli XCX playing with pop and making music that is genuinely skewed and fused worth the adventurous spirit of some indie but it workes very well in the twilight Interzone of the virus times.

Shirley Collins is the other end off the scale.

The 85 year old folk singer is on the brink of the big time and the album would have been one of our choices for the Mercury Music prize whatever that means. This is a record full of wisdom, ideas and playfulness that defies age and cliche. Deeply steeped in folk music and culture she sings with a beautiful purity as she takes the shadows of the past and recasts them for the present. This is true folklore full of the creaking timbers of forest and the true soul of England that has been lost in all the shouting and stupidity off the past few years. There is something powerful and eternal about a true artist like Shirley playing with her music and seeking new ways of presenting the wise folk tales and melodies of the past and the songs that are full of the soil and soul of England and sex and death and god and the fables that never age. Her captivating voice sounds full of the creaks and cracks of life that add to the experience but also retains a remarkable purity that often makes her sound purer and younger than Taylor Swift,

If Taylor Swift is the sound of someone trying to find the humanity in the middle of the eternal sunshine of the LA pop machine and somehow discovering its quicksilver essence, Shirley Collins is the sound of the wise veteran who has managed too embrace the now in the rainy day melancholy and endless whispered stories of damp old England…and somehow they meet in a musical Interzone

Now, all we have to do is get these two together somehow and watch the creative sparks fly!