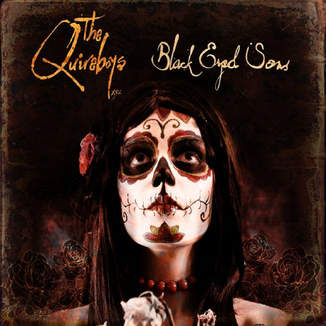 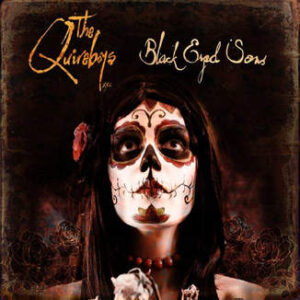 The Quireboys are back with an album to mark their 30th anniversary. Louder Than War’s Martin Haslam reviews.

‘Anniversary’ albums are often tricky things. They can be a glance back at former glories, a punt at making a quick buck or an exercise in self-flattery. What could have made this review potentially more difficult is being a friend of the band. I’m duty bound to be honest(and I can’t be bribed, as we’re not paid here!).

‘Black Eyed Sons’ is, in part, a marking of The Quireboys‘ 30th anniversary. What makes it really celebratory is that it includes ten new songs that equal or better those on last year’s ‘Beautiful Curse’ album. Blimey, after a protracted wait after 2008’s ‘Homewreckers And Heartbreakers’, the boys have hit their stride with two strong albums in 12 months. About time!

Admittedly, I’m very pleased that the band are enjoying a resurgence in popularity; everyone likes to see their mates do well. However, there is a palpable relief for me that these songs are as good as anything in their back-catalogue.

Album opener ‘Troublemaker(Black Eyed Son)’ packs a similar clout to ‘Too Much Of A Good Thing’ but with more of a nod to Free than The Stones this time. A fine way to start, with Spike’s voice more muscly than of late.

‘What Do You Want From Me?’, with its insistent guitar line, is reminiscent of an upbeat ‘In A Broken Dream’. While Spike pinched Rod’s blueprint, when it’s this good, why tamper with it? Leave Mr Stewart to the lite-rock niceties; this is class.

‘Julieanne’ does indeed have a free and easy Faces swing to it from the off, but these aren’t carbon copy, paper-thin tributes; it’s the sound of a band who know they’re damn good at what they do. They’re clearly energised after ‘Beautiful Curse’ and it shows in the writing and intent. If you’re not into what they do, look away; it’s not changing anytime soon!

‘Double Dealin’ starts with a sassy, twin guitar melody and adds just enough funk to broaden the palette, thanks to rhythm section of Nick Mailing on bass and Dave Mc Cluskey on drums.

‘Stubborn Kinda Heart’ has a melancholic, country flavour with a chorus just the right side of “I’m sure I know this”. Really quite lovely.

‘Lullaby Of London Town’ isn’t as slow as the title suggests; more snappy interplay between Griffin and Guerin. An ode to the city that “chews you up and spits you out”.

‘The Messenger’ is something of a departure for the band. A ballad but much better than the sum of its influences; really, only The Quireboys pull this off nowadays without being hideously corny. I’m not a fan of solos, but it’s fair to say Paul Guerin is a seriously underrated guitarist, never overdoing it. If Guy tells me it’s HIS solo, I’m in trouble…

‘You Never Can Tell’ sees Spike back strutting in a barroom somewhere(always a fair bet). A taut riff somewhere between The Stones and Bon-era AC/DC.

‘Mothers Ruin’ and ‘Monte Cassino’ gently bring the new tracks to an end. Acoustic, gentle, the latter is something Guy Griffin is rightly proud of. The intro has more of a folky touch than you’d normally expect from the boys and it suits them well.

This is a 3-disc set; new album, acoustic live set plus full gig dvd. One way forward to actually get people to buy your stuff rather than Spotify it? I sincerely hope so. One thing’s for sure; The Quireboys will be making a living as a live band for some time to come.

July 29, 2015
We use cookies to ensure that we give you the best experience on our website. If you continue to use this site we will assume that you are happy with it.Ok