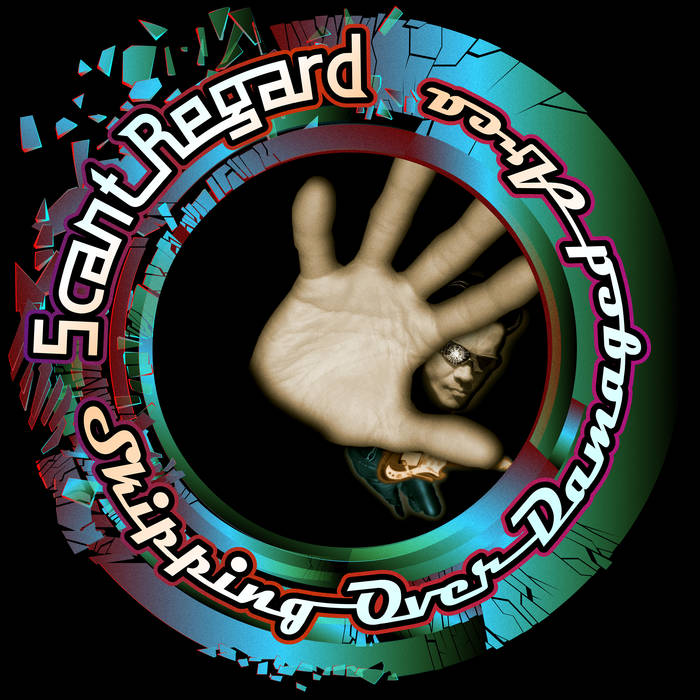 An orgasmic display of futuristic industrial insanity audaciously encompasses Scant Regard’s new release. It was unleashed on April 30 to a world filled with vacant pride, screaming for musical salvation only to encounter a brush with planetary doom. Skipping Over Damaged Area, might just be that redemption – or that aspect of destruction.

A powerful exhibition of sonic genius by the mastermind of Scant Regard, Will Crewdson has soulfully crafted this album with emotional guitar riffs, frenzied funk, and electronic bliss.

Scant Regard is an extension of Will Crewdson, however there is so much more to this unique lead guitarist. A part of more cool British bands than anyone on the planet, Will is the guitarist for the iconic Adam Ant, the globally popular Ska band, The Selecter, pop/punk band, Rachel Stamp, goth magistrates Sigue Sigue Sputnik, and two of his own projects, She Made Me Do It, and Scant Regard. He has also played with Bow Wow Wow, Cheap Trick, Iggy Pop, No Doubt, Bryan Ferry, Celine Dion, Tom Jones, and a host of others.

Skipping Over Damaged Area is Scant Regard’s 5th album, themed with an apocalyptic sense of environmental destruction felt within the electronic tempo, twanging guitar work, salacious industrial lust, and hopelessly frantic funk. The journey visits 12 tracks celebrating an energetic and compelling reality, offering a moment of hope, then suddenly reneging on the promise. Each track is different, each track is exciting. With song titles such as Fuck Everything, Car Crash on Pluto (my personal favorite), Crime and Retribution and Sublineage Blues, you’re in for a ride with destiny. To me it felt amazing that the instrumentals fitted the titles to convey the exact emotion the track intended.

In the words of John Robb (Louder Than War), Skipping Over Damaged Area is “A 21st Century Link Wray”.

One from the annals of rock history, here’s Scant Regard captured live with Adam Ant: