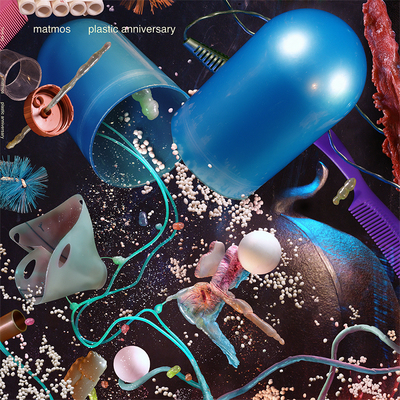 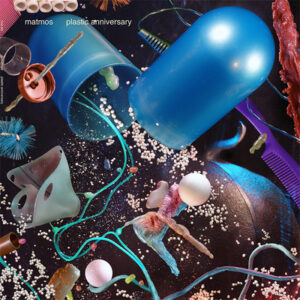 The unnecessary and overhyped hysteria of the Worlds plastic usage (and more importantly, the human inability to involve common-sense in its disposal) has become an massive focus to the planets inhabitants over the last couple of years. Too much reliance on it or, an easy option in manufacturers packaging? Too few avenues for correct recycling at home or, ignorance and laziness to spend a few seconds in complying with simple disposal instructions? Either way, what we throw away is often shameful.

Step forward M.C. Schmidt and Drew Daniel (aka Matmos) who have made an album created entirely out of plastic waste sourced from a recycling centre and additional plastic ‘instruments’. The thought of the project instantly sounds slightly feeble but what they have done is produce one of the most enjoyable albums of the year. An album taking the genre of ‘field recordings’ to a whole new level. An album of magic, mystery and downright class.

From the opening twangs of Breaking Bread, a track said to be constructed from the plucked and twanged fragments of vinyl records by 70s American soft rockers Bread, it is clear that this has been a labour of love for Schmidt and Daniel since day one. In the wake of 2016s Ultimate Care II album made entirely from the sounds of a domestic washing machine, Plastic Anniversary takes us on a journey from dancehall beat of the first track straight into the compelling horror of The Crying Pill – a slightly unnerving and disturbing track featuring what sounds like a plastic toy saxophone and eerie strings knitted together with a riveting dub interlude.

With further tracks like Interior With Billiard Balls & Synthetic Fat and Silicone Gel Implant you start to get the idea where this album comes from. You get the feeling that if it’s plastic then it was used in the recoding of this album and, if that ‘the kitchen sink’ has every possibility of being in there too!

The title track heralds the sound of a faux horn section which fanfares not only the album subject matter but also the 25th anniversary of Drew and Martins relationship, and is grand and fabulously royal. Thermoplastic Riot Shield takes the running order on a slightly more experimental slant as the weaponry is stroked, rubbed and struck along with a piece of PVC pipe being ‘played’ by a toilet brush. It enters the world of disturbance but satisfies an already curious listener.

And so it continues. Each nook and cranny of this album is a delight to hear and made completely bewildering by the understanding of its source. Album closer Plastisphere relies entirely on bubble wrap, straws and Velcro amongst other things for its content and gives the impression of a natural world of oceans, birds and rain. It’s fascinating and completely encapsulating. A quite brilliant album.

October 28, 2015
We use cookies to ensure that we give you the best experience on our website. If you continue to use this site we will assume that you are happy with it.Ok