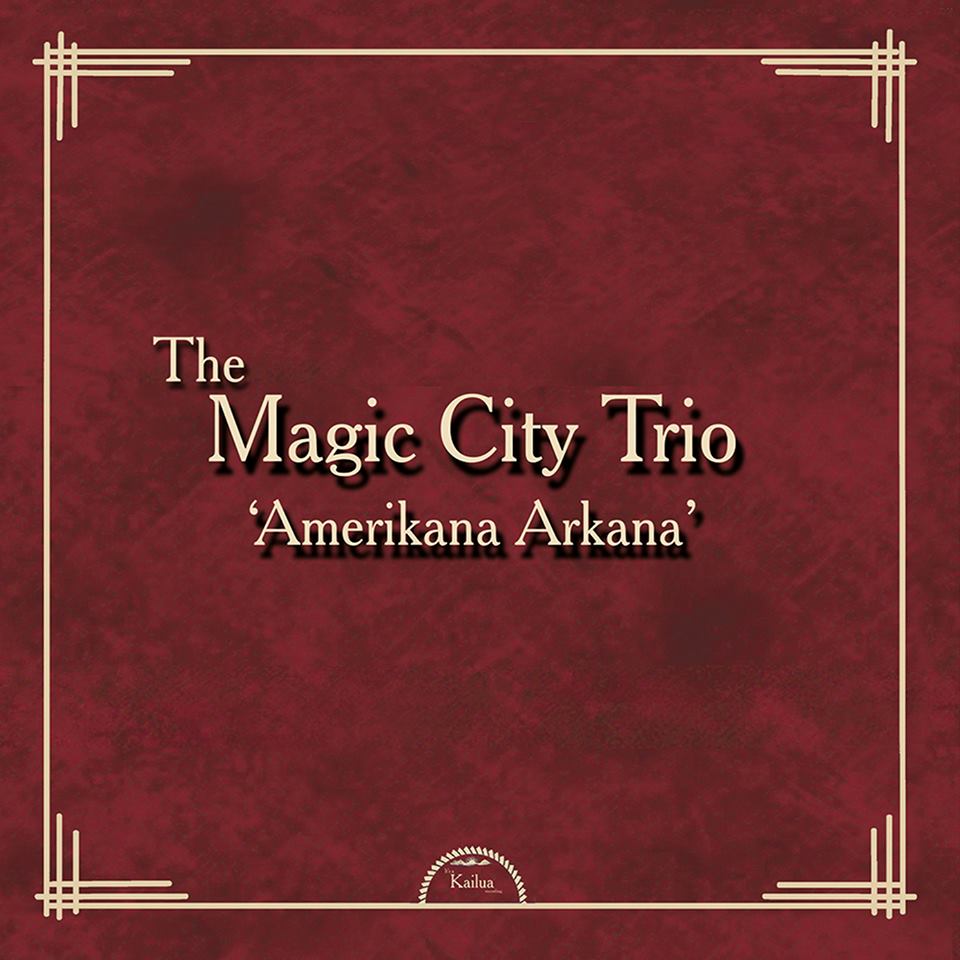 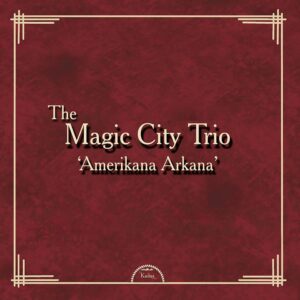 Genius psychedelic country from the London band fronted by Frank Sweeney of The June Brides and Annie Holder, formerly of Annie and the Aeroplanes. Fans of Nancy & Lee or Gram and Emmylou will love Amerikana Arkana, which builds upon the orchestration and mariachi sounds, hinted at on their first release, the well-received 10” EP, A Funnel Cloud in Albuquerque.

Orchestrated cosmic country doesn’t get any better than this. Great vocal harmonies, brilliant arrangements and a classy overall production: that is the sound of Amerikana Arkana, the debut longplayer from The Magic City Trio, led by the husband-wife team of Frank Sweeney and Annie Holder. Singer/multi-instrumentalist Frank Sweeney has appeared on many recordings as a member of classic British indie band The June Brides, with other notable appearances on Primal Scream’s Imperial and Space Blues by Felt. Annie Holder was a member of Annie and the Aeroplanes who were recently rediscovered on Cherry Red’s C88 compilation.

The band – not strictly a trio as such, with two more permanent members, Charlotte Burke on drums and Adi Staempfli on bass- take their inspiration from pre-war country music, through to modern hillbilly noir. There are more contributions from a range of other musicians, and their songs occupy the world of murder ballads, outlaw stories and songs of loss and economic depression. What gives this record an epic scale is its orchestration, which bears the influence of Ennio Morricone and the psychedelic cowboy music of Lee Hazlewood, also with echoes of Love’s classic late ‘60s psychedelic masterpiece Forever Changes. The orchestral sounds are a mix of samples, live instruments, and recordings of actual notes that are stitched together and played by Sweeney, who also produced the album. Inspired by Billy Strange, who orchestrated Lee Hazlewood and Nancy Sinatra’s mid ‘60s records, he says of the recording process: “All the tracks started out with a basic piano track with the chords, and everything else was added on top of this framework.  Once all the orchestral stuff was done , we put on the band instruments and voices on top of that, which is the opposite way it would be done with a live orchestra.   But doing it this way , you end up with a lot of things to mix, so after a couple of failed attempts to mix it all myself , I called upon Brian O’Shaughnessy (who also gets a production credit on one song) and Paul Pascoe, who did the final mix, to rescue it .” Pascoe, whose previous studio recording CV includes Barry Adamson (Nick Cave and the Bad Seeds/Magazine) also mastered the album. Brian O’Shaughnessy has previously worked with The Shamen as well as Primal Scream, on their classic album Screamadelica.

Amerikana Arkana certainly has the warmth and depth of a traditionally recorded country-influenced record from the late ‘60s. This becomes even more evident when playing the vinyl edition, which is beautifully packaged, including a booklet of photos and lyrics. And it’s good to know that they’ve started working on their second album already.