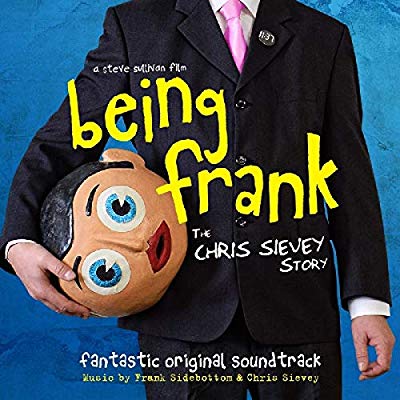 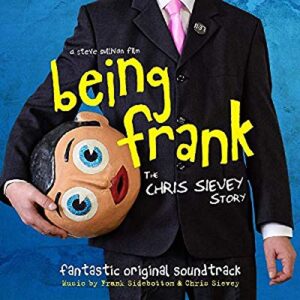 Cult comic hero Frank Sidebottom is the subject of a critically-acclaimed documentary, titled Being Frank – but the film isn’t just about the instantly recognisable character, focusing more on the man beneath the giant fibreglass head. This accompanying soundtrack gives an even better insight into the creative songwriting genius of Chris Sievey, with a masterfully mixed melting pot of pop and outsider art.

Frank Sidebottom could have been remembered as a curious artefact of Manchester culture’s past; an eccentric in an offbeat city, not out-of-place in the footnotes of Madchester retrospectives. However, with the documentary running alongside an exhibition of Sievey’s archives, interest in Timperley’s favourite son seems like it’s never been higher. Radio stations of note can be found airing his nasal-voiced singles; journalists are suddenly turning out a new range of features on the cult hero; some Frank fans have even dubbed the resurgence ‘Frank-a-mania’.

In this record even more than the film it accompanies, Chris Sievey takes precedence over his larger than life alter-ego; Frank features in only six of the LP’s 21 tracks. The rest of the track list is an introduction to all corners of Sievey’s profilic discography, both as a solo musician and with underground indie-punks The Freshies. There are even a couple of tracks written by a teenage Chris and his brother, Martin.

One of the most remarkable things about this release is the degree to which the album provides a coherent listen. As a compilation spanning some 30 years, it’s a triumph of the project’s curators, therefore, that the record works as an album – albeit one chronicling the frenetic creative vision of a man like Chris Sievey. Snippets of conversation, rehearsal and preparation sit between the first few tracks, giving the record a Let It Be feel as much as the songwriter’s devoted imitation of Lennon and McCartney.

Side B of the record is where Sidey rears his exceptionally large head, with Timperley Travelogue – a track whose instrumentation is borrowed from Slump, the pre-Frank song found earlier on the record. The second half feels more like a compilation than the earlier section, but is held together by the recognisable lyrical irrelevance and melodic flair that runs through Sievey’s compositions.

Even as the deliberately novice Frank flexes his negligible musical muscles, the choice of cuts sits very well alongside those of Chris’s. There’s even an instance of Chris demoing a Frank song, although the liner notes still attribute the writing to Sidebottom!

The artwork for the vinyl picture disc – side A featuring Frank’s eye and the reverse displaying an image of Sievey artfully daubed with house paint – may indicate a strange or humourous listen, but this is not entirely the case. The unfettered and often bizarre creativity of Sievey cannot and should not detract from the fact that there are some truly magnificent songs on this album. From the early Beatlesque tracks to poignant closer Life With the Lyons, this release is as much a celebration of an underrated composer as it is a soundtrack to a film about artistic madness.

Far more than a companion piece to the undoubtedly fantastic film, this soundtrack album is a superb introduction to an artist whose work was not truly appreciated in his lifetime. With Chris Sievey’s archives now preserved at Manchester Central Library, we can only hope more gems will be released in the future.

You know they should, they really should.

A special ‘Frank’s World’ tribute night to Chris Sievey (and Frank) will take place on May 17th in Manchester. Find out more here.