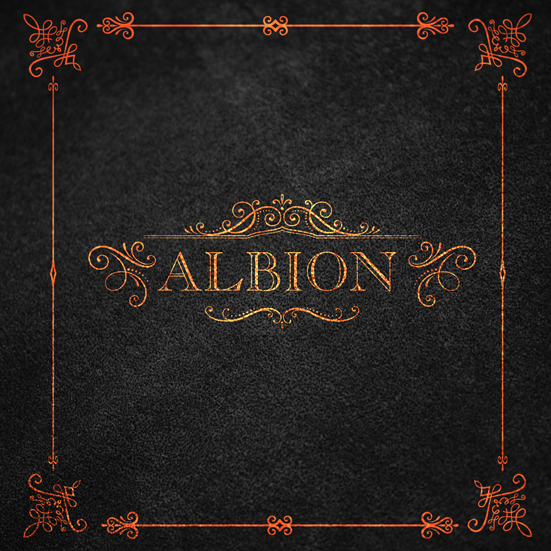 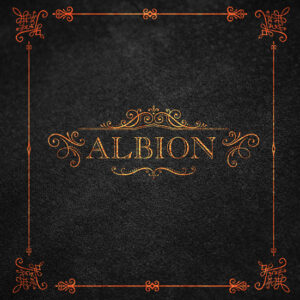 Ginger Wildheart – Albion (Via Pledge Campaign)
DL
Out Now (but the pledge campaign’s over now so you’ll have to wait for proper release via Round Records on 31st March 2014.)

With the 10 track commercial release coming out on March 31st, it’s high time to review the 15 track Pledge Music version of Ginger Wildheart’s Albion. A timely reminder of what you miss out on if you don’t pledge!

As you must surely know by now, Ginger Wildheart is the most successful and prolific artist using the Pledge Music format at the moment. Each of his projects has beaten his previous Pledge record; Albion achieved 100% of its target in approximately 1hr 8 minutes. While you need a loyal fan base to achieve this, you also need to give them something worth investing in. Ginger has never lost sight of this and his commitment to his followers shows what a 21st century rock star should be; talented, flamboyant, opinionated but not arrogant or uncaring. And, above all, committed to his craft.

It won’t surprise any of you long term followers that Albion is vastly varied piece of work. It gives us rock, pop, noise, soundscapes, lush harmonies, vitriol and love in equal measure. Mr Ant used to say “you may not like it now but you will”. This fits perfectly here; not many people will love every track on the first listen, but I think Ginger’s fans are coming to appreciate the quality that comes with his magpie talent for a tune. Let’s begin ….

Drive starts with a Sparks style intro before launching into a straight ahead singalong road song. Maybe influenced by his road trip around the UK coastline last year (included in the DVD with the Pledge version), it celebrates the road as a meditative way forward. It wouldn’t be out of place on 555% with a noisy middle eight breaking up the big chorus.

Suddenly it ends, and we’re into Cambria; initially a hefty slice of noise, Frankenstein Effect style, before leading into a gorgeous, sugary section with help from Victoria Liedtke, his vocal foil and Hey! Hello! colleague. A celebration of Cambria. I’ve never been, but now I’m tempted.

The Road To Apple Cross follows, wearing big, noisy boots. “When self-control is walking, who’s taking hold of the situation?” Another tuneful chorus; “let me help you carry that weight around”. This is great, and not available on the commercial release. You will begin to see a pattern forming; the 10 track version is very good, but you really are missing out if you didn’t pledge.

The Order Of The Dog takes us into more of a soundscape. It reminds me of the woozy melancholy of Market Harbour. “Wipe the smile off your face, sunshine; the truth, it should’ve hit you like a punchline”. The inevitability of a depressive episode; sometimes we fight, sometimes we surrender to it. There is no right way. This is all the more moving to me due to the high level of musicianship on show; it’s restrained but layered. Technically The Ginger Wildheart Band, all involved are perfect sonic companions for Ginger’s broad palette. Usual suspects take a bow; Chris Catalyst, ‘Random’ Jon Poole, Denzel, Rich Jones, Victoria. Plus the addition of Bryan Scary on keyboards and Lord knows what else.

Chill Motherfucker, Chill, another Pledge only track, takes us back into lush melodic territory. “Sometimes you are the shit, sometimes you are the pan, this you must understand”. An anthem of sorts. Is this Ginger’s advice to himself or to us? Either way, it’s sound advice.

Burn This City Down sees Ginger share vocals with Chris Catalyst, a pairing I for one would like to hear more of. You can imagine Chris pogoing to the chorus (if you’ve ever seen Eureka Machines). It’s almost Floyd like in parts and no worse for it.

Body Parts was the first song to be released to Pledgers, and now it’s like an old friend. Huge, cheesy tune set to a stop-start rhythm. An ode to celebrating your body just as it is, in its unique glory   (I think). The Pledge competition for fan-made videos was brilliant, and the first entry with groovy dancing skeleton will be hard to beat. Top work.

The Beat Goes On (Caledonia) is another catchy tune. Initially sounding like Girls Are Better Than Boys before morphing into something altogether more Abbaesque. To these ears, anyway.

After All You Said About Cowboys was due to be on 555%, but was put on hold until Ginger was happier with the format. It reminds me more of Yoni; slick and dreamy but with a lyric that makes more sense to Ginger than us.

Grow A Pair starts with a definite nod to Duran Duran before kicking off its espadrilles and blasting out a Ginger-sized chorus. Not likely to hear it on the radio, which is a shame. It’s a bit nuts(pun intended) and I love it.

I Need You, another Pledge exclusive, is a summery singalong. The chorus has a hint of Rocky Horror to it; yep, it’s catchy alright. Not arf. Sounds good in the car.

Capital Anxiety sounds like it was wrenched from the Mutation projects; raw, fast but tuneful. Heavy and clever, with a chorus that Motorhead would appreciate.

Into This is pretty much the polar opposite. No idea what those keyboards are at the beginning, but I like it. Light and dreamy.

Creepers wallops in with an intro reminiscent of Bowie but I’m damned if I can pin it down, then it’s West Side Story, then Victoria takes it to a beautiful place, as only she can. It must be very busy inside Ginger’s head. I’m beginning to see/hear why he has to release so much music. Still, the quality control is impeccable.

Albion, at 10 mins 26, brings the album to an end. What a ride. I can’t pretend to understand it, but it’s worth the entry fee alone. Yeah, I know; they all say that. What does it sound like? It sounds like Ginger. Not quite as complex as Time, but certainly pushing boundaries. Prog, in the contemporary sense of the word. Sky reaching stuff. Uplifting, odd and somehow optimistic. That’s what I’m left with.

I’ve been listening to this album since we Pledgers received the downloads before New Year. I’m just getting my head round it. That’s a very good thing. Some of it will grab you straight away and snog your face off. Some of it will puzzle the hell out of you. It’s related to ‘555%’ but stands on its own. What I DO know is that if you are a music obsessive, if it rules your life and your bank balance, you need this album. You won’t regret it.