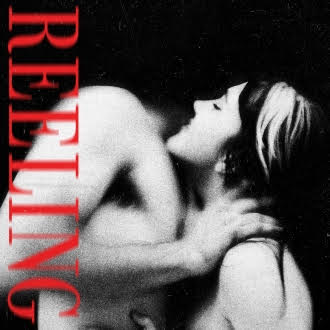 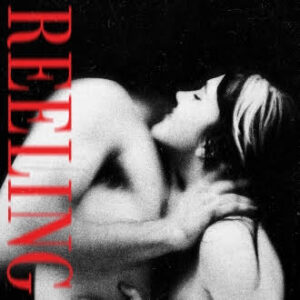 The Mysterines finally arrive with their long awaited debut album that goes straight for the jugular, with thirteen tracks of supreme quality garage grunge fronted by the tantalising hair raising vocals of future rock star Lia Metcalfe, backed by her band of sonic brothers. Wayne AF Carey does the business…

The Mysterines debut album Reeling was made under the watchful eye of acclaimed producer Catherine Marks (Wolf Alice, The Big Moon, PJ Harvey) over three weeks in between lockdowns at Assault & Battery studios in London, recorded live to capture the intensity of the songs. “It’s a pretty ambiguous title for most people, but for me Reeling sums up every emotion of the album in just one word,” says Lia. “It was the hardest thing I’ve ever had to do,” she explains.

Grief, self-destruction and heartache run heavy through the record, but all are brought together by the blackest of humour. The dirty desert blues of Life’s A Bitch was actually meant to be the first single, “but it turns out I say ‘bitch’ too much on it,” chuckles Lia. Other tracks run the gamut from the grunged-up country of Old Friends, Die Hard to the giddy, free-falling On The Run, Lia’s unique take on the tale of the teenage runaways in Terrence Mallick’s iconic Badlands. Then there’s the creepy, cultish Under Your Skin, which is The Doors by way of The Manson Family and the Stooges-esque The Bad Thing, of which Lia says: “It’s the most fun to play, and the words I find really funny as well – I’m digging someone up from the grave that I used to love.”

Why is this Album Of The Week?

“Back in the early Nineties a little band called Nirvana arrived in Manchester riding the coat tails of Tad and Mudhoney and blazing a trail of grunge mayhem across the city after the wild drug fuelled days of Madchester, slap bang in between the soon to be known Britpop scene. I was caught in the middle of it all along with our main man John Robb who produced a lot of these little offshoot bands springing up on the underground. We were the outsiders at the time, bands like Fruit Tumor, Jacobs Mouse, Thrush Puppies and Flatback Four, also including Kerosene who started off with Dead Dead Good Records and signed a deal with Sire, having a brief whiff of success. The main band I have to make note of here though were Skywalker, a trio of incendiary bruisers who had to change their name to Solar Race in the event of a looming lawsuit from George Lucas. They were an ace punk grunge attack fronted by the late great and unique Eilidh Bradley. They were that good at the time even Steve Albini and Courtney Love took note of the raw power oozing from their pores and they were ironically signed to the Stone Roses label Silvertone. The reason I mention this is the new scene evolving in the North of cracking noise bands such as The Battery Farm, Stepford Wives, Horsemeat and The C33s. Music has gone full circle and the excitement is mounting. A hard working Liverpool band that have created their own path, trudging the tiny venues against all the odds, which mirrors our own scene of hard graft, pushing against the mundane bollocks that hoodwinked the kids. The Mysterines have unconsciously tapped into the blueprint laid by Solar Race and produced a debut that deserves to be on repeat for the rest of this year.”

The album launches straight in with the incendiary Life’s A Bitch (But I Like It So Much), a nice blast of raw garage with Lia going in for the kill with her powerful vocals. Hung Up has a huge chugging riff and a massive chorus that drags you in to the whole world of premium grunge that recalls Hole at their best. Reeling chills out for the next three minutes, a slow burning bass line that builds into a nice garage riff and the sultry vocals from Lia.

Old Friends Die Hard recalls early Dry era PJ Harvey. A swinging country style number full of dirty venom and sleazy fuzz that keeps stacking up the tension. Dangerous is just pure classic rock that has it all. A slow number with a massive sound coming from Lia’s henchmen George, Callum and Paul. A brain nagging infectious sprawl of quality sound. On The Run goes into country territory again and is probably the closest they’ll get to a pop song with those addictive harmonies.

Under Your Skin is a brilliant slow burner that Mark Lanegan would be proud of. Haunting vocals that chill you to the bone and gives us a nod to that Bad Seeds sound we know and love. The Bad Thing has a dirty dark garage sound that floats over a killer bass line, speeds up and wigs out with a bit of mad psychedelia and echoing powerful vocals. In My Head is just a massive tune that never gets boring. I’ve heard it that many times and I’ll never tire of it. A stadium sized anthem with a huge sounding riff that explodes with crunching stop start vision.

Means To Bleed kicks in with a bass line familiar to Metallica (no shit!), then explodes into a punk as fuck rush of fury and power vocals that hit you in the face. A three minute sonic thrill topped off with a fuzzed up guitar solo. All These Things is another number that flirts with pop, stunning vocals that lead into another massive chorus that could break them into the mass market of Americana across the pond. Still Call You Home is a smooth acoustic ballad with nods to PJ Harvey again, yet in Lia’s own heartfelt vocal range that has the power to pack a punch without having to scream out loud. Album closer The Confession Song is a dark track with a haunting back drop that harks back to the moody days of The Doors with a pinch of The Blinders added like a drop of blood to your cocktail of choice.

A chilling spooky end to an astonishing debut album that should rocket The Mysterines into the mainstream or I’ll eat my coat. I don’t wear a hat and mine’s a Guinness Lia!