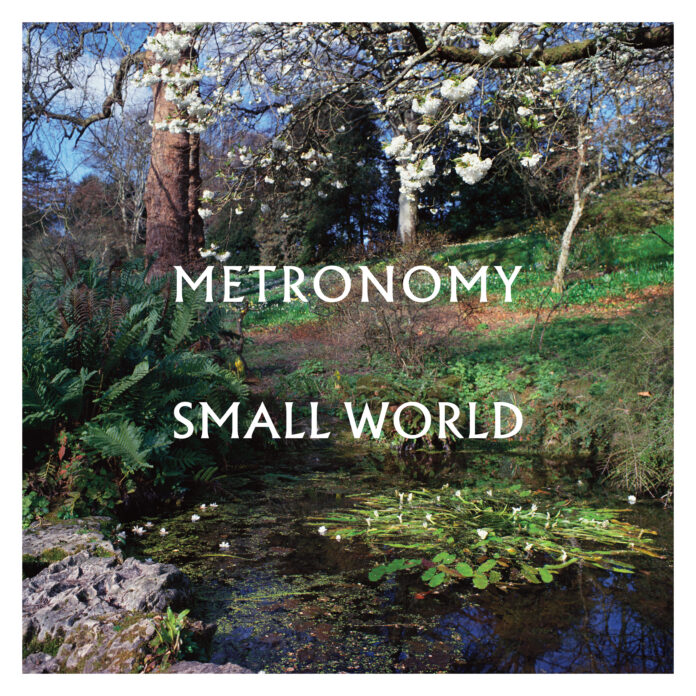 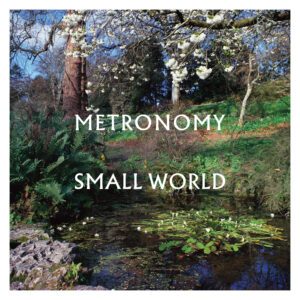 Back with their seventh album, Small World, Metronomy do what they do best. It may be more stripped-down and more grown-up than anything they have done previously, but the quality is maintained. Gordon Rutherford gives it The Look for Louder Than War.

“Life is like a box of chocolates. You never know what you’re gonna get.” The line, of course, spoken by Tom Hanks in his role as Forrest Gump in the eponymously titled, multi-Oscar-winning movie was his homespun, innocent take on the ups and downs of life itself. Substitute the word ‘life’ for ‘Metronomy albums’ and you don’t lose an ounce of accuracy. To date, we’ve revelled in six Metronomy albums. Like siblings, they all share the same distinctive DNA, yet all have their own special personal characteristics. From the eccentric electro-dance of their debut, Pip Paine (Pay The £5000 you owe), to the slick pop masterpiece (please don’t call it yacht rock), The English Riviera (the tenth anniversary reissue of which I reviewed for these pages). From the Brill Building reverence of Love Letters to the sprawling florilegium of their most recent album, Metronomy Forever, they all have their own unique feel. All slightly different, yet all unmistakably Metronomy.

Now here they come again with their seventh album, Small World. No surprises, it’s a surprise. Once again, a Metronomy album arrives charting a different course from its predecessors, perhaps even more than any of their previous albums. This time, however, it’s not enough to produce an album that feels different from anything that has come before. No, Small World flits from genre to genre within its own boundaries, resulting in an album of incredible diversity. The launch single It’s So Good To Be Back is twenty-four carat pop; archetypal Metronomy (if there is now such a thing), a feel good jaunty tune that it’s impossible not to sing along with. However, it’s one of a kind. Nowhere else on Small World will you encounter anything else quite so breezy. There’s the late-night piano bar ballad, Life And Death and jangly indie-pop of Things Will Be Fine. There is sixties-tinged psych of I Lost My Mind and the shimmering reverb of Hold Me Tonight, which is somehow reminiscent of The Cure’s Close To Me. There’s even a world-weary waltz to close the album down in the shape of I Have Seen Enough.

If anything, Small World is Metronomy’s understated lo-fi album, the one on which the main man, Joe Mount, has a stab at infusing his songs with the essence of Pulp and Pavement. These songs are more stripped down and grown-up than ever before. There are a couple of theories behind why that might be so. Firstly, the maturity factor. Mount, after all, is now in his late thirties. That experience brings a wistful, sometimes cynical, feel to many of the lyrics, the perfect example being the opening track, Life And Death, where Mount melancholically contemplates his existence by proclaiming “It was fun, what I did/Got a job, had some kids/See you in the abyss”. They are lines that wouldn’t be out of place on a Nick Cave song, although perhaps that’s no real surprise given that Mount, just like Cave, has always had the ability to make you laugh and cry simultaneously. His wryness extends to the titles of the tracks, the perfect example being Things Will Be Fine, where he spends three and a half minutes trying to convince himself, and us, that it really will be. 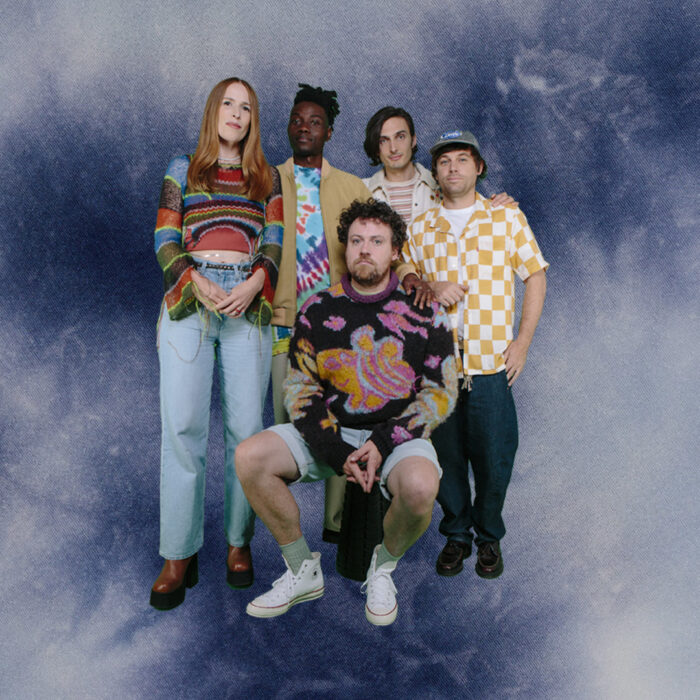 Comparisons with Cave do seem strange when we are talking about Metronomy. Yet there is another striking similarity in the form of the album’s cover art. The dreaminess of the artwork, the leafy glade and tranquil pool remind one of Ghosteen’s cover. However, that’s where the similarities end. Unsurprisingly (for once), for all Small World’s slightly despairing world view, the two albums are poles apart musically. Maybe we have to wait for album eight for that radical departure.

The second reason for the feel of the album is that Small World is a product of peak-2020 lockdown and it feels as though it has its roots firmly embedded in that dark period of very recent (or is it current) history. Indeed, Mount has acknowledged how the stillness and sadness of the past two years has impacted his writing. Therefore, Mount’s muse is different as is his mood, it feels much more introspective, which leads to the tenor of Small World being notably different from the band’s previous output. Rest assured, however, the quality of the songwriting remains exemplary.

Two examples spring to mind. Firstly, there is the archly knowing, arty Loneliness On The Run, which has a chord structure to die for. Then there is the killer melody of Right On Time. This is a song built upon that trademarked Metronomy groove, with a delightfully plinking synth and lazily strummed guitar. The key ingredient, however, is Olugbenga’s elastic bass, which, for once, is set free and given full licence to flourish. In tandem, all the parts combine wonderfully to create the sound of hazy summer days.

My one criticism of Small World relates to that bass work of Olugbenga. Or rather, the lack of it. On both The English Riviera and Love Letters, his bass was as integral to the Metronomy sound as anything else. The Bay simply wouldn’t be as magnificent without that bass line. I would like to hear his contribution to be further back up in the mix on future Metronomy albums.

Small World is another change of direction for Metronomy, this time a deviation greater than normal. Despite that, the quality of the output remains consistently high, confirming, once again, that Joe Mount is one of the finest songwriters of his generation. Each and every track on this eclectic jewel brings something a little different to the party. It’s undoubtedly a grower; there is nothing here to match the earworm-quality of The Look nor anything as immediately attention grabbing as Love Letters (the song). But give these tunes time and space and, just like another box of chocolates, they will grow on you.