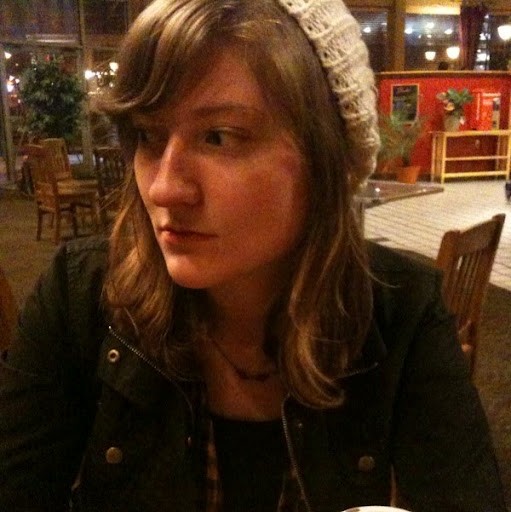 We have a bit of a penchant for left-turns and curveballs here at Louder Than War, so this week’s Album of the Week is something a bit more mellow. We also admit to quite liking unsigned Californian singer Lauren O’Connell, which is a happy coincidence, as it’s her new record Quitters that we’re talking about. Lucy Holt is certainly a fan anyway…

Please don’t read this review. Don’t waste your time. Just skip to the part where you buy the album and then you can go and put the kettle on instead. The following paragraphs will consist predominantly of shameless preaching, in as many variations as possible, about why it is imperative that you listen to Lauren O’Connell’s new album Quitters (released on 2nd March) at the first possible opportunity. Think of it as the QVC channel for the culturally engaged.

The intelligent thing to do would be to take my word for it and go and pre-order the album now. (I’m fairly sure it will come with some extra goodies if you’re proactive about this). Alternatively, if you’re not the sort of person inclined to trust an anonymous and totally unqualified voice on the internet with a major lifestyle decision such as this, I advise you read on, but I can’t promise that things will get much more coherent or articulate from here on in”Â¦

Lauren O’Connell tiptoed onto the music scene with her 2007 debut Sitting in Chairs, a beautifully simple one-track acoustic album. Her third offering Quitters is a lot more confident and has a heck of a lot more gumption in it that the title would suggest. The album captures perfectly the sound of the ultimate American road trip; Lauren herself hailing from Rochester, New York and ending up in California. If big horizons, sunsets and campfires had a soundtrack, it would be this. It’s not quite country and not quite folk, just a lovely happy medium that’s as far from Dolly Parton as it is from Laura Marling.

The album opens with the understated optimism and infectious percussion of ”ËœEvery Space’, topped off with Lauren’s inimitable warm sun-and-whiskey-drenched vocals. ”ËœI Will Burn You Down’ follows, with jangly guitar and raw, lamenting lyrics; roughly along the lines of “pull yourself together and move on”, just a lot more eloquently put.

The duet ”ËœI Belong To You’, with fellow California-based singer Ryan Lerman, is full of harmonies and oohs and ahhs, and everything you could really ask for from a love song. It features the Wilco-countering line “nothing is just born to die”Â with infinite more positivity and sincerity than Lana Del Rey could ever feign. The dreamy ”ËœIn The Next Room’ is the penultimate track on the album, with the strings and keys creating a waltz-like quality.

Considering all this, it would be too easy to mentally file Quitters along with all the twee fauxksters, next to the boutique bunting and teacups gathering dust in the synapse of your brain that resembles an Instagram’d basement in Brixton. But there’s something a lot more authentic about this album. The girl’s got guts. There’s plenty of feist in the brutally honest lyrics of ”ËœMaybe True Stories’. It’s also present in the stunning, nearly-eight-minute-long ”ËœIf Found/Gravity’, which contains the unrelenting refrain of “I want something returned to me”Â. Perhaps captured within this one song is Lauren’s whole musical career thus far; from a sweet and uncertain beginning, to a powerful crescendo of tenacity.

Ignore this review. Don’t listen to it. Listen to Lauren O’Connell. She’s might not be shouting very loudly, but what she is saying is with conviction, and the way she’s saying it is beautiful.