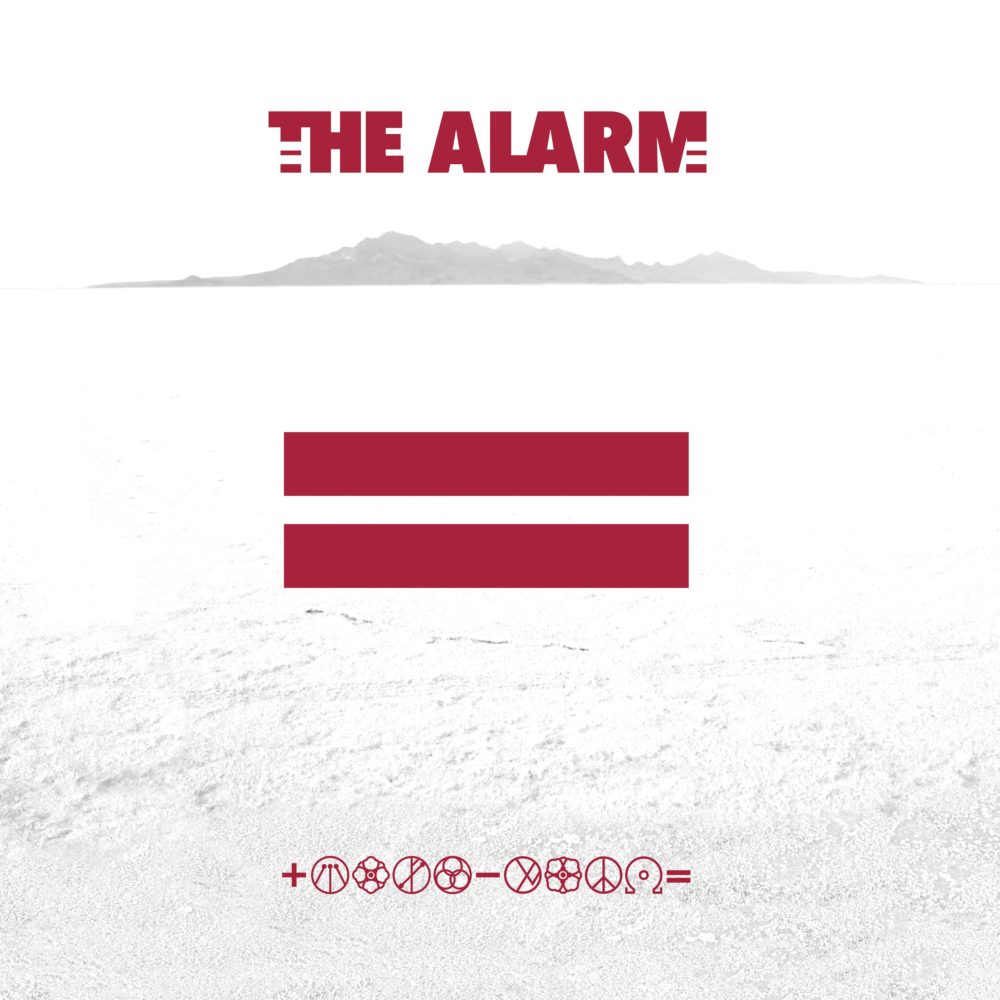 Mike Peters returns with the first Alarm album in 8 years. The album is a typical Peters blend of poignancy & emotion, inspirational optimism in the face of adversity & socio-political comment. The stirring positivity is all the more admirable and poignant based on what Mike and Jules have gone through health-wise in recent years. It is all sound-tracked by a bombastic combination of acoustic and crashing raucous electric guitars, pounding rhythm section and bolstered by an additional keyboard/electronic element throughout.

Suffice to say with all that they have been through, getting 170,000 people to sign up to the International Bone Marrow Donor Registry through the work of his charity Love Hope Strength, and recording this new album, Mike & Jules Peters are an inspiration. They are determined and steadfast and refuse to be knocked down.

So I feel guilty that my first comments on the album are slightly negative. However, my first thought on hearing opening track Two Rivers is, when did the Alarm embrace EDM? The album opens with full on synthesisers, and overall for me the track is a bit too reminiscent of 30 Seconds to Mars, with the synthesisers and “woah oh oh oh ohs”. That may not sound like a bad thing to many, but personally, I’m not a fan. There are however wee reminders of The Alarm I know and love with a bit of harmonica, passionate lyrics and obviously Mike Peter’s familiar warm and comforting familiar voice.

While there is an element of synthesisers/electronica present through the whole album, after Two Rivers, the sound is the more of the familiar passionate rock I would associate with The Alarm. Jules keyboards adding depth and an additional layer of dynamism to the songs.

There is never any doubt in the spirit that is present on music recorded by Mike Peters and Beautiful is an upbeat track full of hope and optimism. You can clearly hear one of Peter’s trademark sounds – the acoustic guitar played through electric pick-ups.

Coming Backwards sees Mike rekindle his acquaintance with The Cult’s Billy Duffy, where he joins the rest of the band – accomplished guitarist James Stevenson and ex-Mescaleros drummer Smiley alongside Mike and Jules on the track to bolstering the guitar sound and melding all the elements together flawlessly.

Transatlantic, Crowd Trouble & Peace Now are more of the Alarm I know and love. Peace Now being a passionate plea and statement of determined commitment to harmony. “Peace now, peace today, peace tomorrow – that’s what I say”. No guitars in the war machine indeed.

As I listen to the rest of the album, I start to reflect on how the electronic elements add to and enhance the soundscape on many tracks. Take 13 Dead Reindeer for example – the keyboards bring to mind elements of bands like Republica/Garbage and layered with the other instruments and backing vocals adds a welcome additional texture to the song. I have by now started to wipe from my mind my initial trepidation on hearing Two Rivers.

Cenotaph is another strong Alarm track – a real signature track both musically and lyrically. While Hellfire is almost Muse like in its intro and pounding drumming. The track also pays tribute to Peters time as vocalist with Big Country with the lyric “ If I should die in a combat zone, box me up and ship me home” reflecting Adamson’s lyrics in Where the Rose is Sown.

Tomorrow is a strong final track, mixing acoustic and electric guitars and keyboards. The upbeat message advocating triumph over hardship and looking forward to a bright future. “Stay positive, stay strong, whatever you think you are today, you can be tomorrow”

Strike my first comment about EDM, with the rest of the album being as strong as this.