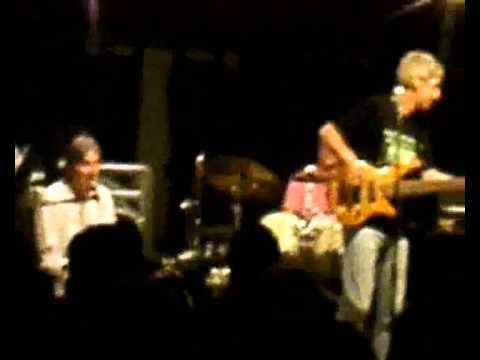 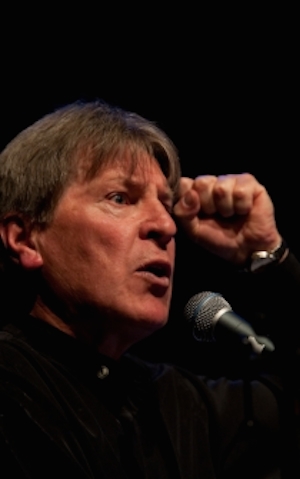 Keyboard player of The Animals and reknowed British musician Alan Price entertains the crowd with his usual monthly residency at The Bulls Head, Barnes. Louder Than War’s  Craig Chaligne reviews.

Alan Price and his band have been playing a monthly residency at The Bulls Head for a long time. At first it was to keep the band in practice in between tours but for the past two years it has been the only place where you can catch Mr Price and his associates.

The Bulls Head has been recently refurbished following a change of ownership and what used to be the music room has been swallowed up by the rather posh Gastro pub (7 pounds for a sandwich… gulp) while what used to be a Thai restaurant at the back has been converted into a music venue with separate bar. The room is pretty small (150 people at the maximum) and you feel privileged to be able to catch such a great musician in such an intimate venue.

Price arrived at 8.30 and announced that following an accident with his golf cart a couple of days before the gig, his left was very swollen and with a straight face said that he we weren’t pleased with the performance, we were more than welcome to ask for our money back at the end of the evening. He started the first song solo and was gradually joined by the whole band. Each band member was given space to express himself with guitarist Bobby Tench covering Carlos Santana’s Black Magic Woman (introduced by an absolutely hilarious speech from Mr Price) and Zoot Money covering Louis Jordan’s Let The Good Times Roll and his own Ain’t Nothin’ Shakin’ But The Bacon. Price is renowned for his in between song banter with some of his speeches exceeding the actual length of the songs.

We were treated to a medley of songs from the soundtrack of the O lucky Man movie for which Price received a Bafta (“It’s somewhere in the garage” said our host). An extremely good cover of Jackson Browne’s “Say It Isn’t true” featuring a blistering guitar solo from Bobby tench was the highlight of the evening closely followed by a fantastic medley that grouped together Money, Little Richard’s Lucille and The Box Tops’s The Letter. No “House Of The Rising” that night but we still got a fare slice of Mr Price’s most famous ditties : We Gotta Get Out Of This Place, Simon Smith and His Amazing Dancing Bear, Just For You and The House That Jack Built. The rhythm section of Peter Grant and Darby Todd were given their spot in the sun too, each having their own solo’s to showcase their dexterity.

You can find Alan on his personal website, to check Alan Price live dates at The Bulls Head visit here.