Home Blogs Alan McGee speaks to us about the death of his life long... 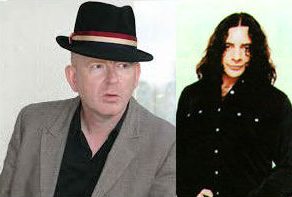 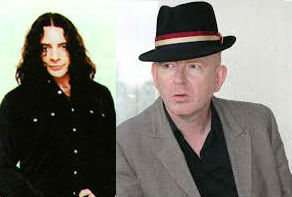 Alan Mcgee knew Throb from Primal Scream from their teenage years in Glasgow and also released his records when Throb played guitar in Primal Scream.

‘Robert ‘Throb’ Young was a beautiful human being and a genius musician.

His death is a shock and my thoughts go out to his family and kids.

I knew him back from Glasgow before the bands, before Creation- we go back nearly 40 years. He wasn’t just the guitar player in Primal Scream he had a big hand in writing some of the classic songs like the great ballads on Screamadelica – I’m not naming songs but his contribution was big.

He was not just the lead guitar player he was a huge creative part of the Scream.

They had already become a far better band when he went onto lead guitar.

He was a truly beautiful, gentle person. I guess it’s that old cliche of live fast die young…

We knew eachother from back in Glasgow – I was still at school when I first met him. I was in the 5th year and I guess I was 15 and he was about 11. The next time I met him he had a Joy Division ‘heart and soul’ tattoo and was into punk rock like the rest of us.

Why was he called Throb? well he was a big lad if you know what I mean- I remember him getting it out once, it was a frightening thing and he chased us down the road with his baby’s arm…(laughs).

He was a total rock god, a guitar hero and a total dude. When it came down to a fight that would happen in the 80’s he stood next to me and would never let you down and fought with me against the neds. I’m really cut up that there has been a tragic ending to his life and will miss him deeply.’